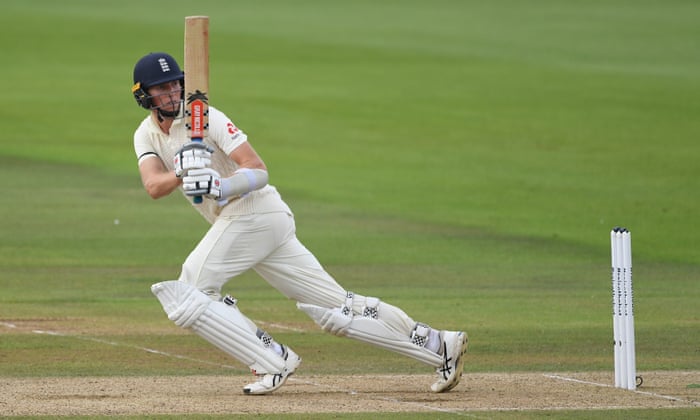 Zak Crawley pushes the ball through point for a single. The scoreboard operator at the Rose Bowl clicks another run on to his total. Up in the England dressing room, an analyst logs the run on his laptop, along with its associated metadata: a full-length ball, just outside off-stump, seaming away slightly, played off the front foot, with control. On Sky Sports, a graphics operator adds the run in real time, moving England’s score to 28 for one. Meanwhile on Cricinfo’s live database, Crawley’s innings score and live career average are updated accordingly.

These days, cricket can increasingly feel like a game drowning in data. Watch a day’s play on television and you will be beaten into submission by an increasingly elaborate array of graphs and graphics, tables and lists, numbers of significance and numbers of pure irrelevance. Tune into Test Match Special and Andy Zaltzman is cheerily reeling off all the records and milestones that have been ticked off in the last 15 minutes.

This is fine. This is normal. Cricket has always been the sort of sport where you can indulge in as much or as little of the number-crunching as you wish. In an often mystifying game, numbers offer the illusion of shape and plot. Some tell entire stories in their own right: 952-6, 501*, 99.94, 19-90.

The problem comes when you start to imbue the numbers with a weight and a significance that they are unable to bear. This is particularly true of new or young players in international cricket, for whom the early part of their career can often feel like a mad scramble to identify some pattern in the data. Proposition one: Dom Sibley gets caught down the leg side a lot. Proposition two: Dom Sibley has still only played a handful of Test matches and it’s preposterous to draw those sorts of firm conclusions based on a mere sliver of available evidence. Only one of these really holds any water, and unfortunately for Sibley it’s not the one you can build articles and Third Man analysis segments around.

The other main problem arises when you confuse the power to explain with the power to predict. When you confuse evidence with knowledge. When Crawley walked out to bat shortly before 11.30am with England 12 for one, there was nothing in our existing frame of statistical reference to suggest that when he returned to the pavilion that same evening, he would do so with 171 unbeaten runs to his name. His previous highest Test score was 76. He had a first-class batting average of 31, with three centuries in 73 innings. Based on the gloomy overheads, you might have pegged him to a low score. But you wouldn’t have known either way. 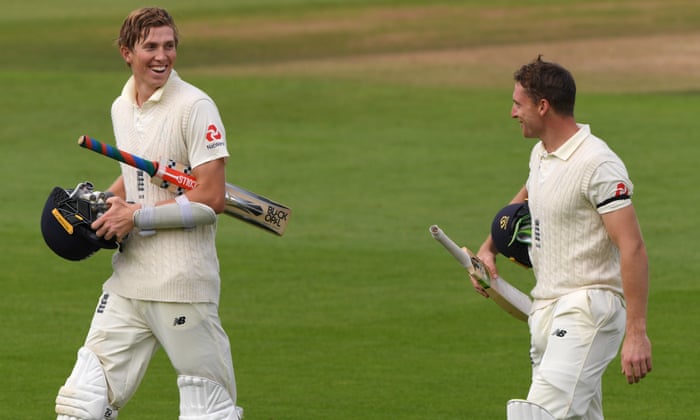 Crawley is one of those batsmen who dictates situations. Partly this is a function of his height, which drags bowlers off their lengths, narrows their margin for error, minutely shifts the terms of engagement. He pulls and hooks attractively, drives with a big stride, leaves firmly and aggressively. His temperament appears sound for a player of his 22 years. Joe Root describes him as “the youngest 40-year-old he’s ever met”. None of the above is provable, by the way. You can’t justify it with numbers. Which is why, as of 11.24am on Friday morning, Crawley remained all conjecture, all potential, a vessel of hope and promise that needed a big number to give it some heft.

Perhaps the most impressive part of his innings was the way he adapted himself to the challenge. He counterattacked against the swing of Shaheen Afridi. Against Mohammad Abbas, he advanced so far out of his crease he was in serious danger of obstructing the field. The early spin of Yasir Shah was driven, driven, driven, and then classically cut for four. Against the pace of Naseem Shah, he stood tall and played the ball at the top of its bounce. As Pakistan tried to tempt him into a false shot, he slowed his pace and left judiciously. As the field went back, he pushed and jabbed for singles. As Pakistan tired in the evening, he cashed in.

Those who have seen plenty of Crawley in county cricket have long argued that his talent transcends his numbers. Canterbury is a tough place to open the batting. His breakthrough season in 2018 saw him master some torrid surfaces. Michael Vaughan and Marcus Trescothick both succeeded at Test level despite modest county records. All of this, some will argue, is evidence that Crawley has what it takes to be England’s No 3 for the long term.

But in a way, none of this is any more definitive. Anyone pencilling Crawley in for the Gabba or making bold comparisons to Len Hutton or Jonathan Trott is, like everyone else, simply peering into the fog. Cricketing nous and empirical data aren’t a simple binary. Just as talent can’t purely be defined by numbers, you can’t extrapolate a Test career based on a gut feel. As he walked out, Zak Crawley was still an unknown quantity as a Test batsman. All we can really say for certain is that we know a little more about him now.