At the end of July in India and Nepal celebrate the festival Nagapanchami. On the fifth day of the Holy month of Shravan Hindus worship snakes, who are considered earthly incarnations of the Naga. Naga — they are mythical snake-like creature with a human torso and head. With the beginning of the month of Bhadrapada comes the monsoon season, snakes are forced out to the surface from their flooded homes. Upstairs they met with open arms by the people. 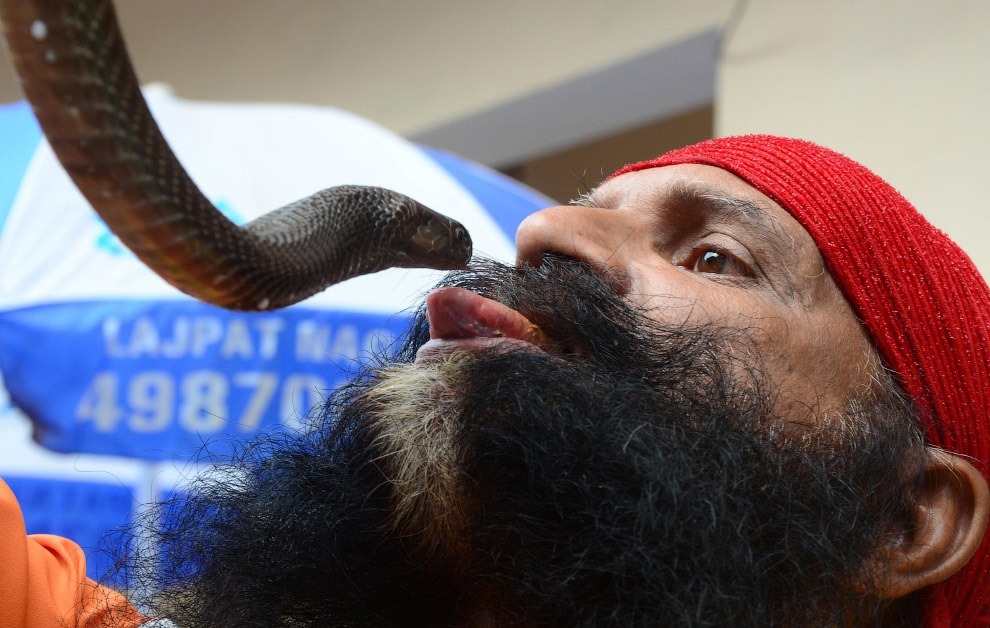 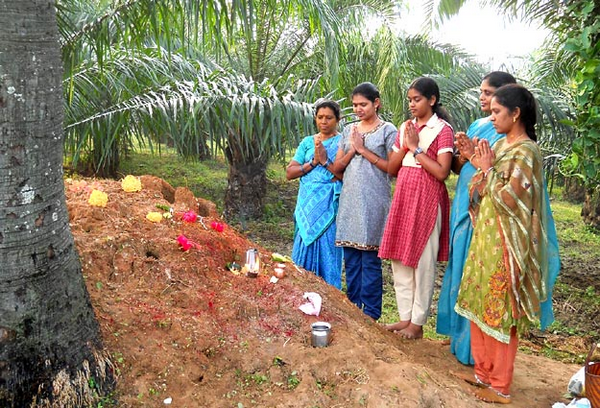 The day of Nagapanchami, no one works. The heroines of the event bring from the forest and out on the streets and in the yards. People feel obliged snakes, because they eat rodents that eat the crops. So snakes everywhere warmly welcomed, showered with pollen, treat them with milk, ghee, honey and toasted rice. To snake nor put flowers of oleander, Jasmine and the red Lotus. 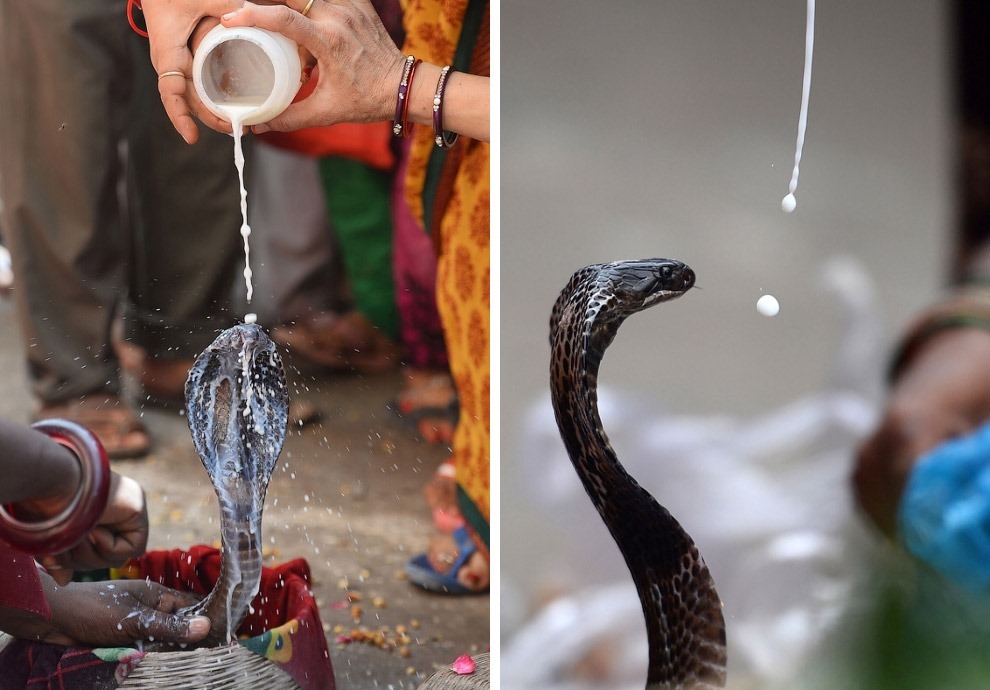 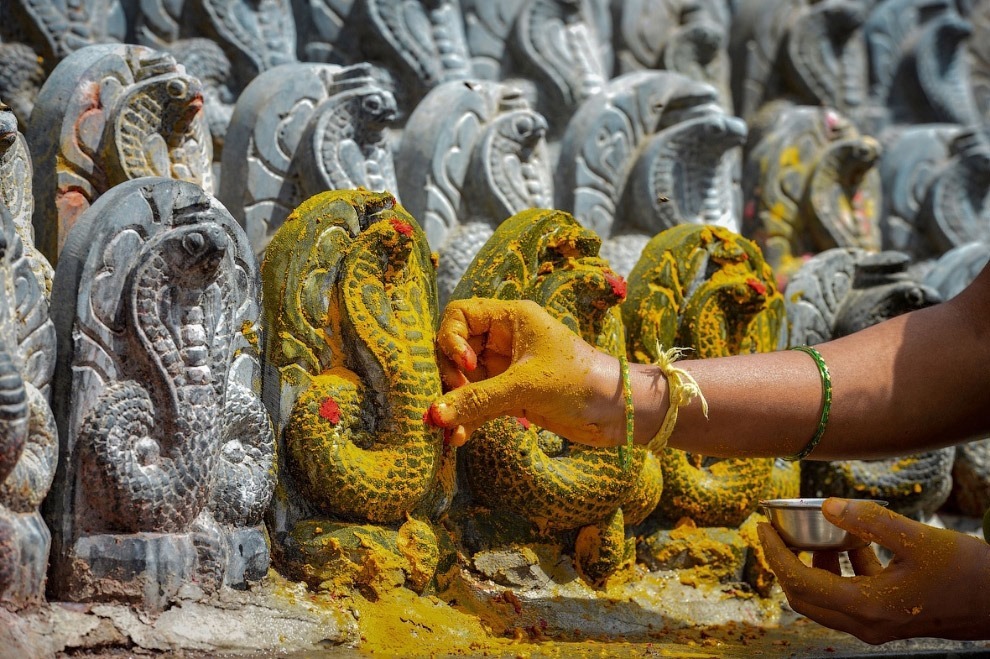 To meet a snake on the road is considered a big success, especially for unmarried women — it’s a sure sign to find soon their happiness. 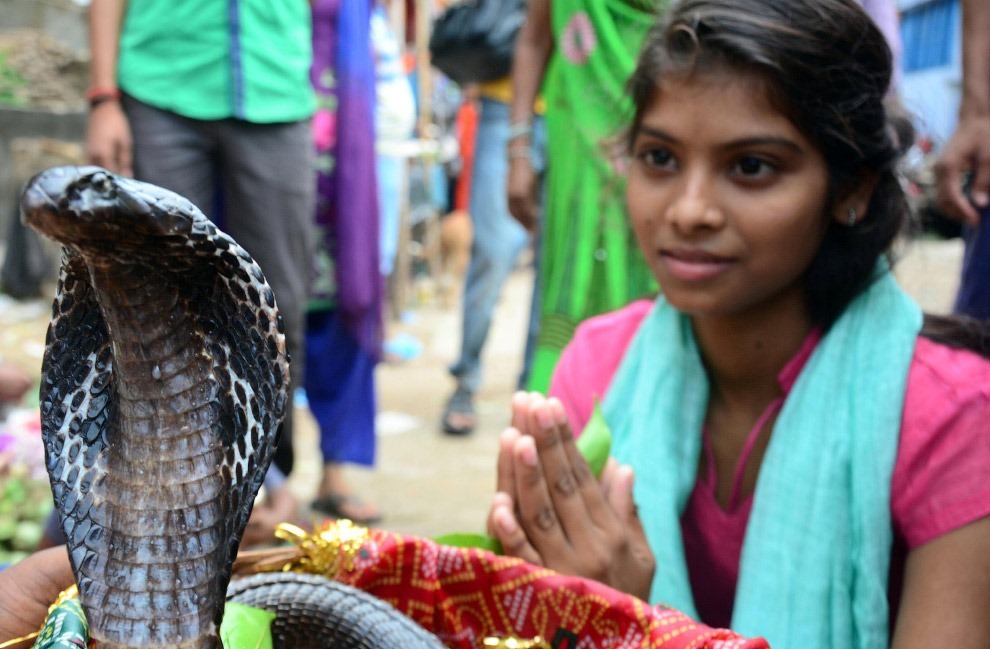 Especially lavish ceremony rewarded the most dangerous of snakes — the Cobra. It narrates a beautiful Hindu legend. One day a Brahman on the day Nagapanchami forgot about the ancient custom, and went to his field. Paving the furrow, he accidentally crushed the young cobras. The snake-mother decided to take revenge. She crawled a night in the house of the brahmana and killed all the sleeping. Then I remembered that one of the daughters of Brahman married and lives in a neighboring village. Cobra crept in there, but saw that the young woman has completed all preparations for the festival Nagapanchami, holding the door for treats for the snakes. 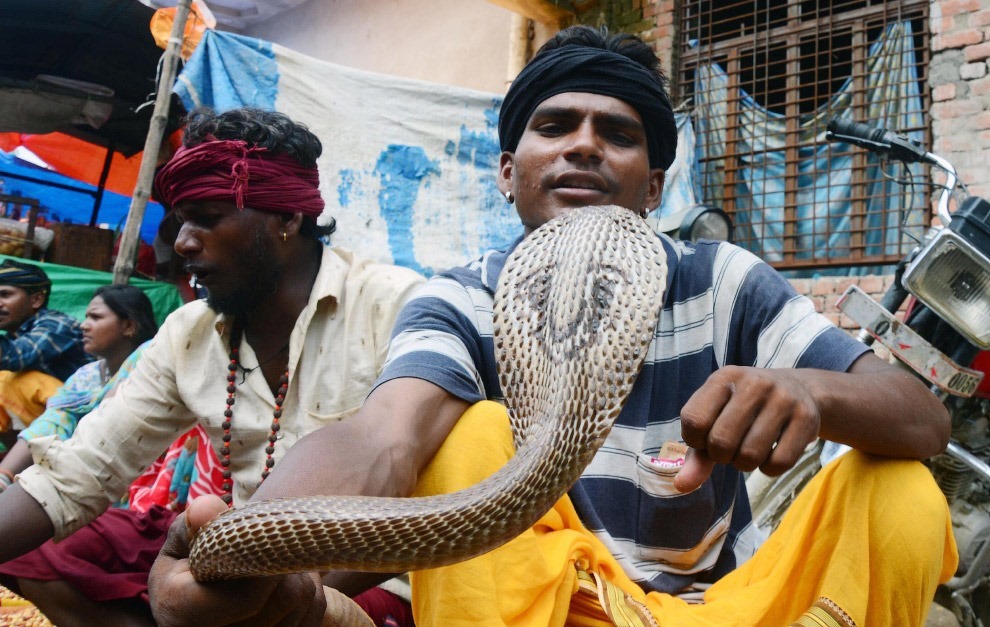 Cobra was touched by the attention to well-behaved girls, and changed the temper justice with mercy. The hostess, seeing that he had fallen to the snake, asked her to resurrect the father and the other relatives that Cobra did. Therefore, in many Indian States women worship a stone image of a Cobra-mothers, praying that the gods will grant them children. 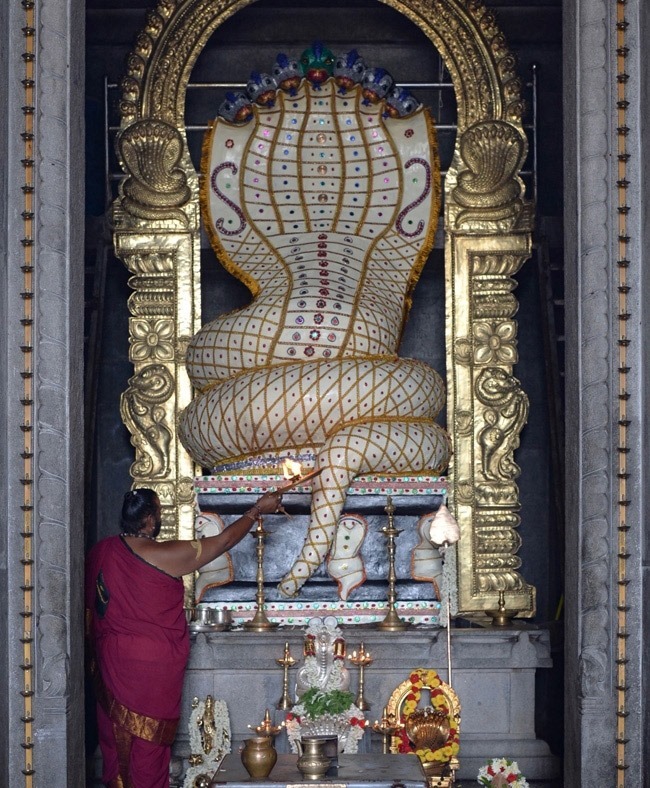 Nagapanchami, the festival continues until late at night. Snake charmers on this day are in great honor and demonstrate all their art: they take poisonous snakes in his hands, sprinkles them around his neck. Some of the spectators who Pohrebea, too, try to follow their example. 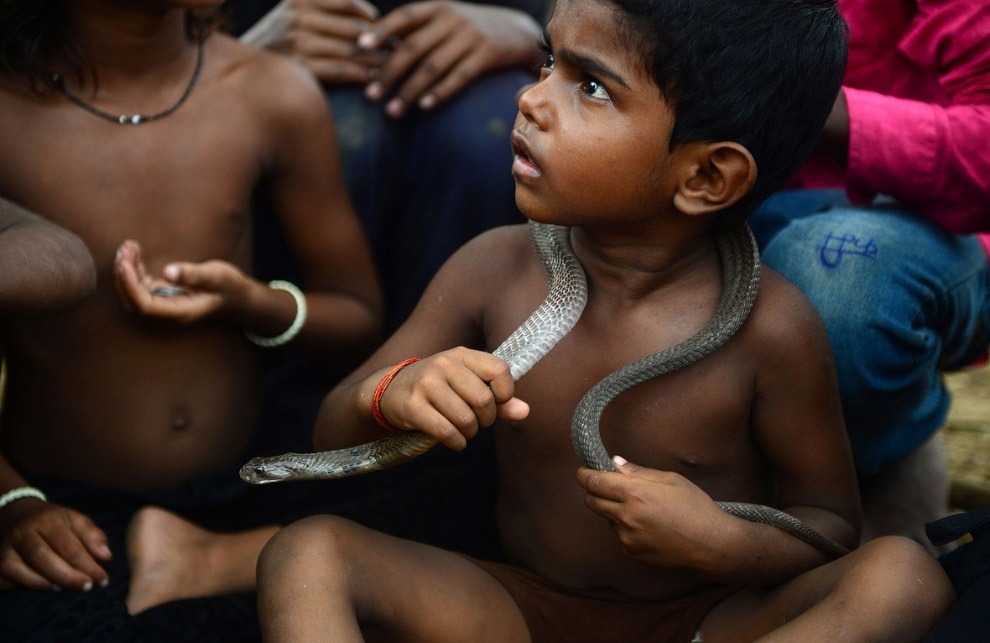 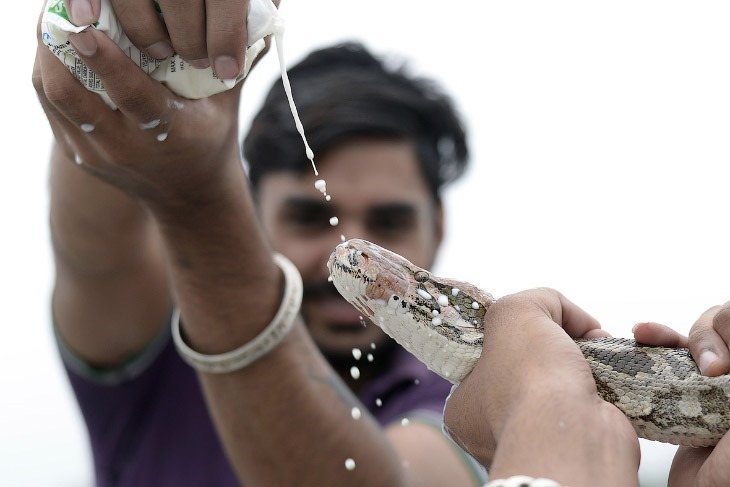 Cases snake when someone gets bitten, very rare. Maybe they realize that it’s their holiday, and a holiday no one wants to disappoint. 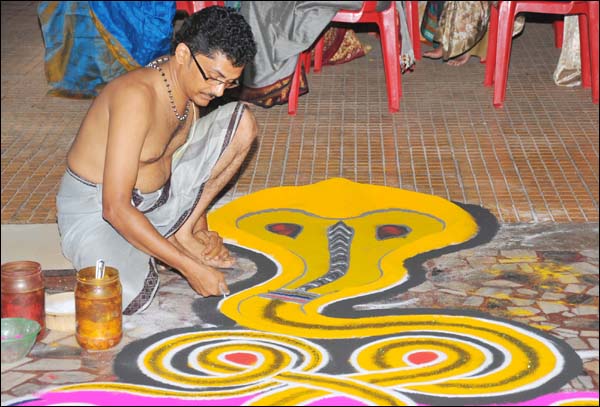