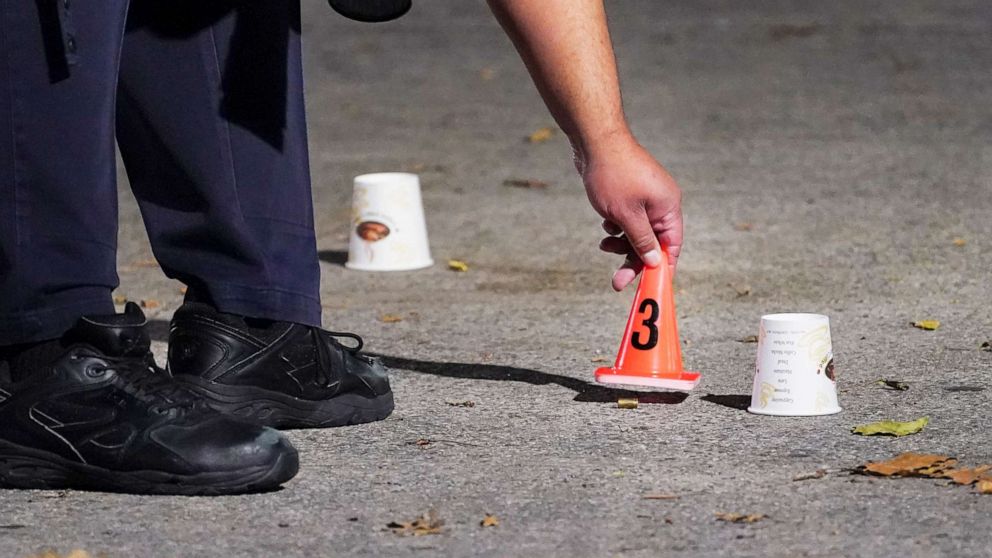 Ten people were shot, at least one fatally, in Philadelphia this week, underscoring a spike in gun violence in some of the nation’s largest cities, including New York and Chicago.

At the same time, Americans are engaged in a gun-buying boom. Firearm sales have spiked during the pandemic, with an estimated 2.1 million excess weapons purchased between March and May compared with typical sales figures, according to data from the FBI’s background check system.

Now, researchers believe the two phenomena might be linked.

The result? Fatal and non-fatal gun injuries increased significantly. Excess firearm purchases during the pandemic were associated with 776 more shootings than might not have occurred otherwise, researchers found. (Note: The research is preliminary, meaning that it has not yet published in a scientific journal, nor has it been peer-reviewed.)

A correlation between gun buying and gun violence is not the same as causation, explained Dr. Sandro Galea, an epidemiologist and dean at the Boston University School of Public Health, who was not involved in the research. Galea, who has published numerous studies on gun violence, called the findings “reasonable and plausible.”

“I think it’s a fair analysis and good to communicate,” he added.

Dr. Regan Bergmark, an instructor at Harvard Medical School, noted that the research tracked with previous gun violence literature. “There’s a lot of research showing that the more guns there are, the more likely that you are going to have a gun-related event,” said Bergmark, who had no connection to the research.

“Gun violence tends to go up when there’s desperation, poverty, economic downturn, social unrest,” she said. “We’ve seen all of those things.”

“In the most basic sense, the more desperate people feel, the more tempers are going to flare. It’s not like people are home on vacation with extra money,” Bergmark added.

Gun violence in the U.S. was a significant public health issue before the pandemic.

A study published this week, in the American Journal of Medicine, estimated that before the pandemic, the risk of dying from a firearm in the United States was 1 in 100. Black boys had a 1 in 40 chance of dying by firearms. Rates also varied by state — people in Mississippi or Wyoming were more likely to die from firearms than residents of Rhode Island or Massachusetts.

The majority of the 40,000 firearm-related deaths each year aren’t homicides or accidental shootings like the violence seen in Philadelphia this week. According to the Centers for Disease Control and Prevention, two-thirds are suicides.

With millions of new guns added to U.S. households in recent months, as many Americans, many isolated from loved ones, are grappling with emotional and financial strain, public health experts are worried.

“Even if they are buying that gun because they want to protect their loved ones, significantly more people now have access to that weapon, while depression and suicide risk are on the rise,” Kelly Posner Gerstenhaber, a professor of psychiatry at Columbia University, previously told ABC News.

If you are struggling with thoughts of suicide or worried about a friend or loved one help is available. Call the National Suicide Prevention Lifeline at 1-800-273-8255 [TALK] – for free confidential emotional support 24 hours a day 7 days a week. Even if it feels like it – you are not alone.