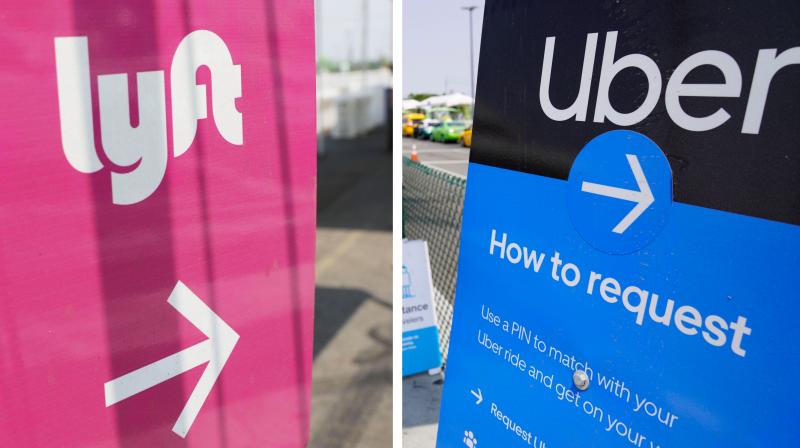 San Francisco: Uber and rideshare rival Lyft on Thursday backed away from plans to halt service in California after an appeals court granted them a temporary reprieve from having to reclassify drivers as employees.

A judge had originally given Uber and Lyft until Friday to comply with a labour law on the matter, which went into effect at the start of this year.

“The petitions are granted and the preliminary injunction is stayed pending resolution of Lyft and Uber appeals,” the appeals court said in its ruling.

The court said it wants sworn statements from Uber and Lyft that they would comply if the judge’s original order is eventually upheld and if a proposition aimed at overriding the new labour law loses on a November ballot.

It also set an October 13 hearing date for oral arguments on the matter.

A ballot measure sponsored by the companies would keep drivers classified as contractors but provide benefits such as health care.

“We are glad that the Court of Appeals recognised the important questions raised in this case,” Uber said.

“And that access to these critical services won’t be cut off while we continue to advocate for drivers’ ability to work with the freedom they want.”

Shortly before the appeals court decision, Lyft said it would suspend its rideshare service in California rather than classify drivers as employees entitled to benefits.

“This change would… necessitate an overhaul of the entire business model—it’s not a switch that can be flipped overnight,” Lyft said in a blog post.

Uber had also been expected to suspend ride service in California.

The legal clash in the most populous US state marks an escalation in the yearslong battle between authorities and start-ups that have changed the way people work and live.

A suit filed by California Attorney General Xavier Becerra and three cities, including San Francisco, calls on the two rideshare companies to comply with a law requiring “gig workers” be made employees who are eligible for unemployment, medical and other benefits.

The Teamsters labor group attacked the idea of Lyft and Uber opting to suspend ride service in California, saying: “It’s shameful there are companies that would rather cease operations altogether than abide by labor laws.”

Uber and Lyft are counting on voters to approve a ballot measure sponsored by the companies that would keep drivers classified as contractors but provide benefits such as health care.

Analysts cautioned California regulators against the risk of putting more people out of work as American unemployment has spiked amid the coronavirus pandemic.

“California is trying to do the right thing, but this is the wrong time for it,” said technology analyst Rob Enderle of Enderle Group.

“This is not a time when you want to knock a whole lot of people out of work, which is the danger here.”

If forced to abide by the labour law, a backup plan for Uber would be to shift to “a much smaller service, much higher prices” according to chief executive Dara Khosrowshahi.

Uber is also reported to be exploring the feasibility of franchising its ride service.

“In a nutshell, implementation and enforcement of AB5 (the new law) is challenging and a major gut punch to the gig economy’s future growth prospects,” Ives said.

The threat to its business puts pressure on Uber to move faster toward its vision of dispatching self-driving cars to provide rides on demand, according to analyst Enderle.