What do we do when stops working suddenly favorite smartphone or tablet? Of course, give them “the professionals.” Few people worried that a few days the gadget will be in the hands of a complete stranger… And this man will have on it full authority.

The founder of the program to account for orders in the service centers and workshops Alexander Makarov studied the dark side of such enterprises. The following is the author’s words, which describe in detail the real history of cheating customers and most popular ways of cheating. 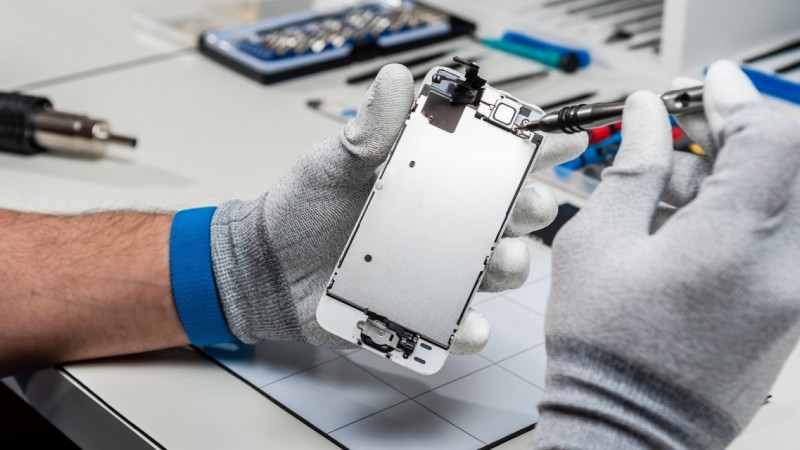 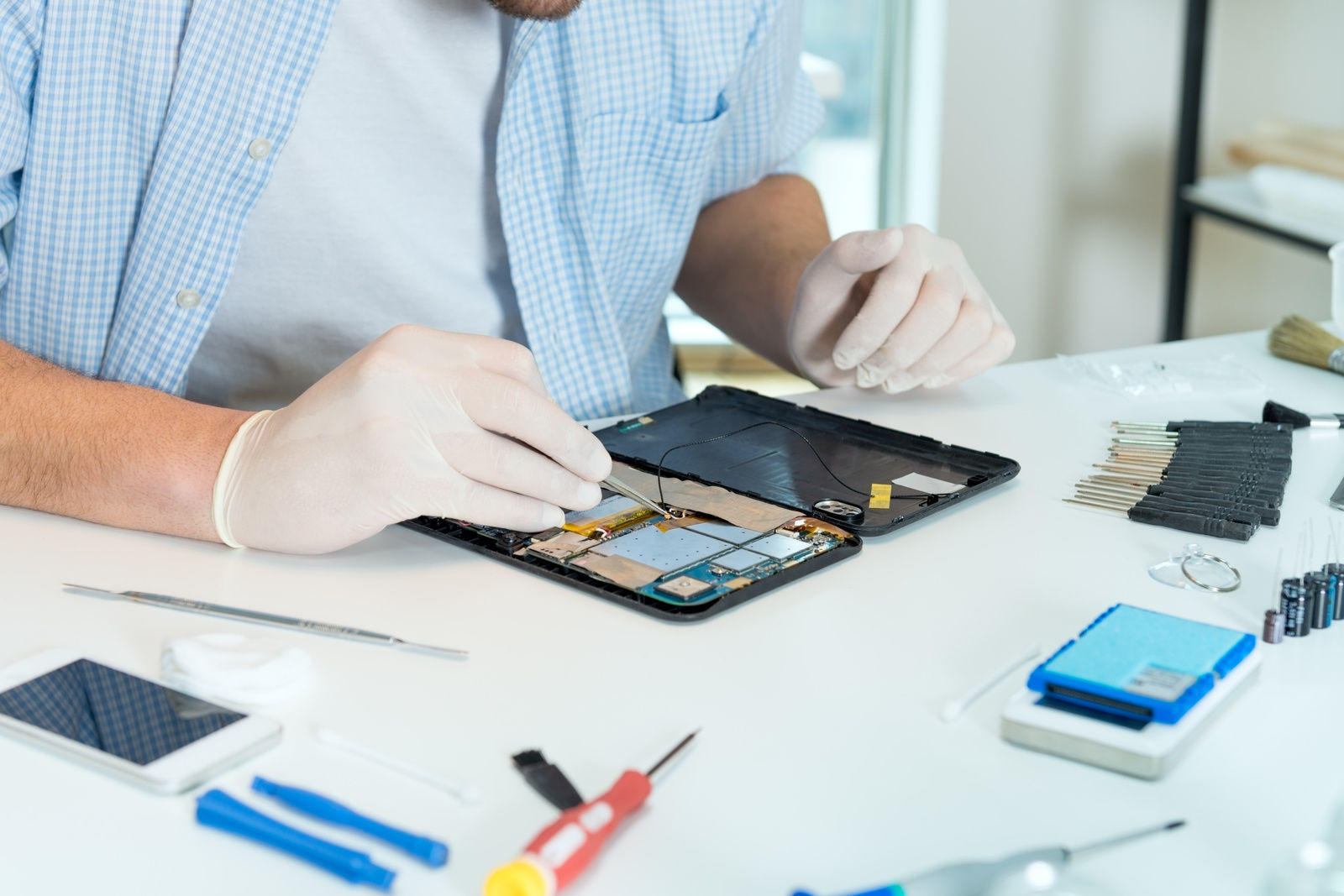 A common situation: you are trying with one hand to respond to the message, while the second paying for Shawarma with cheese pita, at this point you someone pushes, and the phone flops to the ground. Carried near the pool, not wet, but turned off.

Most likely, he just walked off the battery. This is solved in two minutes — even parts are not needed. But in service center they tell you that everything burned, because the water still came. Repairs on a lot of money and a couple of months without a Shawarma for lunch.

This phone service center “replaced the battery” for 5000 rubles. The naked eye can see that this is the original battery, which did not move from his seat

Or your phone becomes unresponsive, the screen is black, the power button no response, and the staff of the service issue a death notice. In fact, in 90 cases out of 100 enough to pinch a couple of buttons and mechanical reboot the device. You do not even have to go to the wizard. And I saw how it was paying thousands of rubles. 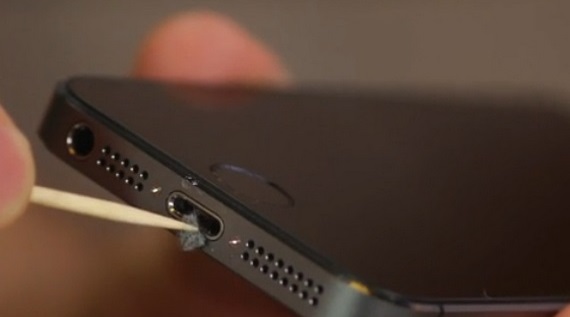 Another example. In smartphones often clogged the charging Jack. It is not protected by case, so sometimes there is going to so much dust, that lost contact phone can not be charged. You first pray it was charging, buy a new cry, again. I think that the repair will be expensive. Go to the service center where the master says that it is necessary to do difficult repair the motherboard, replace the cable, to buy their charger.

Actually you just need to clean the nest.

So come down — you did not check 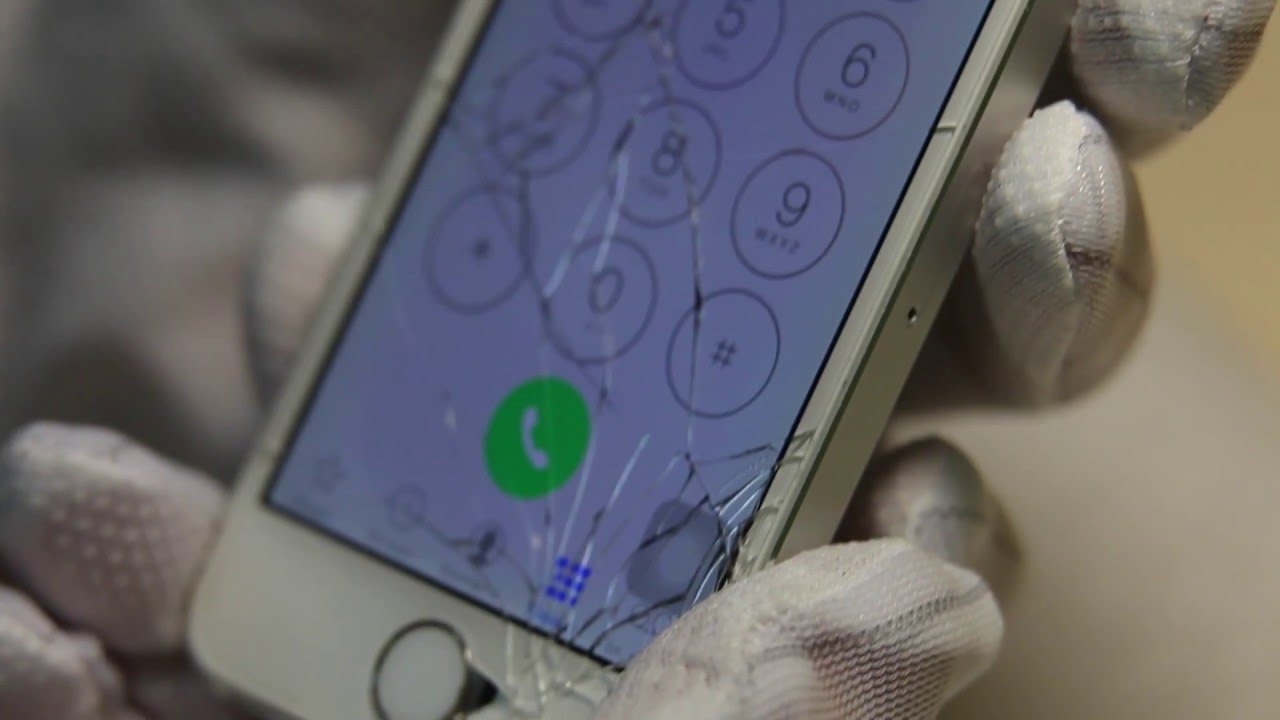 The price of the repair at all services about the same. But the prices for parts are different. Good service use expensive quality parts, and scammers for the same price, put the cheapest, well hoisting a profit. Most likely, you never know what you got. Will work good. Will break again — to prove that flew is a new item, and that happened because of its quality, will be difficult. 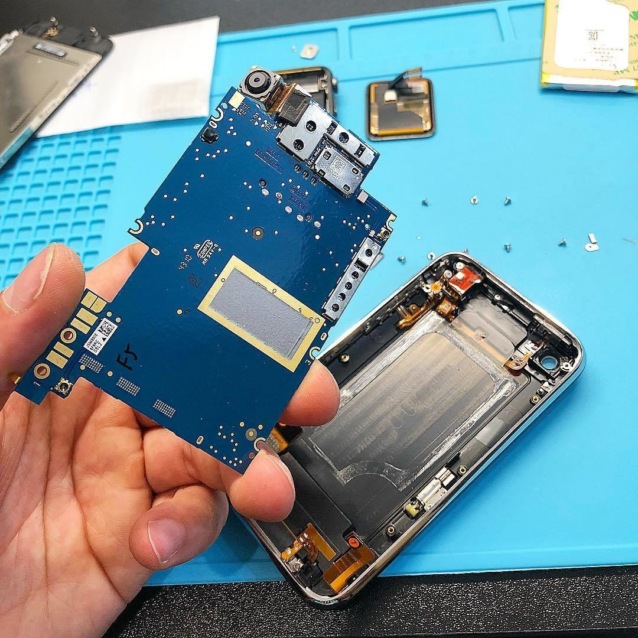 An old iPhone 3G, which “restored” after the water. Good job — any trace of repair inside

Some services pull out of phone parts to assemble a working device and sell it. The wizard can replace the home filling unoriginal, not saying anything to the client. You will bring the smartphone to replace the screen and get a refurbished device, and which screen the new, and half of the parts — does not enter to check. Yes and can not. And when the new “authorities” will start to fail, it is unlikely that you will be at least a suspicion.

You can not fix it. Sell? 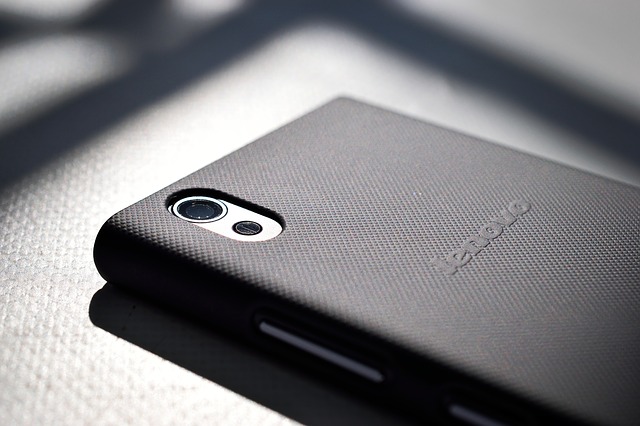 Scammers earn good money on the global manufacturers ‘ warranty. If the manufacturer finds a defect in the goods, it shall repair the device or even change to a new, not yet expired warranty period.

You do, of course, I don’t know, but services know. They tell you what to fix the impossible, redeem it for parts for a song, and then me on the warranty and get a new camera. You scribble happy SMS, sold as non-working smartphone the Fuckers from the service.

Another important about passwords 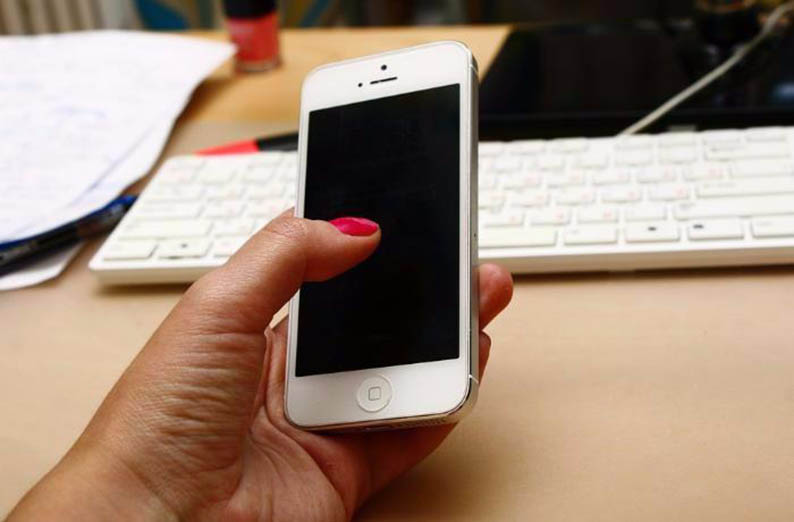 The service may ask the client for a password lock screen. He needed the wizard to test the device and new replacement parts. If your phone have important or sensitive information, you better copy it before you repair and return the repair has been reset to factory settings the device.

The device is locked (money sent…)

Knowing the Apple ID, the device can be locked. Service center can do it remotely and in a month, and a year after the repair, you can never prove that it did it.

The problem is that the device is locked on the activation servers — it is impossible to unlock it. Therefore, if you neglect the account passwords Apple ID and Google, making them easy to style “qwerty”, “123456” or even tell anyone, that sooner or later will take advantage of the fraud. It will cost money to unlock. If you pay, most likely, you will require more.

Service center can redeem your phone as one that can’t be fixed. And then sell it to someone in the market. Sounds crazy but quite common. And burning on even major known services.

So, one fine day, after the sale of the “dead” machine, someone you can call or write to the PM on any account that was logged on the phone to find out the password from the device or even with a direct threat. For example, send your photos to contacts list. Don’t want to pay for it. Exit — go to the police because such blackmail may never end, and the service will deny to the last. And not the fact that you will get help there.

Guarantee that do not guarantee 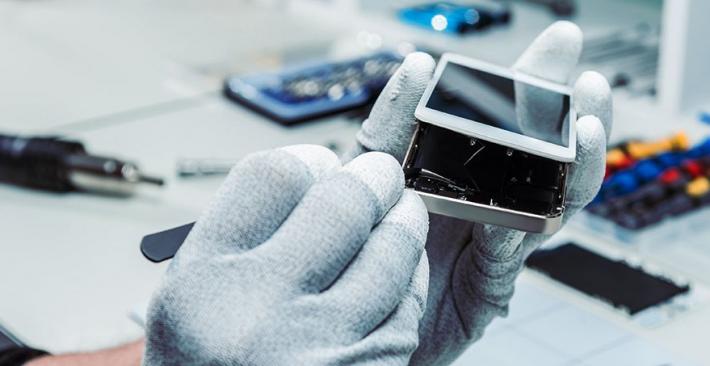 If you change a battery, and a screen or speaker, the service center gives warranty. But bad service is never recognized, if the second failure happens at the fault of the parts.

In my practice there was such case. The service center repaired the customer a new phone. The trifling repairs, but the phone is broken again. The client went back to the service center, where he said that the phone gets wet, all in the corrosion, and repair refused because the moisture inside is a formal reason to refuse warranty.

The client then came to us.

When we opened the phone, on the motherboard were visible salt crystals are moistened with water. It is likely made in the service center. During the repair they might damage something serious, and so wanted to evade responsibility, not to accept the phone for warranty repair. In the end, the client went to court, but it decided world — service center got scared and paid the full price of the phone.

I sdelal… but you have to pay 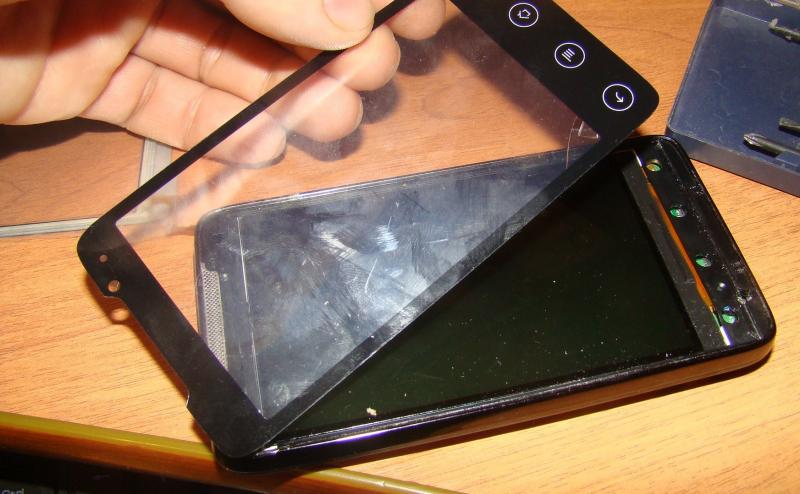 The service center will be able to do a lot of work, and then ask for money for them. If you call and say that instead of replacing the dynamics of rewired all the chips and heroically saved the phone — we praise, be grateful, pay ten times this game. Okay, if you say that you had a diagnosis, explain what needs to be repaired and how much it will cost. If not satisfied, you can cancel and pick up the phone.

Sometimes I can say that at least tries to repair the device. If it works, you pay, if not — will not, although the work done. But you should not put before the fact that everything is ready and you need to pay $200. You can refuse to pay for unauthorised repairs or request to return the phone to its original state. 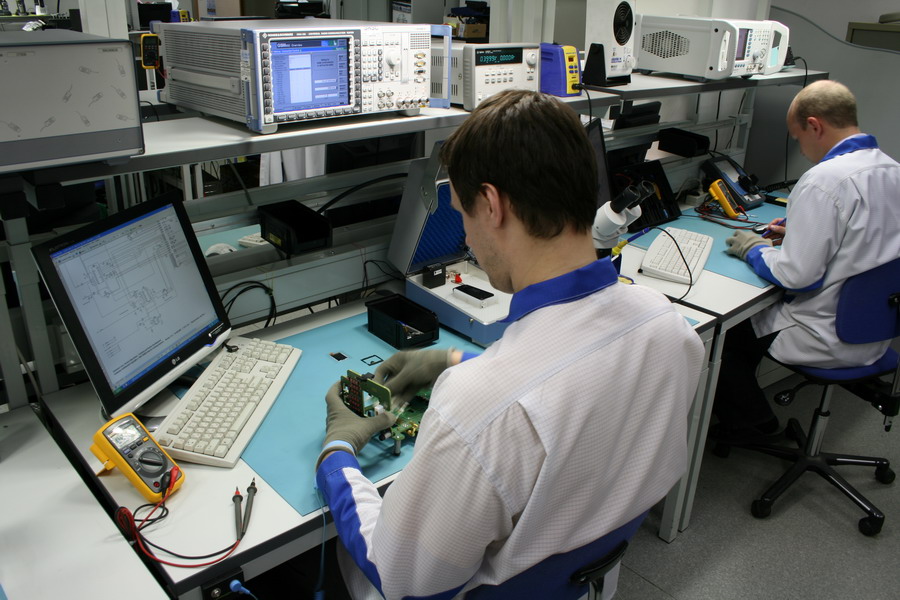 We have had several cases where the master was blunt and fix the device to the client’s approval. We tried to explain the situation. If the client refused to pay, we returned the now working phone for free. For us it was even advertising. The client went and told everyone that he “freebie” phone repaired.

How to choose a workshop

Photograph of the master, while he examines a dead MacBook Pro

If the phone is under warranty, contact an authorized service. The warranty is valid to any original device, even if there is no box, receipt and warranty card. If the manufacturer acknowledged the defect under warranty you can get a new device or free of charge to replace the item.