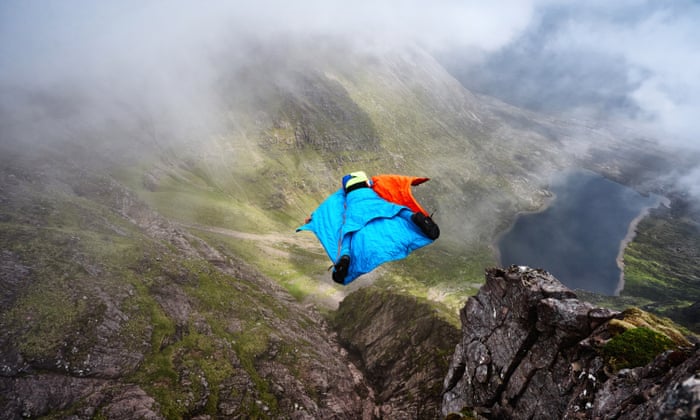 The thermals were perfect and the headwind favourable. Tim Howell, a 31-year-old former Royal Marine, waited patiently until a few stubborn wisps of cloud cleared and launched himself off a Scottish mountain.

Eighty seconds later, Howell was dusting himself down beside a loch at the foot of the peak in the north-west Highlands, relieved and delighted to be able to claim the title of the first person to leap from a British mountain using a wingsuit and parachute.

“I was over the moon when I was down next to the loch,” said Howell. “It’s the most ambitious jump I’ve done. It’s not exciting or scary when you’re actually doing it. I don’t really remember any particular emotion – it’s just about concentrating.”

Base jumping using a wingsuit needs nerves of steel no matter where it is carried out but it regarded as a particular challenge in the UK because there are deemed to be few suitable peaks with sheer enough faces and good landing spots.

Because of the Covid crisis, Howell, who is from the flatlands of Somerset and also has a home in Switzerland, has not been able to travel as far afield as he usually does for his high-flying adventures.

Instead he focused on the wingsuit base jump project in the UK. He and his team spent a week before the attempt scouting his chosen location – Lord Berkeley’s Seat, which is 1,032 metres high. 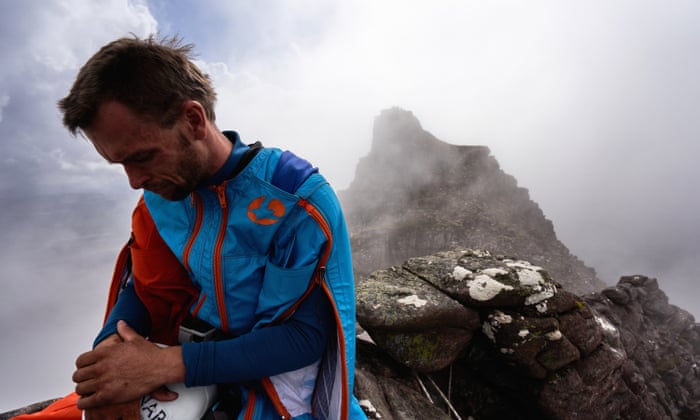 “The more time I can spend measuring and calculating if the flight is possible the more I can feel confident in it all going smoothly,” he said.

Lord Berkeley’s Seat presented many challenges including flying though a gully before making a turn towards the loch.

Howell said: “Before the jump I was just trying to calm my nerves, knowing that the calculations added up and my training and experience was enough to make this flight with a big enough margin. You have to be confident without being over-confident and relaxed.”

He clambered into position and back down five times before the cloud cleared. He had to push himself off the cliff to get clear of the rocks but not so hard that the shape of his body was distorted. When his parachute opened he gave a yelp of triumph and he laughed in delight when he landed.

If the pandemic allows, Howell will be back on the road, leaping off mountains in the US and Africa. Asked why he did it, he said: “It’s the challenge, doing something that has not been done before. Do you have the skill-set and the motivation to challenge yourself?

“I’m so happy it went smoothly. It’s one thing to pull something off but it’s another to pull it off with enough of a safe margin – that’s what I’m most happy about.”