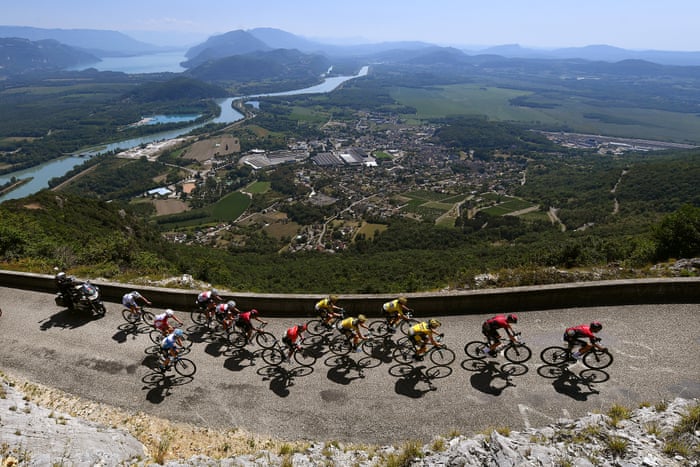 Two loops north of Nice over a serious-looking climb, the Côte de Rimiez, with a finish on the Promenade des Anglais; with 38km between the last bit of uphill and the finish, there is time for the peloton to regroup if it splits on the climb. Will favour sprinters who can climb a bit such as the Italian Elia Viviani.

The toughest opening weekend stage in 40 years. First category Cols de la Colmiane and Turini will show immediately if any favourites are off form, and should cause a selection of maybe 50 riders; a final little climb 9km from the end is tailor-made for home hopefuls Julian Alaphilippe and Thibaut Pinot.

Immensely scenic run north partly using the Route Napoléon through towns like Grasse and Digne les Bains. Peppered with small climbs early on, but a mainly downhill final 80km means unless it’s full-on all the way this should be one for the pure sprinters such as the Aussie Caleb Ewan or Ireland’s Sam Bennett.

An unusually tough summit finish for this early in the Tour at a ski resort famed for a 1971 duel between Eddy Merckx and Luis Ocaña, at the end of a long drag to 1,825m above sea level. There will be a sort-out among the favourites, but nothing conclusive. Another good finish for Alaphilippe, or a strong finisher such as Rigoberto Urán. 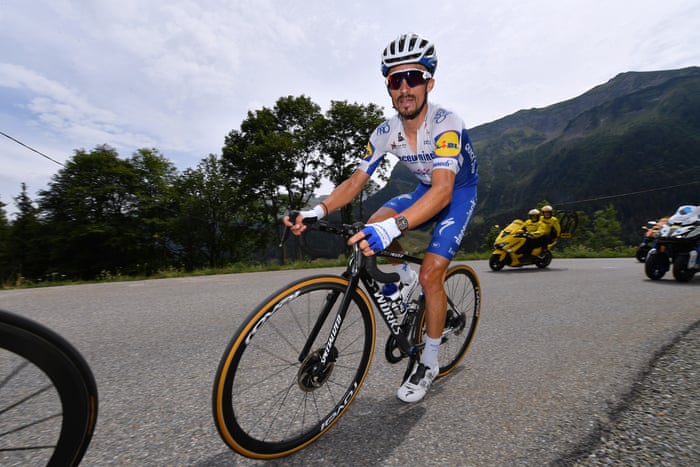 Largely downhill, this is another one earmarked for the sprinters, but the finish merits a closer look, climbing gradually in the final eight kilometres. Might favour a “punchy” finisher such as the Olympic champion Greg Van Avermaet or Milan-San Remo winner Wout van Aert.

The second tough summit finish in three days: a 12km ascent to the Col de la Lusette, a brief downhill and an 8km drag to the finish. With 150km before the climbs, a break will get here well before the main men sort each other out. One for climbers with no aspirations overall, such as the Frenchmen Pierre Rolland or Kenny Elissonde.

Brutally lumpy and baking-hot roads in the Massif Central and a meaty 14.5km climb in the middle. The finale will see a classic battle between a break and the sprinters’ teams, with odds on the break. A day for a strong all-terrain rider such as the Belgian Tiesj Benoot or France’s Lilian Calmejane.

A classic Pyrenean stage: two first-category mountains and the super-category Port de Balès. There should be a pattern to the racing now and a strong team such as Jumbo or Ineos should control the pace. It’s a tricky downhill to the finish so while the overall contenders test each other, the stage will suit a climber with descending skills such as the Slovenian Matej Mohoric. 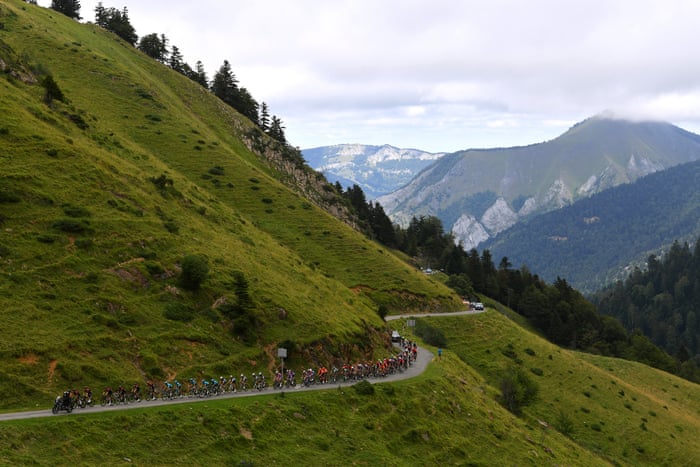 A break should succeed today: there will be an intense battle until it forms and it will get whittled down on the Col de Marie-Blanque 19 km from the finish. One for a climber who can finish well, and isn’t high up overall: if Ireland’s Daniel Martin or Uran are not in the top 20 they will target this one.

A transfer up the Atlantic coast for the flattest stage of the race. Bound to be a sprint finish so one for the likes of Bennett or Ewan or Viviani, but the question is whether the wind blows strongly off the sea in which case the race is likely to split and the outcome is anyone’s guess.

The only truly innocuous stage in the first 10 days, and there should be a westerly so this will be rapid. By now it will be obvious which sprinters are in the mix so there will be pressure on the second-stringers such as Nacer Bouhanni of France and Giacomo Nizzolo of Italy if they haven’t landed one yet.

A rare stage longer than 200km. Lumpy roads into the fiefdom of ex-president Chirac and tired legs will make this another day for a break while the select group of favourites wait for the Alps. Wise money will go on a clever one-day specialist such as the young world champion Mads Pedersen or a strongman like Thomas De Gendt.

Arguably the hardest stage, with seven climbs ending with the highest pass of the Massif Central. It’s a day that should decide the polka-dot best-climber’s jersey, while the finish will show who is looking good for the Alps. Will favour a pure climber such as Mikel Landa or Nairo Quintana, but anyone wanting to win has to show well here.

A second category climb after 68.5km will see off many of the sprinters, while a couple of short late hills will favour an attack from the likes of France’s Benoît Cosnefroy, or De Gendt. The overall contenders will want to stay out of trouble as the Alps loom.

A super-category uphill finish on a super-steep climb in the southern Jura; this is where GC riders such as Egan Bernal or Primoz Roglic will have to show what they have left. The concentrated climbing in the final 80km will make it difficult for a break to succeed so an overall contender such as Bernal might win here.

Never flat, and with an 11km climb into the Vercors Massif, this stage favours an early break, and the winner will probably escape on the ascent 20km from the finish. It’s the sort of stage that suits a climber who isn’t afraid to go solo, such as the Dutchman Bauke Mollema if he isn’t in the overall mix.

The toughest uphill finish of the race, 2,304m above sea level after 21.5km climbing, with gradients of 20%. The final pecking order should be all but settled here. The initial sort-out will come on the super-category Col de la Madeleine, and the finish has Bernal written all over it. 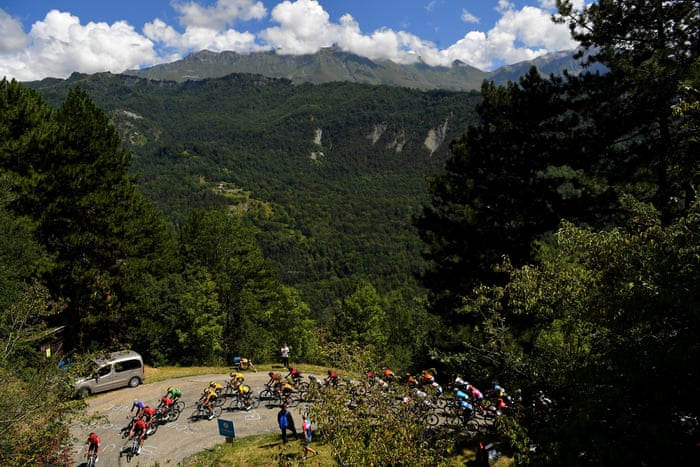 The last of eight Alpine stages: a saw-tooth profile, with the partly gravel Plateau de Glières 32km from the finish. None of the favourites can afford a bad day here, but it doesn’t have the scary look of the day before. A stage for a break, a last chance for a rider like Romain Bardet or Warren Barguil to shine if he has had a poor three weeks.

The last day when a team that haven’t won a stage can break their duck; in recent years a handful of teams have dominated in the Tour, so the pressure could be on half the field. Even so, it’s likely to be a bunch sprint for whoever has survived the Alps.

Time was the Tour had up to 120km of time trials but that has been whittled down to create more exciting racing for television. A steep uphill finish like this one should confirm what we’ve seen on the climbs in the past few days; France will be praying for a good Tour from Pinot, whose home village of Melisey features early on today. 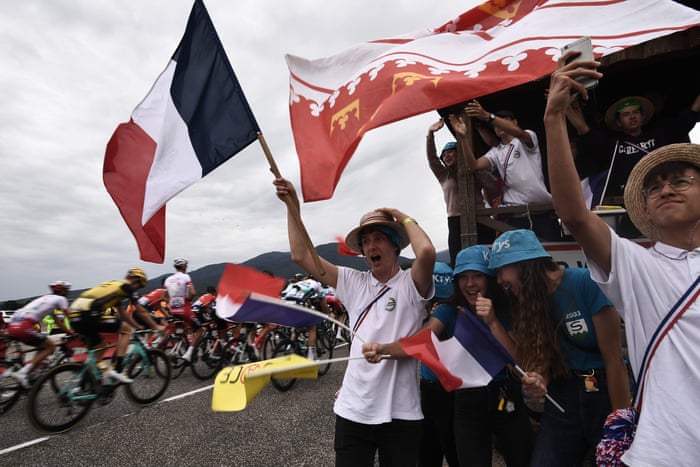 The final stage of the Tour, so expect the usual bunch sprint – last year won by Ewen – but with two provisos. The first is how the race has weathered the Covid-19 storm – will riders and teams have dropped out along the way? – and the second, how the riders have coped with relatively little competition time in this condensed, rejigged season of racing.

Happy to be part of the LPL’s Opening Ceremony: Wickramasinghe