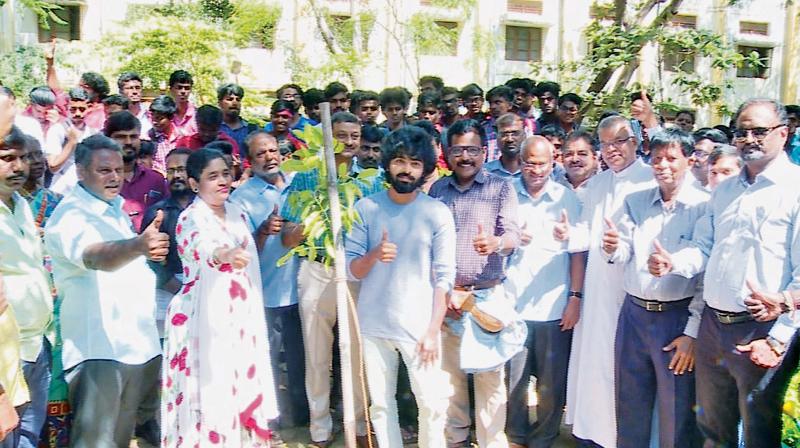 Restoration of forests is one of the chief ways in which global warming can be tackled. Scientists have advocated the planting of billions of trees to remove much of the carbon dioxide generated by human activity. Though such programmes could take many years to be effective globally, many baby steps are being taken in several parts of the world. One such step is the ‘tree planting challenge’, which, like other online challenges, is going viral.

A unique initiative was set in motion at the Loyola College Campus in the city recently. The Loyola ExNoRa Tree Challenge was launched by ExNoRa International with the aim of increasing the city’s tree cover.
“Trees provide so many benefits to our everyday lives. They filter air, increase water availability, help curb climate change and provide homes for birds and animals”, said NB Nirmal, founder of ExNoRa. “It’s a big challenge, but we know we can do it with you”, he added.

Several celebrities planted saplings at the event. They then ‘entertained’ the tree they planted by singing, playing a musical instrument or dancing. They also ‘challenged’ someone else to take the initiative forward.

The ExNoRa founder himself challenged Prime Minister Narendra Modi and Kamal Haasan. The ‘challenges’ have been sent to the mobile phones of the recipients.

The online challenge has gone viral and Nirmal Kumar says there has been a great response from celebrities as well as the common public.

“We have a few fresh ideas in the pipeline to broaden the challenge and make more people involved in the activity,” he said, adding, “I have more than a thousand indoor plants where I live and I have personally experienced how trees and greenery help improve concentration and productivity, lower stress levels and boost your mood. By planting trees, we can all contribute in the restoration of our planet and make it a better place.”

9 things everyone does on video calls (but won’t admit)