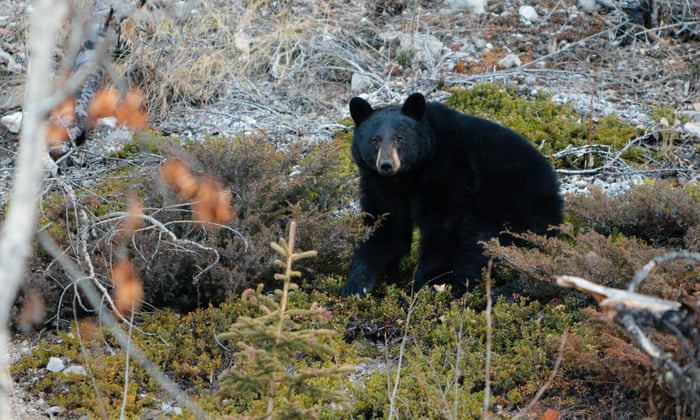 The father of a Canadian woman who was killed by black bear has said that he was on the phone with her at the time of the attack.

Stephanie Blais, 44, was with her husband, Curtis, and two young children at the family’s remote cabin in the province of Saskatchewan. But problems with the water supply prompted her to call her father on a satellite phone.

“She called me to tell me that the water line hadn’t been working and that her husband had fixed it. She then told her son, Eli, to run inside and grab an antenna,” Hubert Esquirol told a local radio station.

Seconds later, he heard muffled gurgling sounds – and then silence.

“I stayed on the line for a few minutes before I hung up and tried calling again,” he said. “The sounds were very disturbing. An attack crossed my mind but attacks are one in a million.”

Fatal bear attacks are exceedingly rare: Blais’s death marks the first of its kind in the province since 1983, according to the Royal Canadian Mounted Police (RCMP).

Blais and her family, from the town of Edam, Saskatchewan, often spent time at the remote cabin, and were well-versed in bear safety protocols.

Esquirol suspects his daughter was making the phone call in an open area past the tree line in order to improve satellite reception.

He believes the male bear approached her from behind, emerging quietly from a forested area with a little pond.

“Stephanie would have been in the bear’s sight. She had her back turned. She didn’t see it,” he told CBC News.

Curtis Blais emerged and saw the bear, but pepper spray only angered the animal, and he shot it twice.

“So by that time, Stephanie had no pulse. He gave her mouth to mouth, but she was injured beyond the point of recovery,” Esquirol said.

Stephanie was flown to hospital in the town of Buffalo Narrows, where she was pronounced dead.

The unprovoked attack prompted comparisons to a similar fatal incident in the Yukon territory in 2018, in which a grizzly mauled a young mother and her daughter, just meters from the family cabin.

“We take some comfort in knowing that, less than 30 seconds before Stephanie was attacked, her children were playing at her feet,” Esquirol told CBC News. “So the bear could have attacked Stephanie, disabled her and then killed the two children, two swats with its front leg.”

Conservation officers said that a necropsy of the bear found it had a stomach full of blueberries – meaning the the attack was predatory not defensive.

Relatives have set up an online fundraiser for Blais and the children, commemorating her as “the most loving and passionate mother” who travelled extensively and was at her happiest with her family.