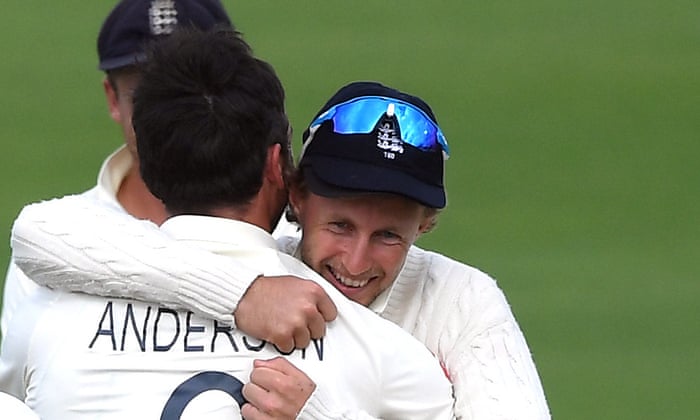 Jimmy Anderson can see no reason why 700 Test wickets and a place on next year’s Ashes tour should not be a reasonable set of targets after carving out the latest milestone in his record-breaking, age-defying England career.

When he left Australia in 2017 he claimed it would be his last series in the country but, fresh from becoming the first seamer in history to reach the 600-wicket mark – and feeling frustrated the Test summer is now over after match figures of seven for 101 in Southampton – the fire clearly still burns.

To that end the 38-year-old insisted he will work harder than ever on his fitness in anticipation of possible Test tours to Sri Lanka and India this winter – both remain unconfirmed because of the Covid-19 pandemic – and, at the request of his captain, has been asked to keep an open mind about the Ashes in 2021-22.

“Why not?” replied Anderson, when asked if 700 wickets was now possible. “I still love turning up every day at training, putting in the hard yards and being in the dressing room with the lads trying to forge a win for England. That’s all I’ve ever been bothered about. I don’t think I’ve won my last Test matches as an England cricketer yet.

“I’ve not thought about [the next Ashes series] in that much detail. But to be honest, I’ve chatted to Joe Root about this a little bit and he has said he would like me to be in Australia. I don’t see any reason why I can’t.

“I didn’t bowl as well as I’d have liked for the whole summer but this Test match I was really on it and I feel like I’ve still got stuff to offer this team. As long as I still feel like that I think I’ll keep going.

“There will be decisions along the way with the selectors and coach and captain around how the team moves forward. But as long as they want me around I’ll keep working hard and try to prove I’m good enough to play in this team.”

Anderson picked up his 29th five-wicket haul during the first innings of the drawn third Test but saw his march to 600 slowed by four dropped catches off his bowling. It left him “hoping and praying” the ball would stick in the hands of Root at slip when, on 599 Test wickets, he found the edge of Azhar Ali’s bat.

This golden moment, coming at 4.36pm on the final day, left Anderson feeling “a bit emotional” out there, not least sharing it with two long-term teammates in Root and Stuart Broad. “I was fortunate enough to be out on the field for [Broad’s] 500th wicket this summer and it meant a lot to both of us,” he said.

Anderson revealed that, as the elder statesman in the dressing room, he has become the butt of the jokes and admitted to some regrets about past haircuts when watching a montage of his milestone moments. Part of the drive to continue is working with the younger bowlers and watching the success of others, with Zak Crawley – aged only five when Anderson made his Test debut in 2003 – one example after his 267 in the first innings.

Root, speaking after England’s second series win of the summer, said: “Jimmy is a class act. He can come across as grumpy but what you see on the field is not necessarily him as a person or member of the squad. He’s very caring and wants everyone to do well; he shares his experience and knowledge about the game.”

Asked about Crawley, who was player of the match, Root said: “You watch how he operates, you’d think he’s 40 years old but he’s an old 22-year-old. The maturity was fabulous and it was smart how he countered the different styles of bowling. For such a young guy to play in that manner shows great concentration and skill. Hopefully it can be the start of something really special.”

On the Test summer as a whole, the England captain said: “I have always been thankful I can play cricket for a living but it’s really hit home this summer. At the start, to potentially not play a game was a fright. So to sit here after winning two series, we’re thankful to everyone who set up the bubble, and Pakistan and West Indies for coming.”