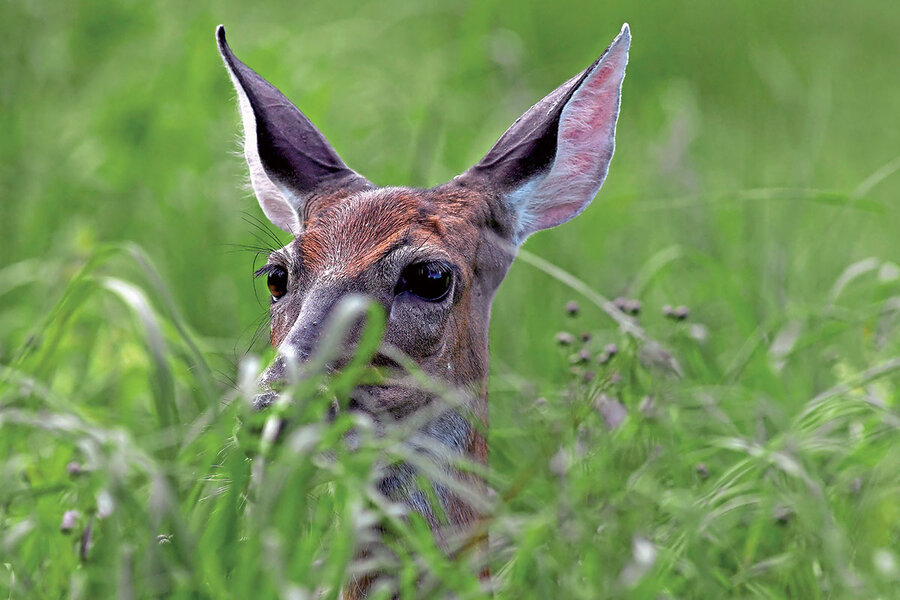 Freya June and I walk down the road each morning. We’ve been doing it all summer. She is 3 1/2 months old and rides in her stroller, rocked to sleep by the gravel under the wheels. I am slightly older, her teamster, wide awake and observant on this daily rendezvous with wildlife. The thrush still sings. The crows start their shift soon. The forest is preparing revelations.

The benefit of a daily stroll is observing the same route at the same time each day; it’s an exercise in comparative appearances. Though data analytics is a term he would eschew, Thoreau would know the possibilities.

I always hope for a bear sighting.

When the raspberries ripen across from the farmhouse we might get lucky. We mostly see familiar deer; one doe, in particular, is always at the same meadow entrance. She raises her head at our approach, then exhales a warning huff and bolts. Out come two yearlings from their cover and follow. For the rest of our stroll I assume we are never more than 100 yards from a deer … and a bear in the wings, awaiting his cue?

If she is our daily doe, what are we to her? She is wildlife. We are – fellow creatures of habit. What assumption does she make about proximity to humans? I see this guy every day! In the same place! With that sleeping bambina! How predictable.

Yesterday a porcupine ambled toward an apple tree. Today we spied him sleeping high up in the crotch of an oak. A pileated woodpecker drummed on an enormous hollow pine tree – timber timpani tarantella reverberating through the woods. An osprey soared above the field. Loons called from the river. My grandmother taught me the bird songs.

Not all nature is obvious until you’ve made several trips on several days and have glimpses to compare. The palette changes. We have nests and hollows to check on, and nesting birds about to fledge. It could be the operative word for the whole season as birds, deer, bears, and plants send forth offspring. Freya, too, will fledge by next summer.

I anticipate the day when we pass the raspberry patch and a big furry head with small ears looks out, inspecting our passage. Until then, the same dark tree stump surprises me anew – our bear! Finally! Nope. Drat.

On the road’s verge, we spy hoofprints and new paths through the meadow grass, and matted places that must be deer beds. We pass human footprints too. The foundation of my neighbor’s home addition progresses rapidly. The builders wave as we roll by. Concrete today, and framing by the end of the week. House wrap, decking, window openings. We await rafters and roofing.

“Which way will the ridge beam run?” I ask today. North-south. “Second story?”

A big deck too, judging by the pressure-treated lumber. I can see it taking shape, with a tremendous view of the hay field and river. Closed in soon. Ready for hibernation. Thoreau would approve, though it far exceeds his economical square footage at Walden Pond. Most of the nest builders we track are most frugal with their open-concept plans.

“There is some of the same fitness in a man’s building his own house that there is in a bird’s building its own nest,” Thoreau wrote in “Walden.” “Who knows but if men constructed their dwellings with their own hands … the poetic faculty would be universally developed, as birds universally sing when they are so engaged?”

Vegetation continues its summer flowering and fruit, while some trees even now preview fall colors. Who can say what premature or late means, as season hands off to season? Seasons overlap, but autumn, too, has its harvests and Indian summer – “Season of mists and mellow fruitfulness,” said Keats. The wizened grandfather oak spreads its arms above its fledgling forest. Fledglings beget fledglings, acorns a forest. Someday Freya may stroll her child down the road telling the stories of our deer and porcupines, the nests and the thrush.