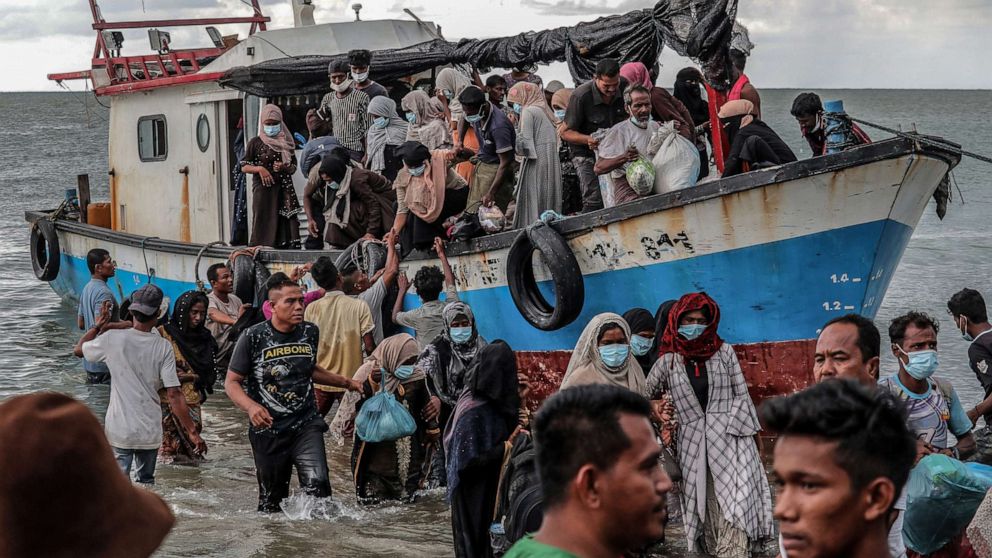 Three years ago, Myanmar’s military escalated its persecution of the Rohingya — a mostly-Muslim ethnic minority — with a sustained, violent campaign of murder, rape and beatings that cleared hundreds of thousands from their land and burned their villages to the ground.

But even amid continued sporadic violence against Rohingya in Myanmar, the United States has declined to declare the campaign a genocide.

Activists and aid groups announced a new push this week to change that, arguing that for the nearly 1 million Rohingya living in refugee camps, it would be a spark of hope — a sign the international community still cares.

A genocide designation may have little legal effect, but activists say it is a powerful label that would also escalate pressure on Myanmar, which has at times denied or defended its violent campaign.

“If the U.S. put its foot down and actually tried to hold Myanmar accountable, many other countries would follow suit,” Yasmin Ullah, a Rohingya activist and refugee in Canada, told ABC News. “It would help Rohingya children to be able to see: ‘Yes, there’s a little bit of hope and there are countries that are still upholding their moral standards in recognizing at least that we’re human enough to be helped, worthy of their love, worthy of their respect.'”

United Nations investigators, the U.S. Holocaust Memorial Museum, and the U.S. House of Representatives have used the label so far. The State Department’s own fact-finding report detailed brutal crimes that could amount to genocide, but Secretary of State Mike Pompeo has declined to declare one — stopping short at the label “ethnic cleansing,” made by his predecessor in the weeks after the campaign began.

While ethnic cleansing is not defined by international law, and is seen as a lesser charge, genocide is enshrined in international law by a 1948 treaty signed by the U.S. and other countries after the Holocaust. The treaty defined genocide as killing, harming, or seeking to prevent the births of a national, ethnic, racial or religious group with intent to destroy them — although the treaty is unclear about what, if any, real legal responsibilities signatories like the U.S. have to act on it outside of their borders.

The last time the U.S. declared a genocide was in March 2016. The Obama administration declared the Islamic State’s violence against Iraqi religious minorities a genocide, but determined it did not obligate them to take further action.

Still, some 9,000 people have now signed a petition pressing Pompeo to make the designation. It’s the culmination of a swell of lobbying, with backing from actors Thomas Sadoski and Sam Waterston, former top U.S. diplomats Samantha Power and Gene Dewey, 80 NGOs and over 30 faith-based groups.

“A genocide determination by the U.S. can change our fate,” As Rezuwan, one of the more than 900,000 Rohingya refugees living in squalid camps in Bangladesh, told the group Refugees International, which helped organize the petition.

The State Department did not respond to requests for comment.

Last year, the Trump administration sanctioned Myanmar’s top military commander along with three other senior officers, while two of the units that led the campaign and their four commanders were sanctioned in 2018.

But since then, the military has waged more violence against the Rohingya, Kachin and other ethnic minorities in the northwest provinces. Thousands fled their homes in late June amid another “clearance” operation, while the tens of thousands left behind are forced to live in internment camps.

The government of Myanmar, sometimes still known by its previous name, Burma, has cast it as a counter terror operation against Rohingya insurgents, who’ve grown more violent since the 2017 campaign began.

The civilian government still shares power with the military, which ruled the country for decades after a 1988 coup.

After a 2010 move toward democracy, the Obama administration began lifting economic restrictions on Myanmar, long blacklisted for the military’s oppressive rule. But the transition has left the military largely in control, and the U.S. and others afraid to push too hard and undermine the country’s nascent democracy.

Aung San Suu Kyi, the pro-democracy activist turned civilian leader who was awarded the Nobel Peace Prize, has defended the military campaign before the International Court of Justice, where 57 countries sued Myanmar over its treatment of the Rohingya. The court ruled against Myanmar and ordered that it “take all measures within its power” to prevent genocide of the Rohingya.

But that ruling — and a pending case against individual Myanmar officials before the International Criminal Court — have done little to ignite a change for the better.

He and others have called for stronger U.S. sanctions, particularly targeting the military’s businesses and other state-owned enterprises.

While a genocide designation wouldn’t inherently trigger any sanctions, it would send a message that other countries should think twice about working with Myanmar’s government again — although it’s debatable how much weight that would carry with China, which has deepened its economic ties with its neighbor.

“A genocide determination is the single most important immediate step that the U.S. can take to address the plight of the Rohingya,” said Daniel Sullivan, Refugees International’s senior advocate for human rights. “I hope Secretary Pompeo will answer the call.”