Hurricane Laura has made landfall in Louisiana, and is forecast to continue moving across the state, bringing deadly winds and torrential rain. The latest advisory from the National Hurricane Center (NHC) found winds were extending a staggering 175 miles from the centre of the storm, and Louisiana and Texas were bracing after landfall last night.

The NHC said in a early Thursday bulletin: “The eyewall of Laura will continue to move inland across southwestern Louisiana during the next several hours. “TAKE COVER NOW!”

As of NOAA’s 4am update, Laura was packing 120mph winds and was moving toward the north near 15 mph (24 km/h). This motion should continue through the day.

The wind speeds make Laura a category three hurricane on the Saffir Simpson winds scale, however the NHC says rapid weakening is forecast, with the system expected to become a tropical storm later today. 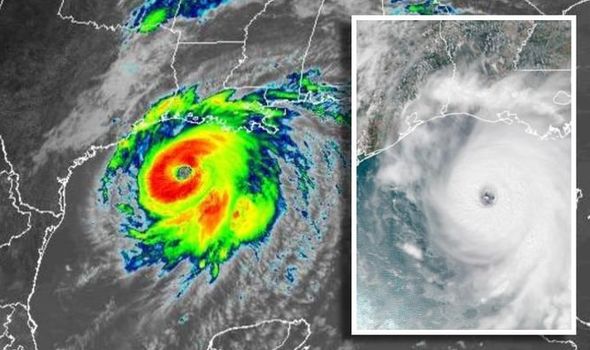 As of the latest advisory, Laura was located 30 miles north-northwest of Lake Charles, Louisiana and 50 miles northeast of Port Arthur, Texas.

An observation in Chennault, Louisiana, recently reported sustained winds of 76mph and a wind gust of 93mph.

Early on Wednesday the NHC said satellite images had shown that Laura had undergone a remarkable intensification to become a “formidable hurricane”. 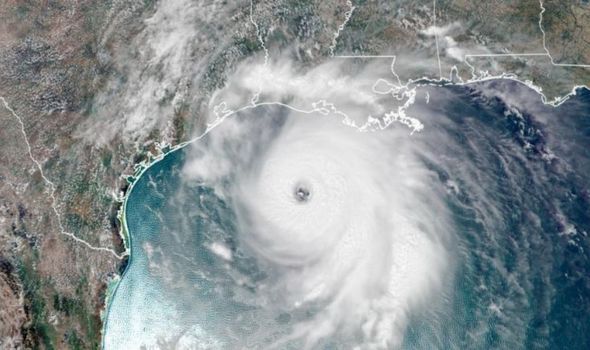 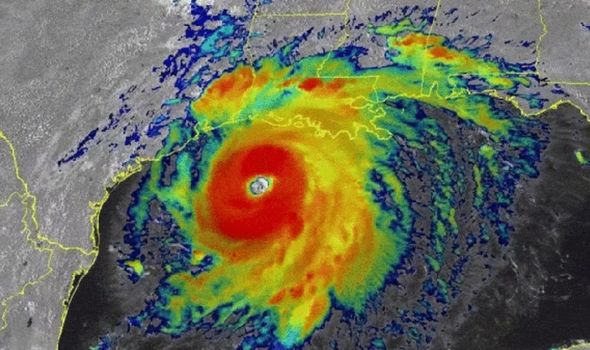 Issuing warnings across a thread of tweets, the NHC said Laura was expected to bring “life-threatening hazards” and an “unsurvivable storm surge” to parts of the coast of the Gulf of Mexico.

Officials across the worst-hit areas said it would be several hours before they could get out to begin search and rescue missions.

Downed trees blocking roadways were expected to be the biggest immediate challenge for rescuers.

In Vermilion Parish, just east of Laura’s landfall, the sheriff’s office issued a stark warning to residents before the storm hit.

A statement on the sherrif’s Facebook page read: “If you choose to stay and we can’t get to you.

“Write your name, address, social security number and next of kin and put it a ziplock bag in your pocket.”

As well as ferocious winds, Laura was also expected to spawn tornadoes on Thursday over Louisiana, far southeastern Texas and southwestern Mississippi.

Between five to 10 inches of rain are also expected over the region, the NHC said.

It added there would likely be widespread flooding from far eastern Texas across Louisiana and Arkansas. 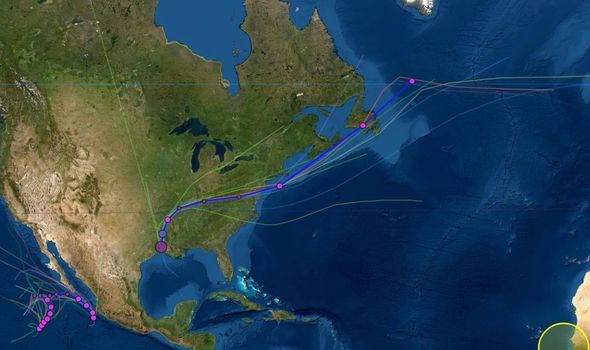 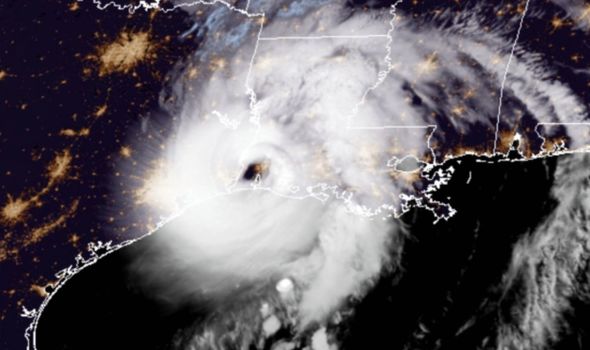 Big hurricanes like Harvey and Katrina have previously wreaked havoc on the oil industry sites dotting the Gulf Coast, where nearly half of the United States’ oil refining capacity is located. There are concerns Laura may do the same.

Texas Governor Greg Abbott urged Texans living in the path of the deadly storm to get out of its path immediately.

Appearing on Fox News on Wednesday Mr Abott said: “All the people who could potentially lose their life, if they know – number one in a hurricane – that’s to make sure that you save your own life.

“It doesn’t do you any good to save your property if you’re going to you lose your life. Property can be replaced. Your life cannot.”

The NHC has issued the following hurricane, storm surge and tropical storm warnings:

A Storm Surge Warning is in effect for

A Hurricane Warning is in effect for…

A Tropical Storm Warning is in effect for…