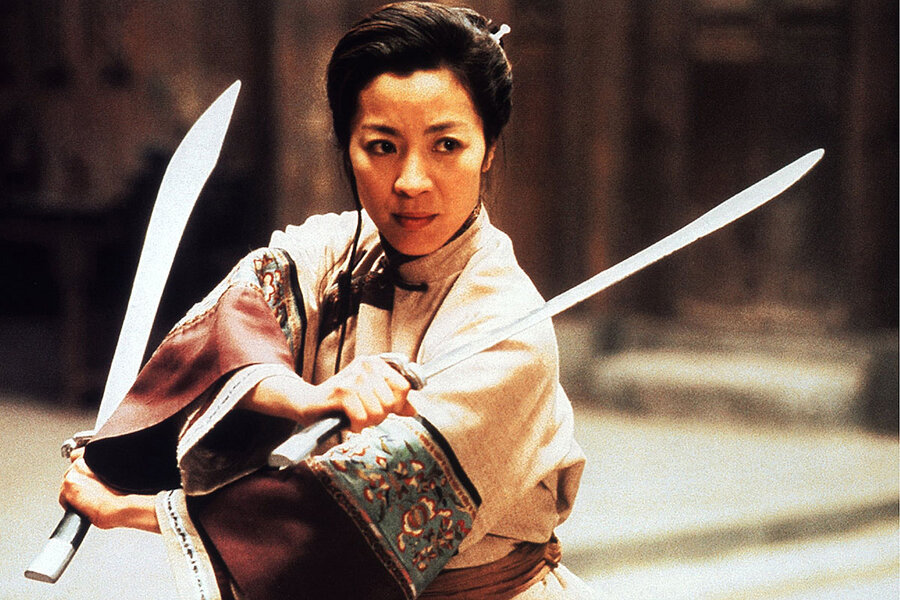 Many years ago I attended a festival of Chinese films from the 1930s and 1940s and I remember being taken aback by how the women in many of those films were unstereotypically portrayed. There were few China Dolls or Dragon Ladies. Just real women living out their lives in the real world. Hollywood movies had accustomed me to an entirely different template, and I felt abashed by my naiveté.

The imminent arrival next week of the live-action “Mulan” on the Disney Plus Channel has reminded me of how I felt back then. The situation for Asian women in Hollywood movies is still very much a work in progress – not nearly enough featured roles – but having a swashbuckling hero (played by Liu Yifei ) at the center of a blockbuster movie has to be a leap in the right direction.

The impending appearance of “Mulan” also prompted me to recall some Asian actors whose work may have directly or indirectly helped set the stage for this moment.

Anna May Wong grew up in Los Angeles and began her career in the silent movie era. She was the first Asian woman to be a Hollywood star and became also something of a fashion icon. Typecast as an exotic vamp for much of her career, she railed against the system, at one point saying, “Why is it that the screen Chinese is nearly always the villain? And so crude a villain – murderous, treacherous, a snake in the grass. We are not like that.”

Hollywood did not know how to cast her, and for a time in the late 1920s, she decamped to Europe. She worked mostly in England, where she had great artistic success in such films as “Piccadilly” (1929),  playing a scullery maid who becomes a nightclub dancer, and where she acted on stage with a young Laurence Olivier. Her most famous role is in the classic 1932 melodrama “Shanghai Express,” where she plays a shady lady and at times manages to upstage even her co-star Marlene Dietrich. Even in her most confining roles, playing Fu Manchu’s daughter and the like, Wong had the most extraordinary rapport with the camera. Few actors possessed such an intuitive naturalism. One can only imagine what she might have accomplished had she been cast as O-Lan in “The Good Earth” (1937), the role she most coveted, which instead went to a white actor, Luise Rainer.

Before she broke through internationally in the 1997 James Bond picture “Tomorrow Never Dies,” Michelle Yeoh was already a major Hong Kong martial arts movie star. Unlike many of her action cohorts, she is equally adept at drama. Yeoh is the soulful center of Ang Lee’s “Crouching Tiger, Hidden Dragon” (2000), where her rueful, unacknowledged love for the warrior played by Chow Yun-Fat is as powerful as any of her high-flying, wall-climbing stunts. In the gold-plated rom com “Crazy Rich Asians” (2018), playing a steel-willed matriarch, she cut through the suds with blow torch force.

Few actors have Gong Li’s astonishing range. In Zhang Yimou’s “Raise the Red Lantern” (1991), she plays the concubine of a war lord who slowly unravels when she comprehends the full extent of her subjugation. In “The Story of Qui Ju” (1992), also directed by Zhang, she is a poor pregnant farm woman whose confrontations with the local authorities – she demands an apology for a beating sustained by her husband – are magnificent arias of outrage. Watch for her appearance in the new “Mulan.”

Best known for her quicksilver performance as the opium-addicted wife of John Lone’s Pu Yi in Bernardo Bertolucci’s “The Last Emperor” (1987), Chen also distinguished herself as the director of 1998’s heartbreaking “Xiu Xiu: The Sent Down Girl,” in which she does not appear as an actor. Set during the Cultural Revolution, it’s about an educated city girl who is exiled to the rural provinces and set upon by the men there. Needless to say, the film, shot mostly in Tibet, was banned in China. The movie’s uncompromising force is all of a piece with Chen’s best performances.