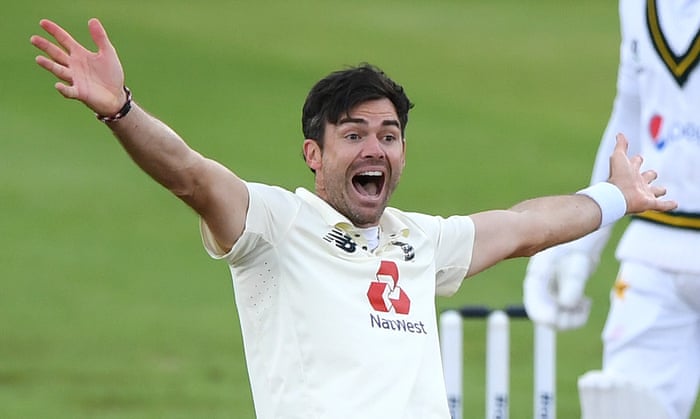 By his own admission, Jimmy Anderson doesn’t have a great memory for his personal milestones, which is a touch inconvenient for someone constantly being asked about them. Yes, 600 is a lot of wickets. But then so was 500, and 400, and 384. Do these numbers even mean anything any more? Do they add anything to Anderson’s legacy, or are they merely new, pointless angles on an old, well-worn story?

But of course, you never forget your first. And what a different world this was: a world before franchised Twenty20 and iPad analysis, where a young quick could still sizzle with the thrill of the unknown. It was a skittish start: no early swing, a first over that Zimbabwe’s openers collared for 17. “Sorry, that was my fault,” captain Nasser Hussain said as he tossed him the ball for his second over. “Start again.”

How might things have turned out under a less empathetic captain? Instead, minutes later Anderson would beat Mark Vermeulen for pace and rattle his stumps. And for all he would go on to achieve off his own back, perhaps there is a lesson there: at the start we all need a little help and a little luck.

It took English cricket little more than a year to break Anderson. Obsessed with raw speed, England’s management took a hacksaw to his action and a hammer to his confidence. By the time he was drafted in at Johannesburg, he had spent a month bowling in the nets at a single stump. He finished with two for 149 off 34 miserable overs, both wickets coming from rank long hops.

These were Anderson’s lost years: drowning in information, hobbled by injuries, striving for pace and mislaying his swing in the process. These days, Anderson is celebrated as one of English cricket’s enduring success stories. But it’s easy to forget just how close the game came to destroying him.

In a way, 2010 was the pivotal year of Anderson’s career: the point at which he went from artisan to artist, adding layers to his game, exploring the myriad possibilities of manipulating a cricket ball. That summer, inspired by Pakistan’s Mohammad Asif, he began to experiment with a wobble-seam delivery that would give him a plan B in hostile conditions. 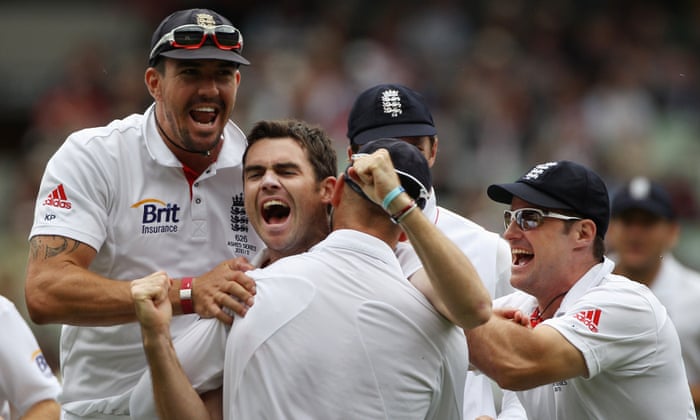 It all culminated in that surreal afternoon at the MCG, when after wobbling the ball away from Mike Hussey, he ripped out Australia’s middle order with four wickets in 31 balls. No longer would Anderson simply be a cloud-cover phenomenon. From now on, he could do it wherever he chose.

When we think about Anderson as a bowler, we tend to do so in the compound: great series rather than great spells, an archetype of excellence rather than any particular moment. With Stuart Broad, you remember the specifics. With Anderson, all you see is a blurry-edged collage of various unfortunate openers groping at various unplayable deliveries on various grey English mornings.

This was the exception. The sun was baking. Everything hurt. Australia were chasing down 311 to win. But in bowling unchanged for 13 overs on that final morning, Anderson won the Test through sheer will, as adamantly as Andrew Flintoff in 2005 or Ben Stokes in 2019. As England toasted their 14-run victory, sealed by Anderson’s 10-wicket haul in the match, one man was conspicuously absent: utterly emptied by his efforts, Anderson was fast asleep in the dressing room.

Few fast bowlers can plot a batsman’s demise like Anderson and few relish the process more. One example was his demolition of Sachin Tendulkar at Nagpur in 2012, when – deploying the reverse he had begun to master in Sri Lanka the previous winter – he offered up a succession of juicy outswingers before cleaning Tendulkar up with the in-ducker.

But sometimes, the best plan is no plan at all. One short of Ian Botham’s England wickets record, with a dead pitch and time running out, Anderson decided for no reason to start bowling leg-cutters. As if on strings, Ramdin drove to slip. And however Anderson chooses to share his expertise in retirement, this is what you can’t pass on: the instinct, the whimsy, the scent of pure wickets.

Anderson is older now, a little slower in gait. Between deliveries he sweeps the hair out of his eyes like a fly. He has bowled 33,631 deliveries in Test cricket and 33,033 have finished wicketless. That is a lot of thankless running, of turning and walking solemnly back to your mark.

It’s a frustrating day. He picks up one wicket early on, sees three catches of increasing calamity dropped off his bowling and then finally gets Naseem caught in the slips. He grimaces. He accepts the sheepish congratulations of his colleagues. And then, finally, England’s greatest bowler clambers up the pavilion steps, ready to do it all again tomorrow.