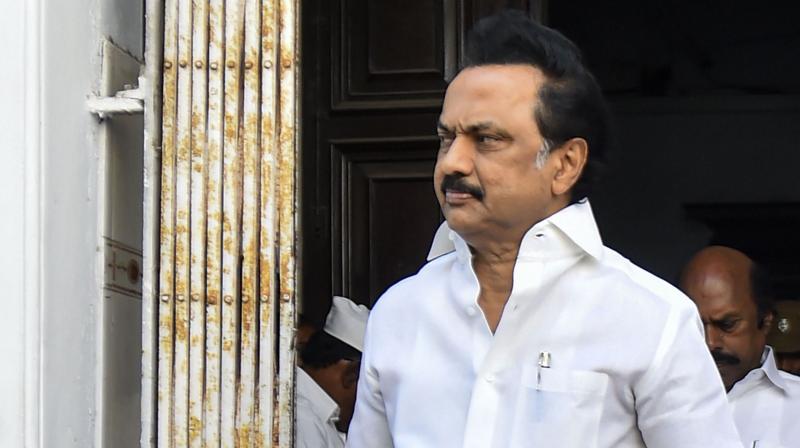 The AIADMK government has pushed the economy and industrial development of the State into an abyss, turning the future of youth into a big question, DMK President M K Stalin said on Sunday.

Since December 2019 unemployment had gone up ten times due to the wrong policies of the government, Stalin alleged, adding it had destroyed the hopes of the youth.

Alleging that the government was making ‘empty announcements’, putting out ‘needless advertisements’ and giving out tenders on commission basis, he said the continuation of the lockdown with no regulations and not knowledge of scientific reasons putting people into hardship.

By continuing the e-pass system with its inherent irregularities even after the National Disaster Management Authority had directed the removal of the system, the government tied up their people in their homes, restricting their movement, he pointed out.

He referred to a joint survey by Tamil Nadu’s Economic and Statistical department and the Madras Institute of Development Studies that revealed a job loss for at least one person in 53 per cent of the households in the State between March and May alone.

Stalin said both urban and rural areas were affected, according to the survey which had put the figures in cities as 50 per cent and villages as 56 per cent.

In general, the job loss in the unorganized sector alone was 83.4 percent among daily wage earners, which prompted the DMK to demand a payment of Rs 5000 cash as relief to every family, he said, adding that the government failed to do it putting the people in deep financial crisis.

Besides reiterating the demand for payment of Rs 5000 to poor families, Stalin also wanted the government to bring out a white paper on the new investments made in the State and the job opportunities that it would provide since the Chief Minister and Ministers had been harping on attracting new investments and the signing of MoUs.