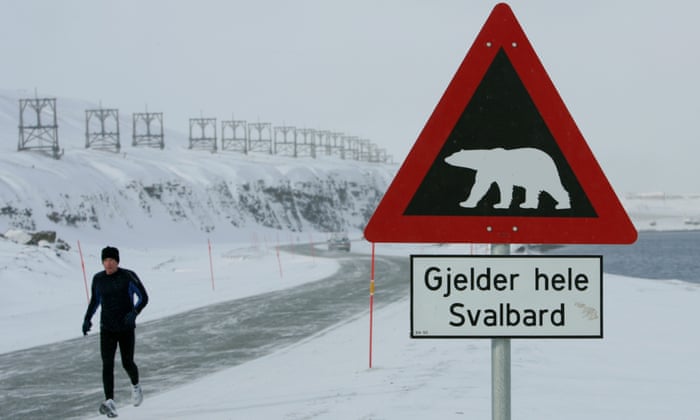 A man has died after being attacked by a polar bear at a campsite near Longyearbyen in Norway’s Arctic Svalbard archipelago.

The man, identified only as a foreign visitor, was pronounced dead on arrival at hospital.

Longyearbyen is the main settlement in Norway’s Arctic Svalbard archipelago, which is about 500 miles (800km) north of the Norwegian mainland.

The bear was shot dead by locals in a car park close to the airport. According to the Norwegian broadcaster NRK, the man was in one of several tents at the campsite when he was attacked. 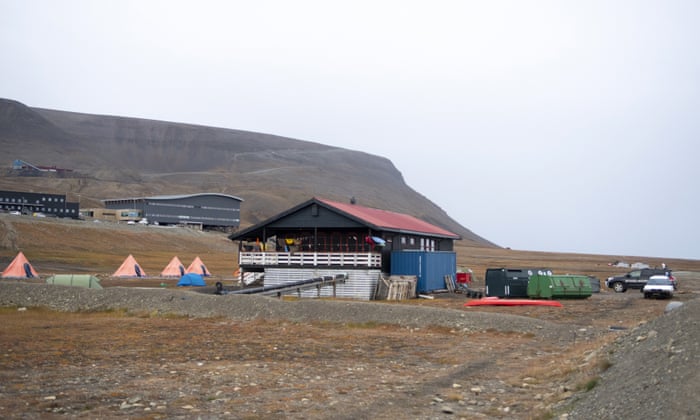 While there have been only five deaths from polar bear attacks in this area since 1971, authorities warn travellers of the risk from polar bears and those venturing away from settlements are required to carry firearms as a precaution.

An advice website for visitors says the bears can appear anywhere on Svalbard and urges people to stay as far away as possible to avoid situations that could be dangerous “for you and for the bear”. It is understood that staff working at the campsite have firearms.

Svalbard is dotted with warnings about polar bears. Visitors who choose to sleep outdoors receive stern warnings from the authorities that people must carry firearms when moving outside settlements.

The last death from a polar bear encounter in Svalbard happened in 2011 when Horatio Chapple, a 17-year-old boy from Salisbury, south-west England, was killed at a campsite while on a trip organised by the British Schools Exploring Society.

In 2015, a polar bear dragged a Czech tourist out of his tent as he and others were camping north of Longyearbyen, clawing his back before being driven away by gunshots.

According to a spokesperson for the Svalbard governor’s office: “Police were notified at 3.50am that a person at the campsite had been attacked and injured by a polar bear. The bear was shot at by people on the spot and walked towards the airport, which is located nearby,” said the assistant governor Sølvi Elvedahl.

Elvedahl said it was not clear if a guard against bears had been stationed at the campsite. “It will be part of the investigation. We are in bear territory, and polar bears are a danger to humans.”

Six other people were staying in tents at the campsite when the attack took place. According to NRK, the campsite does not allow guests to have firearms on the site and does not advise bear alarms or the use of flares as bear deterrents during the summer season when bear approaches are less frequent.

The campsite’s owner, it emerged, had recently purchased electric bear fencing to protect the site.

The attack took place amid several recent sightings of bears around Svalbard. A female bear with young was darted and moved, while on Tuesday night two bears were observed near Longyearbyen.

According to the local paper Svalbardposten, researchers at the local university field centre, Unis, avoid spending the night in tents near the shoreline – where the campsite is located – because of a recent increase in the presence of polar bears.

This week, there are thought to be more than 200 overnight visitors in hotels and guesthouses on Svalbard.

Hurricane heading for Texas and Louisiana upgraded to ‘catastrophic’ Category 4

Putin says Russia created ‘reserve’ to use in Belarus, but for now sees no reason to intervene

Global coronavirus death toll surpasses 800,000, WHO hopes it will be over in two years