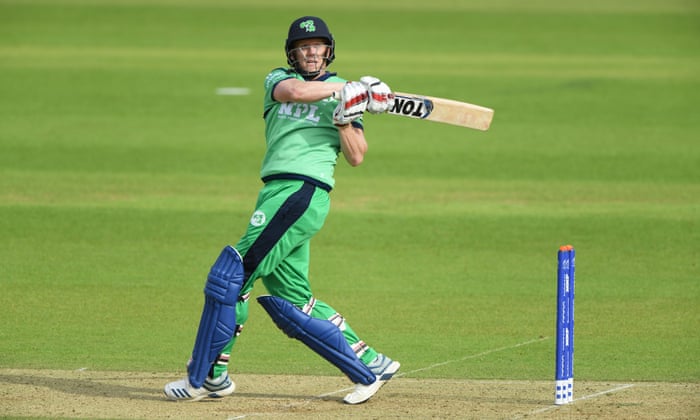 “O, O, Ooooo… O’Brien,” goes the annoyingly catchy advert for Australia’s best-known car windscreen replacement company. But it was a case of “Oh, oh, no” for Kevin O’Brien after the Irish cricket star smashed the back window of his own car with a trademark six.

O’Brien could have done with the services of his namesakes after his huge strike – one of eight sixes he blasted during a Twenty20 match in Dublin – sailed out of Pembroke Cricket Club’s ground and into the adjacent car park, where he had had the misfortune to leave his vehicle. 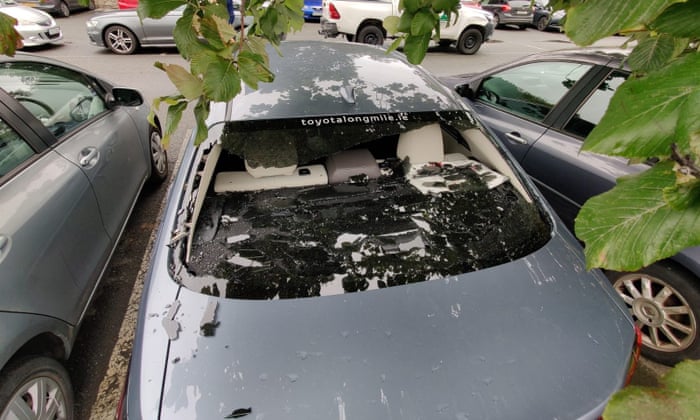 Help was at hand for the big-hitting all-rounder though – he is a brand ambassador for Toyota, and a visit to a local dealership fixed the problem immediately.

💥Our SMASHING Brand Ambassador was straight in to us here @ToyotaLongMile after his Man of the Match performance today for Leinster where one of his big hits managed to do this to his own back window!!🚗💥

Don't worry @KevinOBrien113 we'll get it fixed up as good as new!! pic.twitter.com/3RUm8Z3NHL

O’Brien is well-known for his destructive batting – he holds the record for the fastest World Cup hundred, reaching the mark after just 50 balls against England in India during the 2011 tournament.

On Thursday, he hit 82 off 37 balls to guide Leinster Lightning to a 24-run win over North-West Warriors in a rain-affected Cricket Ireland Inter-Provincial Twenty20 Trophy match.