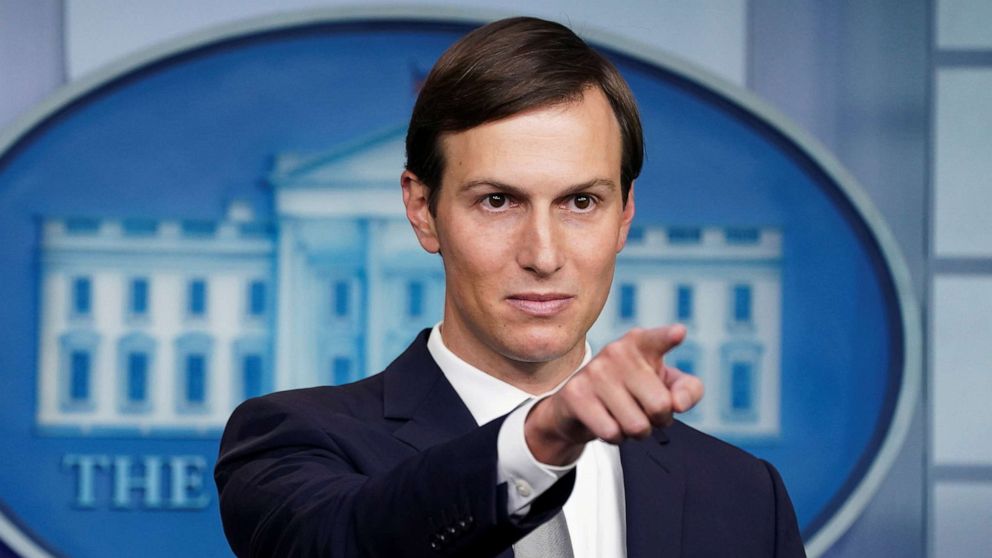 Two top White House officials on Thursday criticized NBA athletes who refused to play in protest of the police shooting of Jacob Blake in Kenosha, Wisconsin.

President Donald Trump weighed in Thursday afternoon and took a swipe at the NBA, which he said has become “like a political organization — and that’s not a good thing I don’t think that’s a good thing for sports or for the country.”

The president’s senior adviser and son-in-law Jared Kushner earlier Thursday said NBA players have the “luxury” to “take a night off from work” because of their paychecks — while saying “actual action” is what’s needed to help achieve racial justice.

“I think the NBA players are very fortunate that they have the financial position where they’re able to take a night off from work without having to have the consequences for themselves financially,” Kushner told CNBC Thursday morning. “So they have that luxury, which is great.”

“With the NBA, there’s a lot of activism and I think that they put a lot of slogans out, but I think that we need to turn that from slogans and signals to actual action that’s gonna solve the problem,” he continued.

The Milwaukee Bucks on Wednesday night ignited a league-wide strike when they refused to take the floor for a playoff game. It came three days after Blake, 29, was shot seven times at point-blank range in the back by a white Kenosha police officer and left paralyzed on Sunday, his family said.

Later Wednesday, the NBA and WNBA announced it would officially postpone its games, and there will be no games on Thursday.

Asked his reaction on Thursday while visiting the Federal Emergency Management Agency headquarters in Washington, Trump said he thinks that “people are a little tired of the NBA.”

“I don’t know much about the NBA protests. I know their ratings have been very bad because I think people are a little tired of the NBA, frankly, but I don’t know too much about the protests but I know the ratings have been very bad and that’s to. That’s unfortunate they’ve become like a political organization. And that’s not a good thing I don’t think that’s a good thing for sports or for the country,” Trump told reporters.

Kushner said the conversation should pivot from “an emotional one to a constructive one” to be effective.

“If people don’t like seeing what’s happening in a lot of these cities, President Trump has been very strong to say we don’t want violence in these cities, but we just have to take this conversation from an emotional one to a constructive one and say what are the policies that we can agree on we all agree on where we want things to go,” Kushner continued.

Marc Short, the chief of staff to Vice President Mike Pence, attacked the NBA players despite the sensitivity of the situation, calling the NBA strike “absurd and silly” and adding, “If they want to protest, I don’t think we care.”

Short criticized the NBA for what he called a “discrepancy” in the NBA on what the organization chooses to speak out about and pointed to a “continued acceptance or non-denial or non-speaking out against China’s continued abuse.”

“You have seen that cooperation from this administration from the start, but I do think there is a discrepancy about what the NBA has chosen to speak out against and what they don’t,” he said.

Kushner said Thursday he plans to reach out to LeBron James, one of the most outspoken players in the NBA about social and racial justice, telling Politico the White House is “happy to talk with him and say, ‘Look, let’s both agree on what we want to accomplish and let’s come up with a common path to get there.'”

The president has been critical of the NBA and James specifically in the past after the basketball superstar told CNN’s Don Lemon Trump was “using sports to kinda divide us.”

As protests continue in Keosha, Wisconsin, Trump on Wednesday said that he “will be sending federal law enforcement and the National Guard to Kenosha, WI to restore LAW and ORDER!” though it was unclear if federal assistance had been welcomed by the governor.

The president’s tweets Wednesday are just the latest in a series of strongly-worded declarations by the president calling for federal forces to be sent to American cities grappling with protests and incidences of civil unrest amid national outrage over racial profiling and use of force by police.

Trump has still not directly commented on the shooting, but Blake’s mother Julia Jackson told CNN Thursday she missed a call from the president before a White House official confirmed to ABC News efforts have been made to connect the president with Blake’s family.

“And then also for President Trump, I’m sorry I missed your call, because had I not missed your call, maybe the comments that you made would have been different. And I’m not made at you at all. I have utmost respect for you as the leader of our country,” she said.

But Trump’s silence in public on Blake’s shooting is in stark contrast to his political opponent Joe Biden, who released a video Wednesday, saying “What I saw on that video makes me sick. Once again, a Black man, Jacob Blake, has been shot by the police in broad daylight with the whole world watching.”

The president, meanwhile, has made a number of inflammatory comments throughout the protests for racial justice in the wake of George Floyd’s death, including threatening White House protesters with “vicious dogs” and “ominous weapons” as well as using the phrase with racist roots: “When the looting starts, the shooting starts.”

Even as he threatened protesters, Trump in May called Floyd’s death “shocking” and “a terrible thing” and said he did not know the history behind the “shooting” phrase he tweeted, reportedly first used in 1967 by Miami’s police chief in response to violent crime.

On Thursday evening, Trump will address the civil unrest in Kenosha when he accepts the Republican nomination for president with remarks from the White House, according to Trump campaign communications director Tim Murtaugh, and is expected to continue his “law and order” message.

“I’m not going to get into very much in the way of specifics about what the president will talk about as far as specific topics, but the president will address the unrest in this country. He will make reference to Kenosha, and he will speak about the issue,” Murtaugh told ABC News.

Earlier this month, he called NBA players kneeling during the national anthem “disgraceful” in a call to “Fox and Friends.”

ABC News’ Elizabeth Thomas, Will Steakin and Rachel Scott contributed to this report.