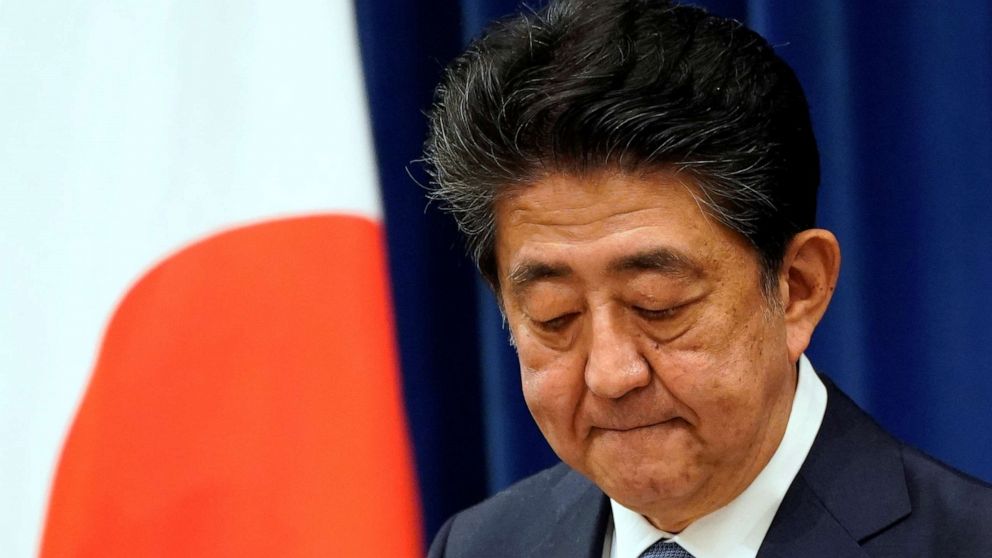 Japanese Prime Minister Shinzo Abe will step down as the country’s leader due to chronic health issues.

“I cannot be prime minister if I cannot make the best decisions for the people,” Abe said at a news conference on Friday.

“It is gut wrenching to have to leave my job before accomplishing my goals,” he said.

The 65-year-old has suffered from the disease ulcerative colitis, a chronic condition impacting the large intestine. He had visited a hospital twice over the past weeks, fueling speculation that his days in office were numbered.

Abe said he decided to resign after a medical examination on Monday.

He will stay on as a member of parliament, as long as his health allows for it.

There will now be a leadership race in the ruling Liberal Democratic Party within the next few weeks.

Abe refused to comment on who he favors as a successor.

Deputy Prime Minister and Minister of Finance Taro Aso is expected to temporarily take over.

During Friday’s press conference, Abe also apologized to the Japanese public for not completing his term at the end of September 2021, after the Summer Olympics, which were postponed a year due to the coronavirus pandemic.

Abe became Japan’s longest continuously serving leader on Monday, having stepped into the role in 2012.

It’s not the first time Abe’s health has forced him to step down. In 2007, Abe’s condition forced him to resign as prime minister, after just one year in the role.

Five years later, he led the conservative Liberal Democratic Party back to power.

Abe has staunchly pursued a nationalist agenda. He is known for stimulating the country’s economy with his aggressive “Abenomics” policy and has ramped up Japan’s military might, despite the restrictions of a pacifist post-World War Two ban.

Abe sought to cultivate a close relationship with President Donald Trump. He was the first foreign leader to visit Trump after his election victory in November 2016 and the pair played golf together several times.