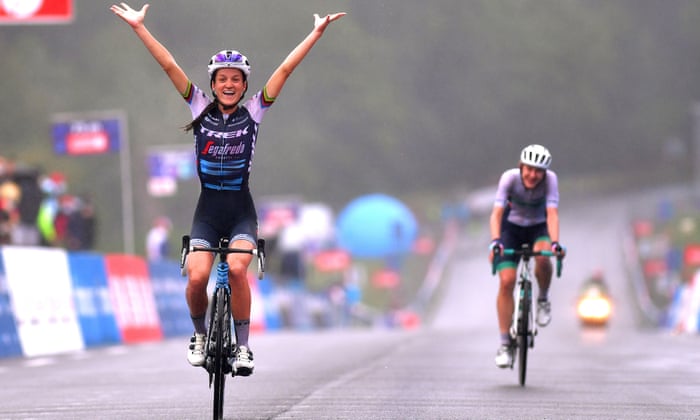 Lizzie Deignan, fresh from victory in the GP de Plouay one-day race this week, will be among the contenders for victory in La Course women’s World Tour race in Nice on Saturday.

La Course, initially scheduled to take place in Paris as the Tour de France ended, is steadily growing in popularity and prestige and is the curtain-raiser to the three-week men’s event.

This year, La Course will be raced on a 96km two-lap circuit, finishing on the Promenade des Anglais, that takes in the third category Côte de Rimiez climb, also featuring later in the day in the first stage of the men’s Tour de France.

Deignan, who is based in nearby Monaco during the racing season, said: “It’s kind of a home race. It’s just down the road and I’ve ridden these roads a lot.

“This year is an easy year for Tour promoters ASO to back out of having a women’s race, so I’m pleased there is still a women’s race. I think it’s a good racing circuit and it’s going to be quite aggressive.”

Deignan will be supported by her teammate Elisa Longo-Borghini, silver medallist at the European Championships and another contender for victory. But they will face opposition from last year’s La Course winner, the triple world champion Marianne Vos and the world road race champion Van Vleuten, whose unstoppable winning form continues.