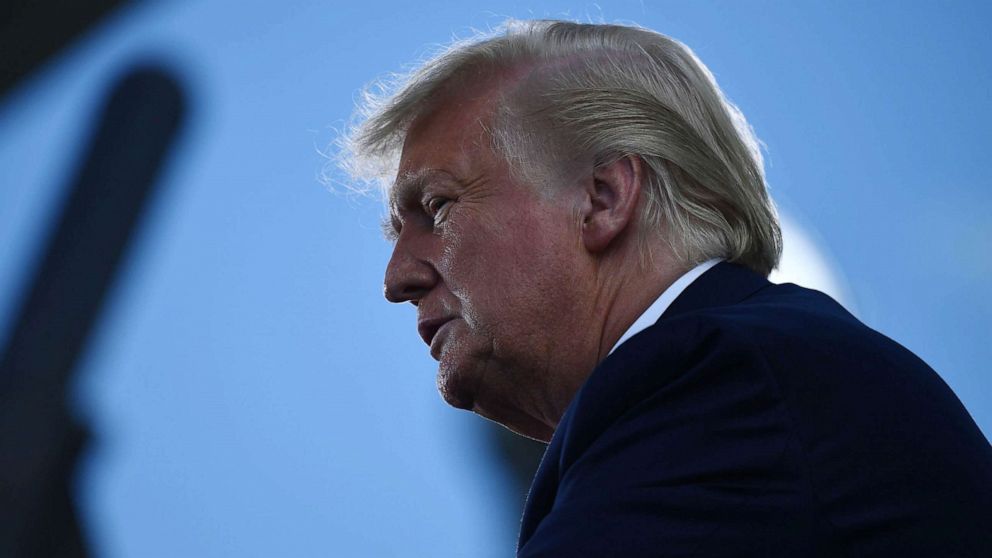 The Democratic National Committee plans to counter President Donald Trump’s convention speech with an ad casting Trump as a failed leader by using his own words during the 2016 convention. It will be overlaid with footage from events during his first term in office, including video from the white supremacist rally that took place in Charlottesville, Virginia, in August 2017.

“Donald Trump’s chaotic leadership and divisive rhetoric has been a disaster for Americans. His failures have led to over 180,000 deaths, left millions unemployed and decimated our economy,” said DNC War Room senior spokesperson Lily Adams. “During his 2016 convention, Trump himself spoke against the same sort of chaos he has caused in our country. It’s clear to Americans that we can’t afford four more years of Trump.”

The minute-long ad, which was posted to YouTube, will air on television in Washington and is part of a six-figure ad buy over the week.

It starts with the president at the 2016 convention saying, “The most basic duty of government is to defend the lives of its own citizens, any government that fails to do so is unworthy to lead.”

Then, as Trump says, “We will lead our country back to safety, prosperity and peace. We will be a country of generosity and warmth,” the ad shifts to show footage of the mass protests in the wake of George Floyd’s death, depicting aggressive responses from militarized-looking law enforcement.

The ad also shows video of the peaceful protesters being forced out of Lafayette Square by law enforcement on June 1, after officers used chemical irritants to remove them from the area ahead of the president and members of his administration walking to St. Johns Episcopal Church, across from the White House. Footage of Trump walking to the church, and the subsequent photo op of him holding up a Bible in front of it plays later in the ad.

Turning to one of the most criticized moments of Trump’s presidency — a moment Democratic nominee Joe Biden invoked when he launched his campaign — the ad shows white nationalists and neo-Nazis entering the University of Virginia’s campus with torches at night, and the “Unite the Right” rally in Charlottesville the day after, on Aug. 12, 2017.

During that rally, counter-protesters and the far-right and extremist attendees clashed, leading to one rally attendee driving his car through a crowd of counter-protesters, killing 32-year-old Heather Heyer. The ad includes video from that moment. In reaction to that clash, Trump said there was “blame on both sides,” and that there were “very fine people on both sides.”

“Anyone who endorses violence hatred or oppression is not welcome in our country, and never will be,” Trump is heard saying as that video plays. “Our citizens have endured one humiliation, after another. I alone can fix it.”

The ad concludes with video of Biden supporters, protesters at the Women’s March and after Floyd’s death holding up their fists, and of Biden and his running mate, Sen. Kamala Harris, as Trump says, “History is watching us now. It’s waiting to see if we will rise to the occasion, and if we will show the whole world that America is still free and independent and strong.”

“While (Trump) continues to lie to the American people, Democrats will keep talking to voters about Joe Biden and Kamala Harris’ plans to bring this country together to solve the crises facing our nation,” the DNC’s Adams said.

Democrats have tried to counter-program the Republicans’ convention in some way every night.

On Monday evening, the DNC blasted Trump’s coronavirus response, projecting a massive image on the side of the Newseum in Washington, which is across from Mellon Auditorium, where many of the RNC’s speakers gave their speeches.

“Donald Trump’s COVID Chaos… 5.7 million cases of COVID-19 in the U.S… 175,000+ COVID-19 deaths in the U.S….’It is what it is” -Donald Trump,” the projection read — the final item coming from when Trump said to Axios, “It is what it is,” after the interviewer pointed out that 1,000 Americans were dying daily from the coronavirus.

On Tuesday night, Democrats projected an image on the Trump International Hotel in the nation’s capital, that said, “Trump has NO PLAN.”

And on Wednesday, the party launched mobile billboards targeting the Trump administration’s efforts to overturn the Affordable Care Act. The billboards drove by his hotel, the White House, the RNC and the Mellon.