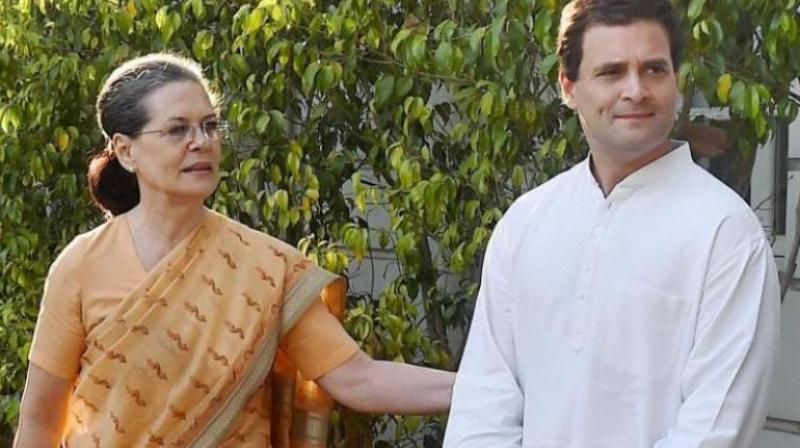 New Delhi: Notwithstanding the open rebellion by a section of its senior leadership, the Congress Working Committee (CWC) on Monday decided that Sonia Gandhi would remain the party’s interim president for the next six months during which time an AICC session would be called and a new chief would be elected.

Mrs Gandhi, however, said that she bore no “ill-will” towards anybody, referring to more than 23 leaders, including stalwarts like Ghulam Nabi Azad and Anand Sharma, who were signatories to the letter which complained about a drift in the party, called for sweeping changes to the AICC and the election of a permanent president, someone who is “full-time, visible.

Ending the meeting on an emotional note, Mrs Gandhi said, “I am hurt but they are my colleagues. Bygones are bygones, let us work together.”

In the seven-hour long meeting of the CWC, the leaking and timing of the letter was discussed more than its content. However, what the letter and the subsequent acrimonious and often emotional discussion did manage to achieve was in effect stalling the return of Rahul Gandhi as the president for another six months or till an AICC session is called.

This would be a dampener for “Team Rahul” who have been clamouring for his return as the party president.

Mr Gandhi had resigned from his post after the party’s massive defeat in the 2019 Lok Sabha polls in which he lost even his family bastion of Amethi.

Asking his mother Sonia Gandhi to continue as the interim president instead, a resolution passed at the end of the CWC meet said: “The CWC has extensively deliberated on the letters… The CWC makes it clear that no one will be or can be permitted to undermine or weaken the party and its leadership at this juncture. The responsibility of every Congress worker and leader today is to fight the pernicious assault on India’s democracy, pluralism and diversity by the Modi government”.

It said that the voices of “our two leaders” (Sonia and Rahul) have inspired a generation of Indians, both within and outside of the Indian National Congress, to rise and demand answers from this government which seeks to desperately distract the people through shallow and manufactured issues.

The CWC further noted that inner-party issues cannot be deliberated through the media or in public fora.

Over 23 Congress leaders had in the letter, called for "effective leadership" that will be "visible" and "active" in the field. While calling for "honest introspection”, it suggested reforms, including decentralisation of power, empowerment of state units and organizational elections at every level. The letter also said that the Nehru-Gandhi family will "always remain an integral part of the collective leadership" of the Congress Party.

The meeting began Monday morning on a highly acrimonious note with reports suggesting that Mr Gandhi accused the leaders who wrote the letter of being on the side of the BJP.

Mr Gandhi also questioned the timing of the letter and attacked them for going public against the leadership, saying differences need to be discussed in party platforms and not the media.

He said the letter came at a time when Sonia Gandhi was hospitalised and the party was fighting with the BJP in Rajasthan to save its government, sources said.

Kapil Sibal, one of those who signed the letter, but is not part of the CWC, tweeted: “Rahul says 'we are colluding with BJP'. Succeeded in Rajasthan High Court defending the Congress Party. Defending party in Manipur to bring down BJP government. Last 30 years have never made a statement in favour of BJP on any issue. Yet 'we are colluding with the BJP'!"

However, a little later he clarified that he was withdrawing the tweet.

"Was informed by Rahul Gandhi personally that he never said what was attributed to him. I therefore withdraw my tweet," he said.

Mr Azad also clarified that he was speaking about other leaders accusing him of siding with BJP and not Mr Gandhi.