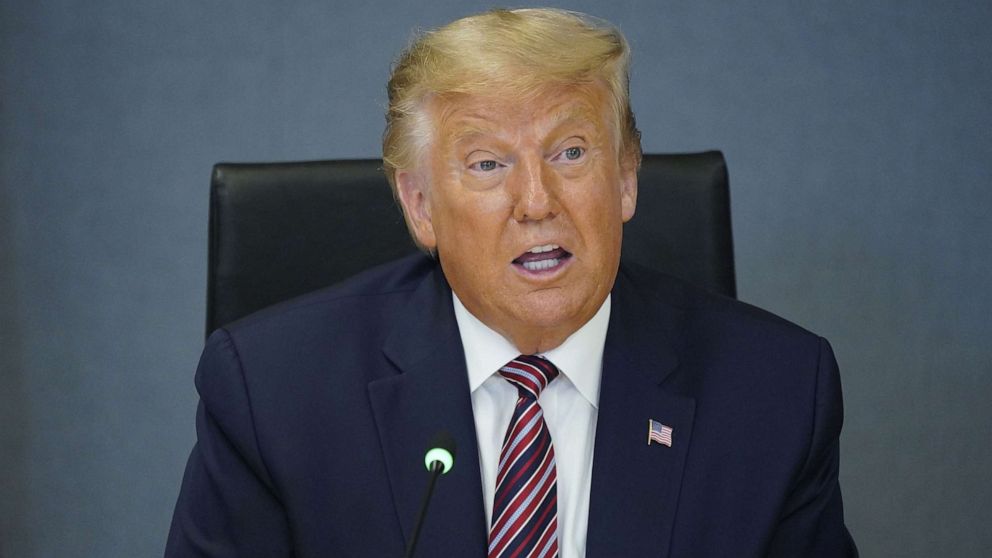 With COVID-19 killing more than 180,000 and infecting more than 5.8 million in the U.S., many voters are looking to the mail as a safe way to cast their ballots in November.

President Trump’s frequent criticism of voting by mail, the system has come under tremendous scrutiny less than three months before Election Day — a situation critics say may lead to disenfranchisement through a campaign of disinformation.

The president has decried voting by mail on a regular basis, repeating unsubstantiated claims that there will be widespread voter fraud in the 2020 election due to mail-in ballots.

“Mail in ballots are very dangerous. There is tremendous fraud involved and tremendous illegality,” President Trump said in May [He also suggested recently that if he doesn’t win the election in November, the contest is “rigged.”

“When government, state governments start adopting these practices like mail-in ballots that open the floodgates of potential fraud, then people’s confidence in the outcome of the election is going to be undermined,” Barr told Fox Business host Maria Bartiromo in June. “And that could take the country to a very dark place, if we lose confidence in the outcomes of our elections.”

Intelligence officials have concluded that mail-in ballots are not susceptible to widespread fraud.

“We’re fully aware that COVID-19 and the expectation of the increased mail-in ballots has created a new environment for this election cycle,” a senior FBI official told reporters on a conference call Wednesday. “However, we have not seen to date a coordinated national voter fraud effort during a major election. It would be extraordinarily difficult to change a federal election outcome through this type of fraud alone, given the range of processes that we need to be affected or compromised by an adversary, at the local level.”

A senior intelligence official said there has been no information or intelligence that any other country is engaging in activities to undermine any part of the mail-in vote or ballots, contradicting the President.

Experts and most secretaries of state interviewed by ABC News disagree with the president and attorney general’s assertions that mail-in voting could discredit an election.

“Voting by mail is not some kind of new, untested innovation,” Dale Ho, director of the ACLU’s Voting Rights Project told ABC News. “We’ve been using it in this country since the Civil War. And I think over 80 percent of Americans live in states that have committed to letting every eligible voter cast a ballot by mail in November. So it’s not something kind of new or crazy. It’s been something that people in this country have been doing for over a century.”

ABC News reached out to elections authorities in all 50 states for their assessment of Trump’s claims. Of the nearly 30 secretaries of state and elections board offices who provided on-the-record responses in July none expressed doubts in their state’s ability to protect the integrity of their elections this November.

“There is no widespread voter fraud, vote by mail is extremely safe,” Colorado Secretary of State Jena Griswold said. “And we have the safeguards in place to make sure that we would catch any double voting. What vote by mail does is actually make us more cyber secure because Russia cannot hack a mail ballot.”

In recent days amid an ongoing crisis with the Postal Service, questions have been raised about whether mailed ballots will actually get to their destination in time to be counted and whether they will actually be counted.

The president has attacked drop boxes that are intended for people to drop their ballot in so they can be counted in time.

“So now the Democrats are using Mail Drop Boxes, which are a voter security disaster. Among other things, they make it possible for a person to vote multiple times. Also, who controls them, are they placed in Republican or Democrat areas? They are not Covid sanitized. A big fraud!” the president tweeted Sunday.

Mail drop boxes are a place where voters can drop off their ballot in a “safe and secure location,” Griswold explained.

“There’s absolutely zero evidence that ballot drop boxes are anything other than something that is convenient that helps people vote,” Ho explained.

May not know results on election night

The newly installed postmaster general and Trump donor, Louis DeJoy, has been under fire from Democratic critics for trying to cut USPS services so close to an election that is going to rely so heavily on the mail.

“All my actions have to do with improvements in postal service. Am I the only one in this room that understands that we have a $10 billion a year loss,” DeJoy told Congress earlier this month. “The postal service is fully capable and committed to delivering the nation’s ballots securely and on time.”

There have also been questions raised about the ballots being counted on election night and how long it will take to know the results.

Earlier this month, President Trump warned that “lots of things can happen” if the presidential race isn’t decided on election night. The president also accused Democrats of trying to “steal an election” by using vote by mail.

Chris Krebs, the Director of the Cybersecurity and Infrastructure Security Agency, the cyber arm of the Department of Homeland Security, said at a conference earlier this month, that election day results will look a little different.

“On November 3rd it’s quite possible that we won’t know who won the election,” Krebs said in pre-taped remarks in early August. “That’s why we need you. We need everyone to be more patient voter to wait until the vote is certified. And we know who the winner is, again, it takes a little bit more time this go around because of COVID, but that’s okay.”

A lot will depend on whether states will allow mail-in voting to be counted earlier and not just beginning on election night.

“The most important thing is to get the vote counting, right? Not necessarily to get it done quickly,” Ho said.

Concerns remain among some Republicans

Some Republican secretaries of state, however are worried about fraud in voting by mail .

“I know that there are a number of concerns that have been introduced because of universal vote by mail,” John Merrill, the Alabama Secretary of State told ABC News. “Now, in Alabama, we have a situation where people can vote by mail, but it’s through the absentee process. It’s much safer and much more secure.”

Merrill points to other places, like in Los Angeles County, where he says 83 ballots were sent to one person or in Nevada “where thousands of ballots have been mis-mailed to people just basically keeping them from being able to vote and disenfranchising them altogether.”

“We recently saw what happened in Patterson, New Jersey, where four people have been indicted because of vote by mail fraud,” Merrill said.

According to the Associated Press, in June city council candidate Alex Mendez and other election officials were charged after 800 ballots were not counted after being found in a mailbox.

Mendez and the others allegedly approached people and collected their mail ballots, which is illegal in New Jersey.

“I am not guilty and I expect to be vindicated,” Mendez said in a statement according to local reports.

The actions in Nevada and Los Angeles County have not resulted in criminal charges.

In addition to people casting mail-in ballots, some still plan to vote in-person.

The president has raised the specter of sending law enforcement to the polls, something critics say can amount to pure intimidation.

Ho says that is ludicrous.

“Polling places are not like bars or clubs in Vegas with velvet ropes where people in sunglasses or with earpieces check your I.D. at the door,” Ho said. “Polling places are supposed to be freely accessible to every American. And no president in history has ever set federal law enforcement to stop people from accessing their polling places.”

Griswold blasted the idea and said it harkened back to the Jim Crow South not to mention illegal.

“Using police enforcement, law enforcement at polls is a tactic straight out of the Jim Crow South,” Griswold said. “Say you have an unpaid parking ticket. That should not stop you from casting a ballot. And the use of armed or in uniform police at polling centers is a tactic that we know is used to suppress voters of color. And I just think that we can’t stand for that anymore.