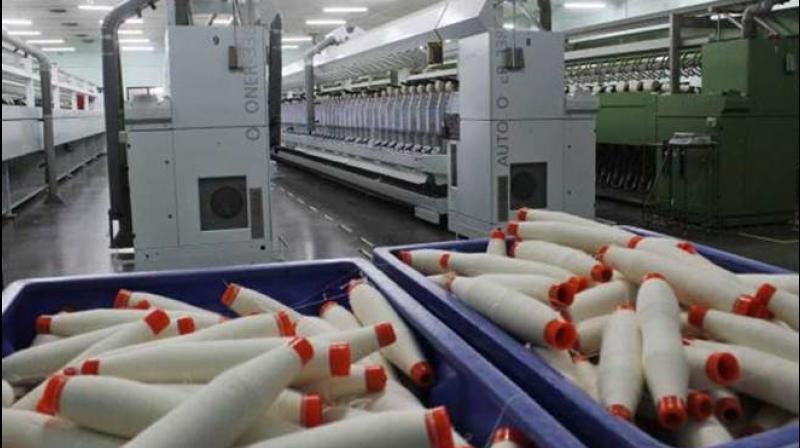 Viscose yarn producers and downstream sectors are troubled by the discriminatory pricing laid down by the lone domestic staple fibre producer and the anti-dumping duty slapped on imported fibre. Together, these two factors have made India’s viscose-based man-made textile products lose their competitiveness in the overseas market.

For the past 10 years, VSF has been enjoying “undue protection” by way of the anti-dumping duty at the rate of $0.103 to $0.512 per kg of import. This, however, has made the fibre costlier to domestic yarn producers in comparison with international prices.

On the other hand, Grasim, which produces VSF in India, has been following “discriminatory pricing” and MSME spinners have been suffering the most, the Southern India Mills Association says.

The current capacity of the domestic producer is not enough to meet the growing demands of the industry and hence the indigenous producer is adopting import parity pricing while selling the fibre to domestic spinners at a premium of Rs.20/kg, taking advantage of the anti-dumping duty. At the same time, Grasim is exporting the fibre to competing countries like Bangladesh, Turkey, Nepal, and Sri Lanka at international prices.

Further, the domestic fibre manufacturer has been adopting a highly complicated domestic pricing policy. They promise discounts to the tune of 40 per cent while withholding over one-third of it till the year end, leading to blockage of working capital. They link the discount to the incremental fibre consumption with a one-sided penalty clause and prevent sourcing from other suppliers with an annual contract, said SIMA.

“Competition Commission of India in its order dated March, 18 2020, levied a penalty of Rs.301.61 crore on Grasim for abuse of its dominant position in the market for supply of VSF to spinners in India. Grasim was found to be charging discriminatory prices to its customers, besides being found to be imposing supplementary obligations upon them,” said Ashwin Chandran, chairman of SIMA.

Due to the higher pricing of the fibre, the power loom sector has been increasingly importing yarn from overseas markets. The import of viscose spun yarn grew 27 times from 2,022 tonnes in 2016-17 to 56,262 tonnes in 2019-20. The industry lost the opportunity to utilise four lakh spindles production capacity worth around Rs 1,000 crore in 2019-20 and create 8,000 jobs in spinning. This also led to a forex outflow of $129.15 million on imports.

Removing the anti-dumping duty on VSF will help the domestic VSF prices align with global VSF prices and make the entire Indian VSF textile value chain globally competitive. This will boost production and exports of these products, said Chandran.

As the government had recently removed the anti-dumping duty on purified terephthalic acid, a raw material of polyester staple fibre, SIMA also wants the duty to be removed for VSF.