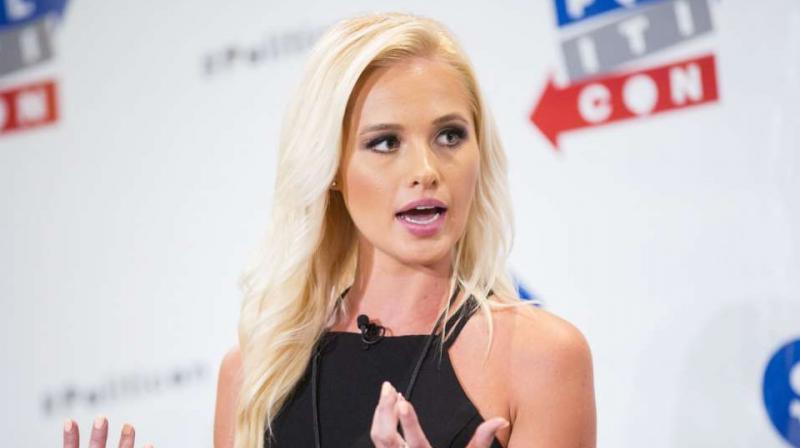 London: Amid the campaign for US Presidential elections Donald Trump's supporter and a former TV host Tomi Lahren called him "wise like an ulloo" in a video message, according to an article in The Independent.

In the article Ali-Asgar Abedi said he paid Lahren USD 85 through Cameo App to call President Trump a "jackass".

Lahren addressed the Indian supporters of the US President in the video.

Though she did not say the word 'jackass', she said 'ulloo' which literally means "owl" in Hindi, Urdu and Punjabi and colloquially "ulloo" means "jackass", said the article in The Independent and added that the term is only used pejoratively in India.

"For the uninitiated, Cameo is an app that allows people to pay (often washed-up) public figures to say anything they are told," the article said.

Citing the reason for such a prank, Abedi said, "Republican National Convention has been reduced to a cast of caricatures that closely resembles a comic book convention for villains only."

"Lahren thought she was calling Trump wise, but ended up insulting the man whose presidency her entire career is based on. Maybe her brain was fried from taking the President's advice about ingesting bleach. Or maybe she was easily duped because she's lacking in intellectual curiosity and only offers arguments that a toddler would call reductive," Abedi wrote.

"But we shouldn't just pick on Tomi Lahren — because the reality is that it could have been any other pro-Trump commentator who fell naively into such an obvious trap. Ben Shapiro, Jesse Watters, Mark Levin, Sarah Palin or Kimberly Guifoyle could have fallen victim to the same prank just as easily (although in the case of Guifoyle, she probably won't appear on Cameo because her vocal performance at the RNC will probably convince Aerosmith to have her replace Steven Tyler.)" he added.

The US Presidential Elections are scheduled for November 3 this year.

Why Congress may yet pass pandemic help for Americans