In the latest monthly Democracy Institute (DI)/Sunday Express poll President Trump has 48 per cent of the popular support over the former vice president’s 45 per cent. In the key swing states the gap is even bigger, with 49 per cent for Trump to 42 per cent for Biden giving the President a seven-point lead. The DI polls have consistently shown more positive results for the President than other surveys. While most suggest a Democrat lead, the monthly DI polls have been more favourable to Trump.

DI showed him ahead last month and even further ahead now. It carried out its poll by contacting a weighted sample of 1,500 people and playing them a series of recorded questions. They answered via their telephone keypads.

Polling by the institute has previously accurately predicted both the 2016 US election result and Brexit.

Sean Spicer – the former White House press secretary under President Trump – has suggested the difference is down to people being willing to vote for Trump but less keen to admit doing so.

It appears most US voters have made up their minds with three per cent of Trump voters and nine per cent of Biden supporters suggesting they could have a change of heart on polling day, November 3. 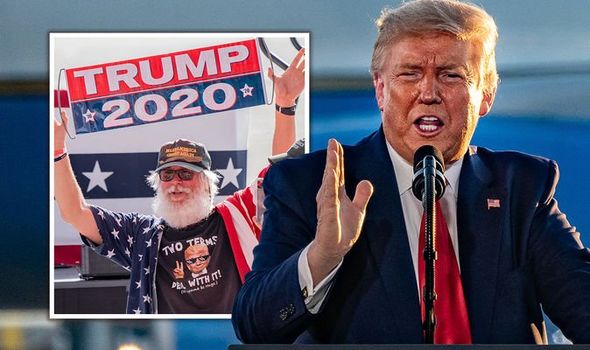 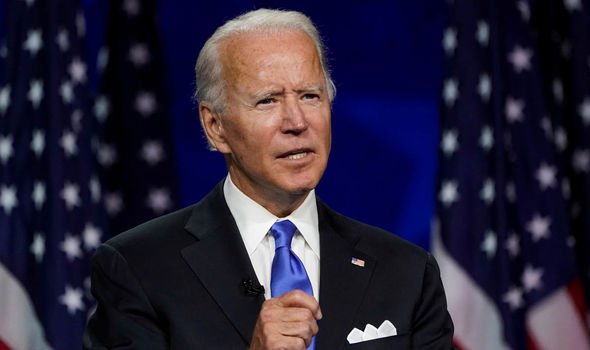 Patrick Basham, director of the Democracy Institute, said: “In any political campaign, there’s a moment that tells you which way the electoral wind is blowing.

“That moment arrived on Wednesday. Joe Biden restated his support for peaceful protests but, crucially, condemned the violence that has come to dominate the monthslong nationwide protest movement. “When a candidate changes his tune three quarters of the way through a race, it is not because he knows he holds a winning hand.

“He does so because the electoral ground is shifting beneath his feet.”

According to the poll, law and order is the top political issue with 37 per cent putting it as the most important, followed by 27 per cent for the economy.