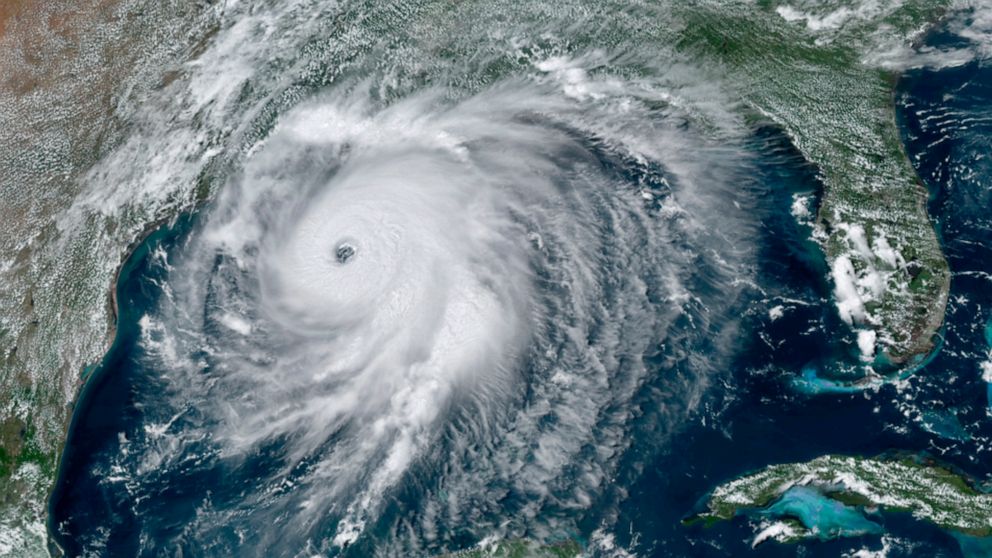 On Aug. 25, the National Hurricane Center classified the tropical storm Laura as a hurricane, and later announced that it might rapidly intensify over the next 24 hours. On Aug. 26, just 15 hours after that announcement, that forecast came true: Laura was a Category 4.

In the early morning of Aug. 24, 2017, the tropical cyclone Harvey was upgraded from a tropical depression to a tropical storm. Just five hours later, the National Hurricane Center announced Harvey would likely undergo rapid intensification before hitting land. This was also an accurate prediction: Harvey was classified a Category 4 hurricane just the next day. It became one of the most devastating natural disasters to hit the Gulf coast.

But if Laura or Harvey had occurred just a few years earlier, the NHC wouldn’t have made those predictions, and the storms’ strength at landfall would have taken the U.S. by surprise.

“When I started my career at the NHC in 2005, there’s no way we would forecast rapid intensification,” said John Cangialosi, a researcher at the NHC. “It didn’t matter what the models suggested; the confidence in the models wasn’t there. Today, our confidence in analyzing the models is much higher. And if we’ve seen that great improvement in 15 years, where will we be in another 50?”

Tropical cyclones — a category of storms that includes tropical storms, tropical depressions, typhoons and hurricanes — are massive, extremely complex systems of air and water. Forecasters’ ability to predict the path a storm will take has consistently improved over the past few decades, since it depends on large and easy-to-measure variables such as the ocean water temperatures or strong wind currents. But for predicting a tropical cyclone’s intensity, or strength, the little details matter.

“When it comes to intensity, the small things matter way more than the track,” Cangialosi said. “If you’re going to get the intensity right, you have to resolve the storm’s structure correctly. How tight is the eye, or the eye wall? Is it circular? Is it asymmetrical? You’ve got to get those details, and it wasn’t until just this past decade that the models have really turned the corner on that.”

Rosimar Rios-Berrios, a scientist who develops computer models of tropical cyclones at the National Center for Atmospheric Research in Boulder, Colorado, said predicting intensity is a particularly gnarly problem.

“Intensity is a more complicated problem that we do not fully understand,” she said. “A storm’s strength may be driven by multiple processes, like the amount or organization of clouds at multiple levels, or how the water vapor changes from liquid to ice. These tiny processes are difficult to capture in our models, and difficult to observe.”

But over the past decade, tropical cyclone models have drastically improved, reducing the size of each pixel or cell down to 4 kilometers (about 2.5 miles), from 12 kilometers (some hurricanes can have eyes as small as 10 kilometers in diameter). This increase in resolution is crucial, both Rios-Berrios and Cangialosi said, since accurate intensity predictions hinge so heavily on smaller-scale variables. This could mean the difference between preparing for a hurricane’s rapid intensification and being surprised by it — a difference that could save lives.

Tropical cyclone models have also grown better at incorporating observational data, which improves intensity predictions. Early models would rely on nothing but statistics, basing forecasts on storms that had happened before. Modern, dynamical models update their predictions as data comes in.

Modeling at smaller resolutions and incorporating real data are not necessarily brand-new developments in the field of tropical cyclone research, but advancements in computing power have finally started to make them accessible to forecasters.

Providing faster and more accurate predictions of rapid intensification can allow coastal cities to better prepare for storms like Laura and Harvey. As climate change worsens, experts believe the effects will contribute to more frequent and stronger hurricanes and make accurate forecasts even more crucial.

Scientists are turning to artificial intelligence to improve MRI scans