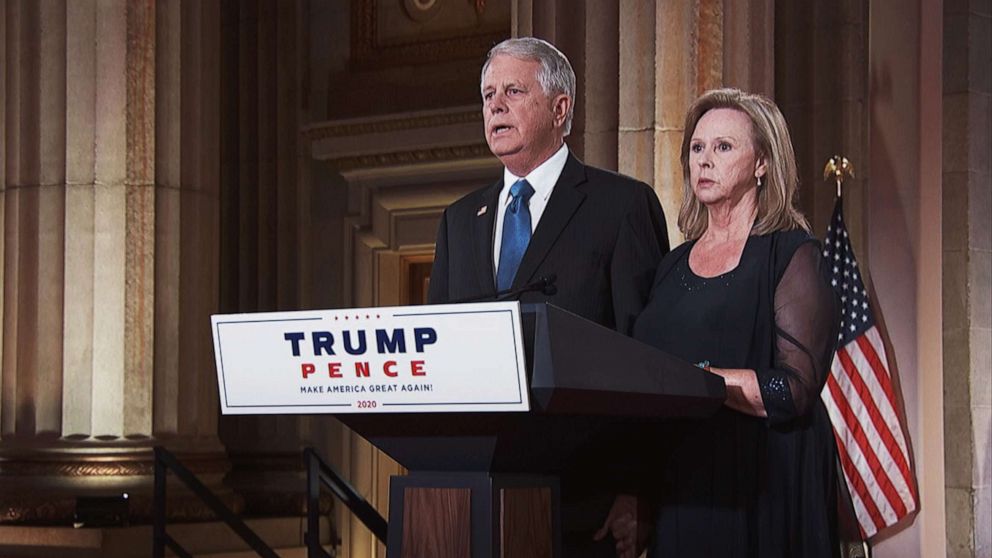 The parents of Kayla Mueller, a humanitarian worker who was held captive, tortured and killed by ISIS, honored their daughter at the Republican National Convention with a moving testimonial that called on Americans to “stay strong like Kayla.”

Kayla Mueller, 26, was on a humanitarian mission in Turkey on Aug. 3, 2013, when ISIS kidnapped her after crossing the Syrian border to visit a hospital. In February 2015, U.S. officials confirmed that she had died while in ISIS custody, but her body was never recovered.

“Everywhere Kayla went, people smiled,” her mother, Marsha Mueller, said Thursday night during a recorded segment. “Kayla had a gift to be able to see the world through someone else’s eyes.”

Her father, Carl Mueller, recounted the conditions she faced while held hostage by ISIS — living in solitary confinement, tortured and raped by Abu Bakr al-Baghdadi, the leader of ISIS.

“For 18 months, she endured,” Carl Mueller said. “And we endured an agonizing back-and-forth between us, the Obama administration and ISIS. We put all our faith in the government.”

Carl Mueller charged that the Obama administration “hid behind policy so much that we felt hopeless when they kept us from negotiating to save Kayla’s life.” He said they have not heard from Democratic presidential nominee, and then vice president, Joe Biden.

Biden did memorialize Mueller after her death was announced in February 2015, writing on Twitter, “Deeply moved by the life of Kayla Mueller. Our nation is stronger than any enemy can understand.”

President Barack Obama told BuzzFeed in 2015 his administration “devoted enormous resources” to rescuing Mueller, some detailed by Arizona Rep. Paul Gosar in an interview with The Arizona Republic when she was pronounced dead.

When President Donald Trump announced the death of al-Baghdadi in October 2019, following a military raid in Syria, he mentioned Mueller by name, calling her a “beautiful young woman” who died while trying to “help people.”

Carl Mueller said they named the mission Operation Kayla Mueller, and the operators called themselves Task Force 814, after her birthday, Aug. 14.

“Let me just say this: Kayla should be here,” he continued. “If Donald Trump had been president when Kayla was captured, she would be here today.”

Marsha Mueller shared a letter from her daughter that another hostage smuggled out, part of which said, “I am not breaking down and I will not give in no matter how long it takes.”

“Kayla taught me so many things as her mom,” Marsha Mueller said. “She’s still teaching us.”

FAA chief pilots Boeing 737 Max, says ‘I like what I saw’