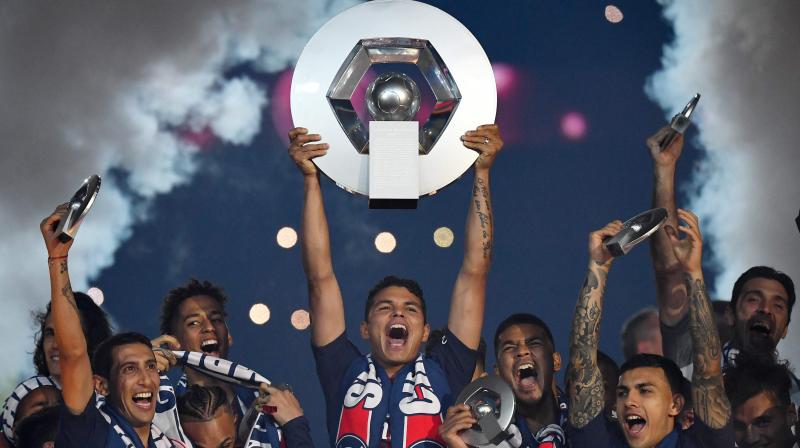 Paris: Paris Saint-Germain were declared champions of the French soccer league on Thursday after the season ended early because of the coronavirus pandemic.

The announcement from the league followed the French government's decision on Tuesday to call off the soccer and rugby seasons in the country and end plans to resume.

“We have (acknowledged) the end of the 2019-20 season and we have awarded the league title to PSG,'' league president Nathalie Boy de la Tour said.

PSG president Nasser Al-Khelaifi dedicated the title to the “healthcare staff and to all the everyday heroes on the front line whose commitment and self-sacrifice over many weeks have earned our deepest admiration.''

The top two divisions in French soccer had 10 rounds of matches left to play. PSG led second-place Marseille by 12 points having played one game less.

Marseille qualified directly for the Champions League while third-place Rennes will enter the qualifying rounds and fourth-place Lille goes into the Europa League.

At the bottom of the standings, last-place Toulouse and 19th-place Amiens were relegated while second-division leader Lorient and second-place Lens were promoted. The relegation-promotion playoff between the team in 18th place in the first division and the team in third in the second division was scrapped.

“We gave our leagues every chance to start again in mid-June,'' Boy de la Tour said in a conference call with reporters. “It brings an end to the uncertainty.''

PSG has won nine league titles, moving even with rival Marseille and one behind French record-holder Saint-Etienne. Since 2013, PSG has won the league every year but one, with the exception being Monaco's title in 2017. The other titles for PSG were in 1986 and '94.

PSG striker Kylian Mbappe finished as the top scorer for the second straight season, although this time he is tied with Monaco forward Wissam Ben Yedder with 18 goals. PSG winger Angel Di Maria had the most assists with 14, ahead of Monaco forward Islam Slimani with eight.

While PSG has reached the Champions League quarterfinals, Lyon was unable to play its second leg against Juventus in Turin after winning 1-0 at home in the last 16.

Cracking shot: Kevin O’Brien smashes a six and his own car window