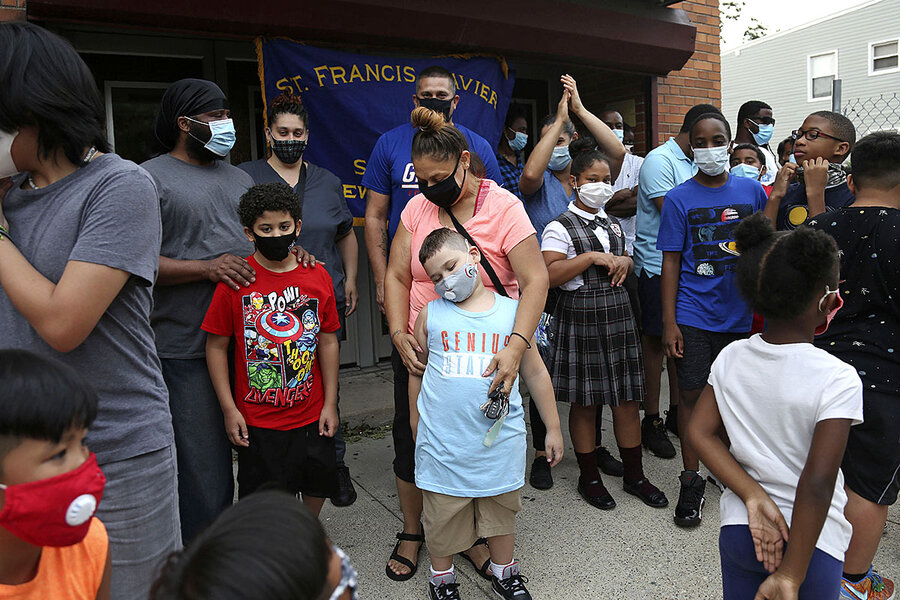 Penny Bortnick of Rockville, Maryland, is in an unusual position: Her twin daughters are in different schools – one public, one private.

She plans to closely watch both in the coming months, as she weighs whether paying for school is worth it.

“I enrolled my child in a private school for specific reasons,” says Ms. Bortnick, referring to smaller class size, among other things. “And on a virtual model, those needs are no longer being satisfied.”

Not shackled by district rules like their public counterparts, private schools have more leeway in this fall’s key education dilemma: to return to classrooms or not. But even with that flexibility, private school closures are on the rise in 2020, and recently a local health official in Maryland tried to include them in a ban of in-person teaching. Those private schools already educating remotely are hoping to convince parents that paying a premium is still worth it, even above popular alternatives like home schooling or hiring a teacher to oversee an education “pod.”

“The jury’s out on whether [private schools will] be able to manage the situation any better than the public school system would have,” says Robert Pianta, dean of the Curry School of Education and Human Development at the University of Virginia.

At stake for parents, as these schools eye survival, are options for educating their children at a time of pandemic-related upheaval. Symbolically, at least, this moment may mark a new phase in a politically charged battle over U.S. education. It’s a battle in which private schools – which educate about 10% of K-12 students nationwide – are viewed alternately as models of success or as threats to the public school ideal of equity in serving students from all socioeconomic backgrounds.

Wealthier families leaving public schools, taking precious resources with them, raises concerns about equity among some observers. But others say preserving a choice of schools is most important. Already, some 140 Roman Catholic schools, often another option for families of color, have closed permanently, adding fuel to advocates’ concerns. Secretary of Education Betsy DeVos has used the pandemic to advocate for expanded voucher programs and federal aid to private schools. Earlier this year, the CARES Act allocated money to private schools through microgrants, and the Trump administration is pushing for more funding for these schools in its negotiations with Congress.

Secretary DeVos also proposed changes to a federal program under Title I meant to support low-income students in private schools – effectively shifting money away from the public system. Her changes are now being challenged in court, says Kevin Welner, director of the National Education Policy Center at the University of Colorado Boulder.

Currently, the private school mix is tilted more toward an in-person or hybrid reopening than public schools are. “They’re a little bit of an experiment right now in this notion of in-person opening,” says Professor Pianta.

He and others worry that if in-person learning ends up confined mainly to private schools, it could create a privileged class of families that can afford the premium cost. “All of these COVID-related pressures just exacerbate the vulnerabilities of the existing system and the inequalities that exist within it,” says Professor Pianta.

A public-private battle played out here in Montgomery County, which includes Rockville, when the local public health officer banned all in-person schooling through at least Oct. 1 due to COVID-19 concerns. He later rescinded the order after parent protests, pushback from the governor, and a call by the state’s health secretary for private school plans to be evaluated case by case. The county’s public schools are planning, for now, to be entirely online at least through January.

But others say they support Dr. Gayles’ stated rationale – that the pandemic is not yet controlled enough to allow for safe reopening of schools, even private ones where students may be arriving by car rather than bus.

“We have to work together in order to [overcome] this,” while also addressing the needs of a diverse student population in the county, says Sunil Dasgupta, a parent who is also a University of Maryland political scientist and a candidate for the local school board.

Amid this debate, private schools that plan on reopening are feeling the costs of the pandemic.

Rabbi Mitchel Malkus, who heads the Charles E. Smith Jewish Day School in Rockville, cites “significant cost” over the summer for things like improved air filtration, higher tech for distance learning, and professional development for faculty – all with uncertainty about whether enrollment will be up or down.

For now, the school will begin with only distance learning for those above kindergarten – in keeping with recommendations from local health authorities. “I’m not questioning” the advice of Dr. Gayles, says Rabbi Malkus, calling the recent tensions here “unfortunate.”

Mary Beth Albertini, of Rockville, joined in one of the early August rallies opposing the health commissioner’s order. Her daughters are students at the Bullis School in Potomac, which will begin the fall with some in-person and some remote learning. She says the relative agility of private schools is a plus.

“I saw the difference last spring. … I was so impressed by how Bullis adapted to the circumstances and transitioned to online learning compared to the way the public schools were just so ill-equipped to do,” she says. “That’s part of why we pay the tuition that we do.”

Private school tuition varies widely, with religious schools often at the lower end of the spectrum. Meanwhile, the median for independent day schools last year was $26,866, according to the National Association of Independent Schools. Even so, these schools typically aren’t swimming in cash.

In May, parents and alumni of the small Seneca Academy in Darnestown, just north of Rockville, rallied to save it from closure after an exodus of families when learning went remote in the spring. An emergency loan under the CARES Act helped ease the cash-flow problems. Now, in a sign of rising interest as the new school year dawns, Seneca’s elementary program “will be bigger than it was last year,” says school head Michelle Parker. “We’ve opened a new section of first grade.” Students return on Sept. 1, starting with half days of in-person outdoor learning.

Regardless of other schools’ plans to reopen, concerns about parent choice linger for Ms. Bortnick, parent of the twin daughters.

Earlier this month, she joined five other families in a lawsuit against the county, petitioning against the blanket ban on private schools reopening in-person. Despite the rescinded order, their lawsuit remains active as a contingency, she says. For her, the issue is about choice – something she felt the county took away without sufficient reason.

She’s not yet sold on public or private education, but what better time to reevaluate, she says, than when both models are put to the test.

“It feels good to be involved with the conversation and maybe make changes,” she says. “Maybe we should question how education is done in this country to begin with.”

Trump is not the law and order candidate

St. Louis police officer dies after being shot by gunman