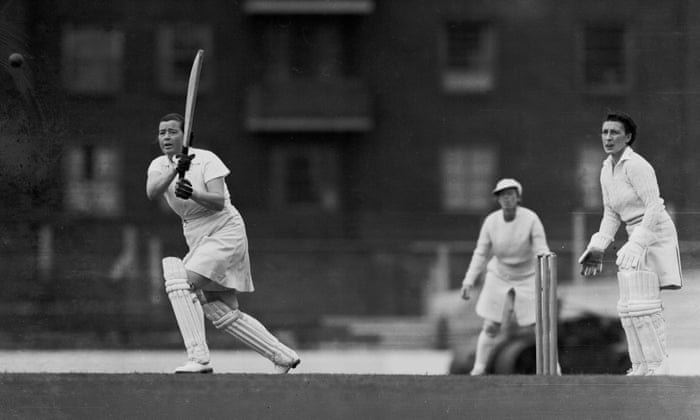 The history of women’s cricket seems a relatively recent one. If you were asked to guess the year the British media first covered a women’s county game, you might place it within the past decade. Perhaps, aware of the golden age that existed between the world wars – of names like Betty Snowball and Myrtle Maclagan – you would fix on the 1930s. It’s unlikely you would go all the way back to 1811, when Hampshire and Surrey played each other, watched by the sportswriter, and observer of London life, Pierce Egan.

This was no piece of hit and giggle. The game was played over three days – a Wednesday, Thursday and Monday in early October – on a field near Newington Green in north London. It was deemed “very excellent play” by Egan, who was impressed by the Surrey bowling and fielding, and drew a large crowd, its result staked for 500 guineas by two competing aristocrats. An innings of 41 by one of the Hampshire batters (cruelly run out in her pomp) helped Hampshire to secure a two-wicket win, despite interruptions for poor weather. When it was done the women, keen to keep playing, arranged a single-wicket match, then walked half an hour down the road for a picnic at the Angel, Islington. 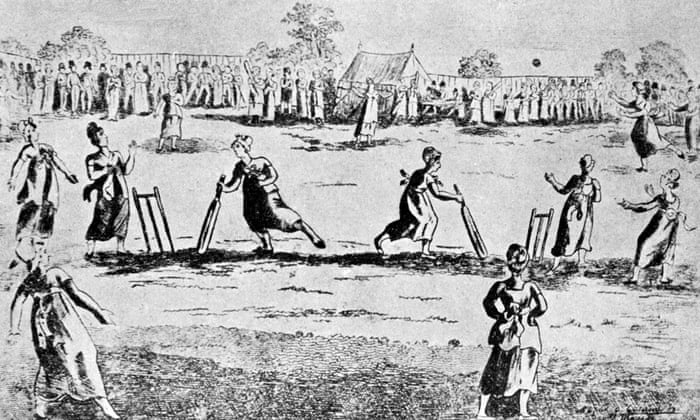 Women have been playing cricket since its early incarnations in the middle ages. The proof is under lock and key at Oxford’s Bodleian Library, where a group of them are depicted in a 14th-century painting, playing a mixed game in which the central figure is a female bowler. Village matches for women were popular throughout the 18th century, and there were men willing to support and encourage the pursuit.

What changed those attitudes? The bourgeois inclinations of the Victorians, that’s what. In Ladies and Lords, her academic history of the game, Raf Nicholson notes that in the 18th century cricket was still “largely confined to the lower classes”. The emergence of the English middle class and its “consignment of women to the home” as part of the feminine ideal was the real reason women’s cricket all but disappeared.

“In such an environment, opportunities for partaking in sport were minimal,” writes Nicholson. By the time the game regained fashion among women in the late 19th century, it was considered “manly”. Men’s aptitude for the game was considered essential to the future of the empire; women’s was either a curiosity or a near-political act.

There has been valid concern whether, in the post-pandemic sporting landscape, male priorities might, once again, stunt the progress of women’s cricket. When South Africa and India’s women pulled out of a planned triangular tournament against England it fed the presumption that, when times get tough, opportunities for women are the first to be sacrificed.

And yet the story behind the scenes during this season of Covid-19 has been a far more positive one.

When the England and Wales Cricket Board signed off its emergency budget to stage international cricket behind closed doors, it was done with equal provision for the men’s and women’s teams. Medical and operational resources, biosecure bubbles and broadcast offerings were all treated the same; for arguably the first time in history, England women’s games would be delivered on the same footing as the men’s. The West Indies were on Tuesday confirmed as the opponents for a five-match Twenty20 series next month.

Meanwhile the eight regional hubs created by the ECB’s action plan last year will play their first domestic games this weekend – exactly when intended. The format of this year’s domestic competition is a one-off, with the Rachael Heyhoe‑Flint Trophy mirroring the men’s Bob Willis Cup in its regional structure. Clare Connor, the governing body’s managing director of women’s cricket, says that because of the limitations imposed by coronavirus their domestic men’s and women’s cricket operations are the most integrated they have been.

“I’ve never felt more confident than this summer about the growing importance of the women’s game and its standing to be treated equally,” says Connor. “The standards of delivery, medical protocols, even the fact we’ll be chartering flights for any opposition teams who come over to play – that’s a multimillion-pound investment.” 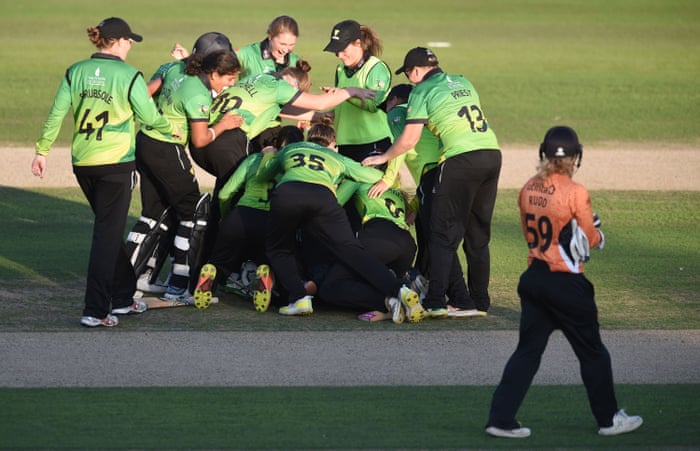 Connor says that, contrary to fears, there has been a “very determined attitude and appetite” to maintain momentum in the professionalisation of women’s cricket. Full-time domestic contracts for 40 players are still planned to come into effect from 1 October and 25 regional retainers, reportedly worth £1,000 a month, were put in place during lockdown.

Connor is not the only person who sees a golden opportunity for a more gender-neutral game in the aftermath of Covid-19. This month Simon Hughes and the Indian Premier League owner, Manoj Badale, publish a book called A New Innings. As it searches for business strategies that could help cricket out of the crisis, it makes a strong argument that women should be at the centre of these.

For instance, the book points out that 80% of primary schoolteachers in Britain, and 75% in the developed world, are women. “The more you get them engaged with the game, the more they’ll encourage their pupils to play or watch,” Hughes says. He highlights the fact 40% of the IPL audience is female and that the six-week, nightly report of the games was designed with them in mind (in India, women are the ones who traditionally have charge of the remote control).

“I can’t stress enough how important female engagement is,” he says. “The pandemic has increased the importance of the amateur club as a centre of community, providing everything from yoga to book clubs. So the more women and girls you can include in that offer the more the game will strengthen in numbers.” Perhaps cricketing history is about to get a new chapter.