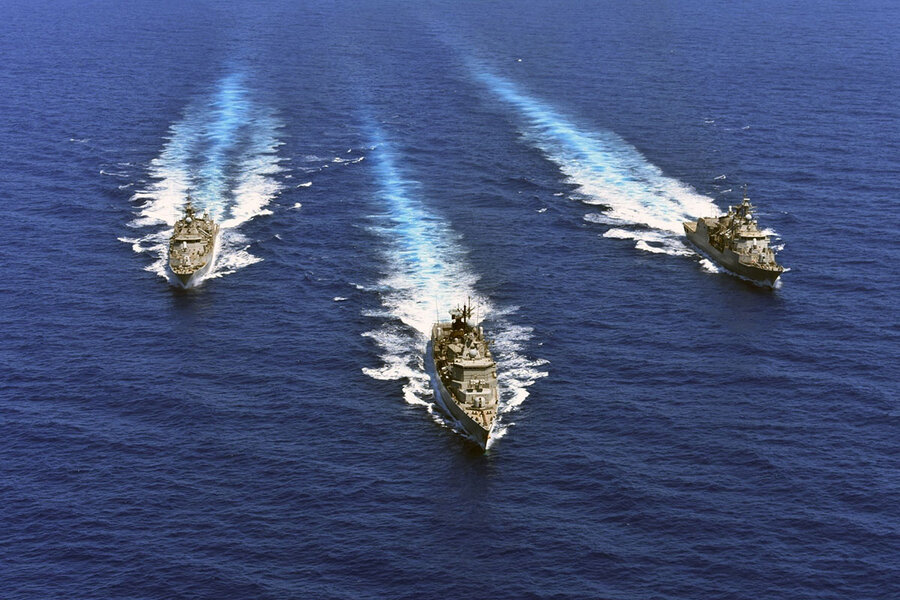 Tensions in the eastern Mediterranean are at their highest level in decades after Turkey sent a survey vessel, escorted by warships, to prospect for oil and gas in waters claimed by Greece.

Athens sent its own warships in, and Ankara has responded by staging live-fire gunnery exercises in the area this week.

Why are Greece and Turkey at odds?

Since the discovery of hydrocarbon deposits beneath the seabed a few years ago, both countries have claimed the right to exploit the resources. But geography complicates the dispute.

Turkey has the longest coastline in the Mediterranean and argues that it should enjoy commensurate rights to any gas and oil that is discovered. But Greece owns a scattering of islands that lie just a few miles off the Turkish coast, so Athens claims that its continental shelf extends into Turkey’s coastal waters.

The picture has been further complicated by a deal Turkey made last year with Libya to carve out a large part of the Mediterranean as their self-proclaimed joint area of interest. Greece reciprocated in early August by concluding a rival accord with Egypt.

Turkey feels hemmed in and contained by maritime demarcations that were drawn up nearly a century ago, after the First World War and the collapse of the Ottoman Empire.

“Turkey wants to demonstrate to Greece that Turkey will never accept the imposition of what it sees as an unfair partition of the eastern Mediterranean,” says Sinan Ülgen, chairman of Edam, an Istanbul-based think tank. “There is broad consensus over this within Turkey.”

“Turkey will take what is its right in the Mediterranean, in the Aegean, and in the Black Sea,” he said in a speech last week.

“If anyone wants to stand before us and face the consequences, they are welcome to,” he added. “If not, stay out of our way, and we will continue with our work.”

Why is the situation different from previous crises?

Greece and Turkey, who are NATO allies, nearly went to war in 1996 in a dispute over uninhabited Aegean islets. Since then they have lived in uneasy détente.

The new flare-up is particularly dangerous and unpredictable because Turkey is bolder now, observers warn. Ankara “has used its military with some success in Libya and Syria,” points out Ian Lesser, executive director of the German Marshall Fund of the United States, a think tank. “Its capacity to project power is greater than it was in the past … and Turkey is much more assertive and much more conscious of its maritime interests.”

“Turkey is meddling in Libya, Syria, Iraq and the Aegean – all areas that used to belong to the Ottoman Empire,” says Angelos Chryssogelos, an expert on the eastern Mediterranean at London Metropolitan University.

At the same time, Ankara’s relationship with the West, is “almost at breaking point,” Dr. Lesser points out. “There’s a complete breakdown of trust between Turkey and European capitals. It’s become harder and harder to engage Turkey,” he says. And with Turkey’s long-mooted accession to the European Union seemingly at a dead end, the West has less leverage over Ankara than it did in previous crises.

How likely is war to break out?

Germany’s foreign minister, who is trying to intercede in the dispute, warned last week that the two countries are staring into “the abyss.”

“The situation is very risky,” said Heiko Maas. “Whoever moves closer and closer to the abyss can at some point fall down. Any spark, however small, could lead to a disaster.”

Complicating the conflict further is the number of countries involved. “It is quite different from the past, when you had just Greece and Turkey involved and the Americans trying to calm things down,” says Dr. Chryssogelos.

France and the United Arab Emirates have sent aircraft and warships to back up Greece, while Cyprus, Israel, and Egypt also have a stake in prospecting for hydrocarbons in the eastern Mediterranean.

The more warships and fighter planes there are jostling for space in the region, the greater potential there is for an accident that could lead to war, though most observers agree that neither side wants to fight.

“For Turkey, the idea is not to go to war but to place ships and planes in areas so as to stake a claim … to open up the agenda as much as possible,” says Dr. Chryssogelos.

“Erdoğan does not want war, but he is prepared to use military persuasion to back his political posture,” suggests Mr. Ülgen. “There is an environment of hypernationalism.”

“In all likelihood there will not be a deliberate military confrontation,” predicts Dr. Lesser. “Policymakers are all aware of the risks. But with more military exercises and more forces in the region, the risk of something going wrong is there.”