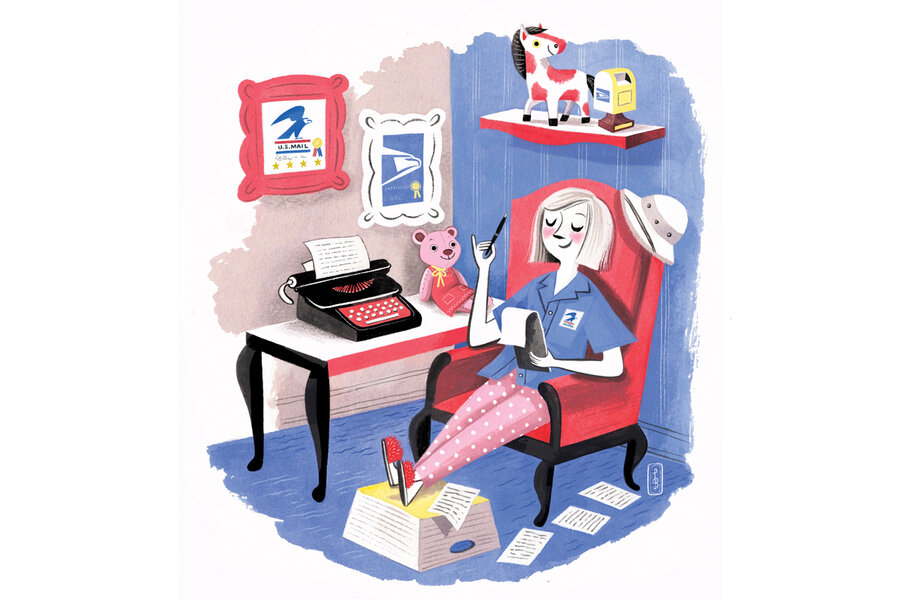 Mom and Dad were born years before women could be trusted with the vote. By the time I arrived, there was nothing remarkable about a woman hanging up her apron, putting on her low heels, and strolling to the polls.

I was the fourth and emphatically final child. My folks were old. Steady. Patient. And probably tired. They charitably described me as “a handful” and went about civilizing me, but they made no attempt to rein in my imagination. As a result, I kept company with more than 40 fully employed stuffed animals. I called them The Guys.

The reason for that was, except for one neglected hand-me-down, Mrs. Teddy Bear, they were all guys. After all, girls didn’t do anything interesting. Funkhauser the dog ran a grocery store, Bugle the horse did light hauling, and Gronk the brontosaurus was an accomplished poet. Mrs. Teddy Bear was Mr. Teddy Bear’s wife, and that was it.

That’s how it was. These days parents like to tell their children they can be whatever they want to be, a charge so confounding that many end up spinning in place, looking for their “passion.” Still, it’s a hopeful proposition and might even be true.

My parents merely observed that I was unlikely to be prevented from doing whatever it was I wanted to do, which is a little different.

Of course, back then, I had no idea what I wanted to do. The choices were thin. It was assumed I’d go to college, and after that I could be a mommy. I could be a secretary. I could be a nurse or a teacher. If anyone asked, I said I wanted to be a writer. Even I knew that wasn’t a real job. Mostly, I didn’t think about it. The future was likely to show up whether I planned for it or not.

But just as I was coming of age, and before I might have rattled into one of the acceptable slots for the ladies, the women’s liberation movement made its tectonic entrance. Suddenly a world of possibility opened up. The notion that women were fully human got traction. It took some time to throw off the old constraints: We were free to ditch our bras, but were still expected to cook the beans and rice for the Revolution. I didn’t learn to cook. Or maybe I learned to not cook.

By the time I graduated college with a science degree, I still didn’t know what I wanted to do, but no one in my cohort thought being a wife was a career. Or even a likelihood. Marriage was a trap. You no longer needed a husband to get a checking account.

I worked in a lab. I wandered. And one day, after seeing a notice in the paper, I remembered there was something I’d wanted to do, once. It sounded like fun. I took the test to be a mail carrier.

The new Postal Service was by law an inclusive outfit. If you got a good enough score, you were in. If I’d been a different sort of person – and not “a handful” – I might have worried I’d disappoint my dad, who paid for my science education. But he was all on board. He valued education for its own sake, and was a mathematician who’d always wished he worked in a fire tower in the woods somewhere.

It was the older woman conducting my fitness entry exam who was the first to disapprove. This wasn’t a job for a girl, she said. I’d drop my uterus, she said, if I lifted a heavy sack. And I shouldn’t take a man’s job away from him. He has a family to support.

Despite that poor hypothetical man’s family, I became one of perhaps a dozen female carriers in the whole city of Portland, Oregon. Some of the men I worked with griped that they’d have to watch their language, but they didn’t. One took me aside to tell me I’d have to be really good because their previous female carrier was a dud. If you were going to be a lazy carrier, you were better off being a man, so you could blend in.

Out on the street, I was a novelty. I didn’t go a single day without hearing some friendly fellow holler “Well, I guess we can’t call you the mailman, can we! We’ll have to call you the person-person!” That particular quip somehow sprang spontaneously into thousands of minds at once. My existence was noteworthy. It’s hard to imagine now.

Thirty-two years later I retired into a very different world. Being a retired mail carrier is even more fun than being a mail carrier. And finally, I get to be a writer.

It’s still not really a job.

The longest word in the English language

With the return of ‘Mulan,’ a look at Asian actors who paved the way

How South Sudan’s ‘king of music’ beats back despair