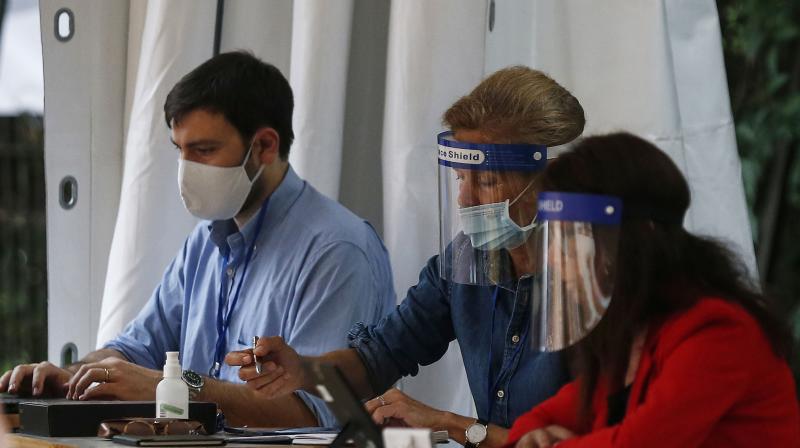 DMK President M K Stalin wrote to the Chief Ministers of Andhra Pradesh, Telangana and Kerala on Thursday, urging them to join their counterparts of seven other States who are approaching the Supreme Court challenging the Centre’s decision to hold the entrance examinations for professional courses, NEET and JEE.

‘As you are aware, heads of West Bengal, Maharashtra, Jharkhand, Rajasthan, Punjab, Chhattisgarh and Puducherry are planning to move the Supreme Court against the Centre challenging its decision to conduct NEET and JEE examinations,’ he said in the letter.

The decision to postpone the June 2020 examination was taken mainly because the conditions were not conducive to conduct exams, he said, adding not the severity of the crisis had worsened across the country.

‘Not just the pandemic, the country has witnessed floods and landslides, which cut off most of rural and hilly areas from the mainland. In most States, public transport system has not yet resumed. Railways and air travel cannot be accessed by the majority of candidates and a lot of uncertainty persists in reaching the allotted exam centres’, Stalin said.

In the light of the severe difficulties explained above, keeping the well-being and future of students in mind, I sincerely request you to join in solidarity with the states and approach the Supreme court on postponement of NEET and JEE exams for the greater good, as our united stand can help the voices of the students and parents across the country, he added.

Meanwhile, the Tamil Nadu Congress is organising protests demanding the postponement of NEET and JEE at two places in Chennai on Friday, August 28, at 11 am. Congress leaders and cadre would take part in the agitations to be held near the Chennai Collector’s Office, under the leadership of K V Thangabalu and near the Purasawalkam telephone exchange, led by party MP S Thirunavukarasar.