Search teams in Beirut have said that they’ve found possible signs of life in a collapsed building. This comes one month after the devastating explosion that destroyed parts of the Lebanon capital. Beirut-based journalist, Bel Trew, gave more insight into the possible “miracle” search to BBC Breakfast.

She said: “It’s been a bit fraught here overnight.

“At one point the Army actually called off the search because parts of the building was coming down, but onlookers were furious.

“The volunteer Chilean rescue team using parts of their equipment found what they believed to be a very slow heartbeat under the rubble, they used thermal imaging and found the shape of two bodies, the smaller one curled up showed signs of life. That was enough for them to start trying to look.”

Emergency workers have been painstakingly searching through the rubble after a rescue dog indicated that a person could still be alive underneath the rubble. 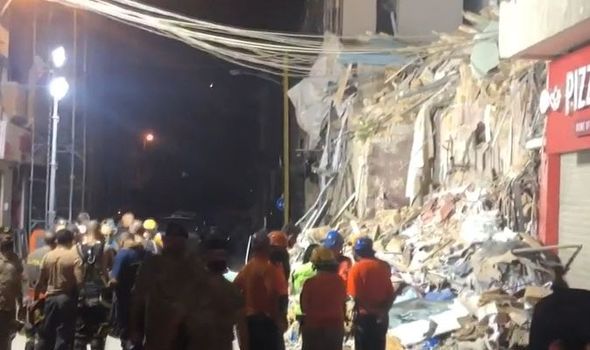