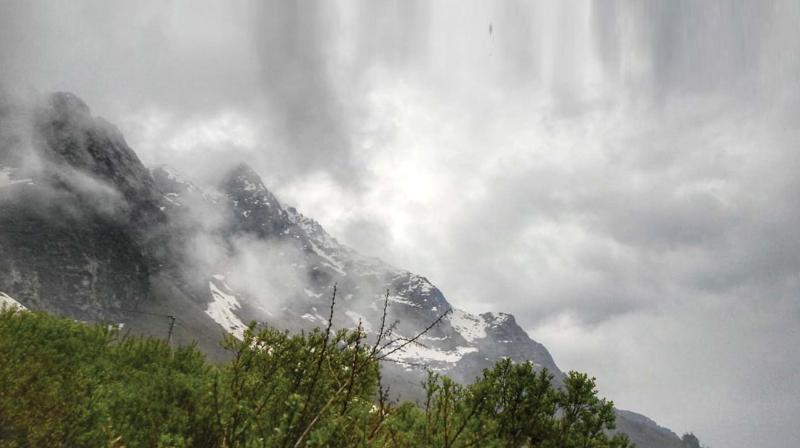 Kolkata: The monsoon pattern in India is changing and south India and the Himalayan foothills are expected to receive more rainfall in the future, a research team of IIT Kharagpur has found.

The researchers studied the Indian monsoon precipitation data of nearly five decades between 1971 and 2017 with the base period of 1930-70, a statement issued by the institute on Friday said.

The data shows an increase in the magnitude of heavy rain over south India as compared to the northern and central parts of the country, it said.

Institute Director Professor Virendra Tewari said the study, recently published in the 'Scientific Reports' journal of the Nature Publishing Group, will be useful for both the industrial and agricultural sectors.

"South Asia, despite advancements in irrigation systems, is heavily dependent on monsoons. The results of this study will be useful for the designers of water infrastructure and agricultural communities, especially in the southern parts of India and the Himalayan foothills, to prompt a possible change in design criteria and agricultural practices including cropping patterns," he said.

Speaking about the possible reason behind such a phenomenon, Professor Maity referred to the intensification of large-scale circulation over the tropical Indian Ocean, also known as the Indian Ocean dipole, which he said, could be leading to contrasting trends across large regions in India.

As a result of this intensification, the Indian monsoon is expected to be enhanced across the country, he said.

"Our analysis shows a change in the direction of the southwest monsoon winds blowing towards the east over the Indian Ocean. This directional change will intensify the contrast in precipitation in the future between south and north India and trigger extreme precipitation in countries like Myanmar, Thailand and Malaysia," Maity added.