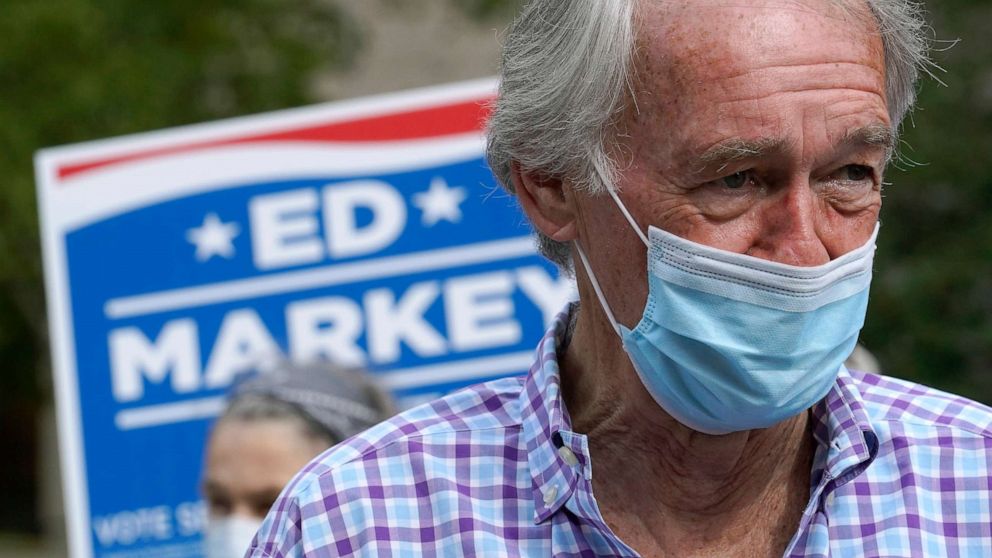 Sen. Ed Markey defeated his better-known challenger Rep. Joe Kennedy III on Tuesday, a victory for the progressive movement that has spent more energy and resources unseating incumbents than defending them.

Markey’s win, according to an Associated Press projection, marks the first time a member of the Kennedy clan has lost in Massachusetts.

Just before AP called the race, Kennedy called Markey to concede, multiple sources told ABC News, when the senator was leading his challenger by about 10 points.

“The senator is a good man. You have never heard me say otherwise. It was difficult at times between us. Good elections often get heated, and I’m grateful for the debates, for his commitment to our Commonwealth,” Kennedy said late Tuesday night outside his campaign headquarters in Watertown, adding that he pledged his support to Markey during the call between the two candidates.

Markey, 74, has spent nearly half a century in Washington, keeping a relatively low profile until last September when Kennedy, 39, entered into the race as the favorite. Some Democrats speculated that with a member of American political royalty in a Massachusetts primary, Markey might gracefully bow out and retire.

In the weeks leading into Tuesday, their roles reversed entirely, with Kennedy seen as the underdog, despite earning House Speaker Nancy Pelosi’s endorsement, while the son of a milkman from Malden entered election night as the front-runner.

It’s political territory unfamiliar to the Kennedy clan, but one that emerged after a bitter primary riddled with fights over records and priorities, since there was little policy disagreements between the two men.

Markey and Kennedy “are ideological peas in the same pod,” Jeffrey Berry, a professor of political science at Tufts University, said ahead of Tuesday. “They have some different priorities — Markey on the environment, most notably, and Kennedy on civil rights and mental health. But if they served in the Senate together for the next six years, they would have almost identical voting records.”

After initially stepping into the primary with a message of urgency, arguing that “this isn’t the moment for waiting,” Kennedy struggled to articulate a reason for his bid. He left Markey, who was first elected to Congress before Kennedy was born and largely unknown statewide before this campaign, room to successfully rebrand himself, using his ties to the progressive wing and a strong digital operation to appeal to younger voters.

Markey also benefited from his alliance with Rep. Alexandria Ocasio-Cortez, D-N.Y., and their partnership on the Green New Deal, while Kennedy only embraced his family’s legacy in the final weeks, after distancing himself from his last name for most of the year.

Only in the final stretch did Kennedy attempt to define Markey, sharpening his attacks primarily on his record and how much time he spends in the state, and deploying his family members to join him on the stump. But those efforts proved ineffective.

Markey, with the help of the left, ultimately avoided a familiar fate for longtime incumbents who have fallen to younger challengers in recent cycles.

The incumbent senator, who will face Kevin O’Connor, an attorney and small business owner, in just over two months from now, is expected to be re-elected to another six-year term in deep blue Massachusetts.

The 1st district primary is another race where a young progressive challenger went head-to-head against a powerful House incumbent. Morse had support from Ocasio-Cortez’s PAC and backing from Justice Democrats and Fight Corporate Monopolies PAC.

Neal, as one of the most powerful members of the House, had backing from Pelosi.

Throughout the race, Morse criticized Neal of not using his position in the House to take up more progressive legislation on topics such as health care and the Green New Deal.

In what has been a bitter primary for the district — which covers most of western Massachusetts — Neal is defending his seat after College Democrats at the University of Massachusetts-Amherst, who are supporting the veteran congressman, reportedly engineered allegations of impropriety against Morse.

Morse, who was elected at 22, denied using his position as mayor and as a lecturer at U-Mass Amherst to pressure students into relationships, though he acknowledged having consensual relationships with college students.

Neal and his campaign have denied knowledge of the effort against Morse.

The left is blowing the school reopening crisis

The Note: Who Biden isn’t could matter more than who he is