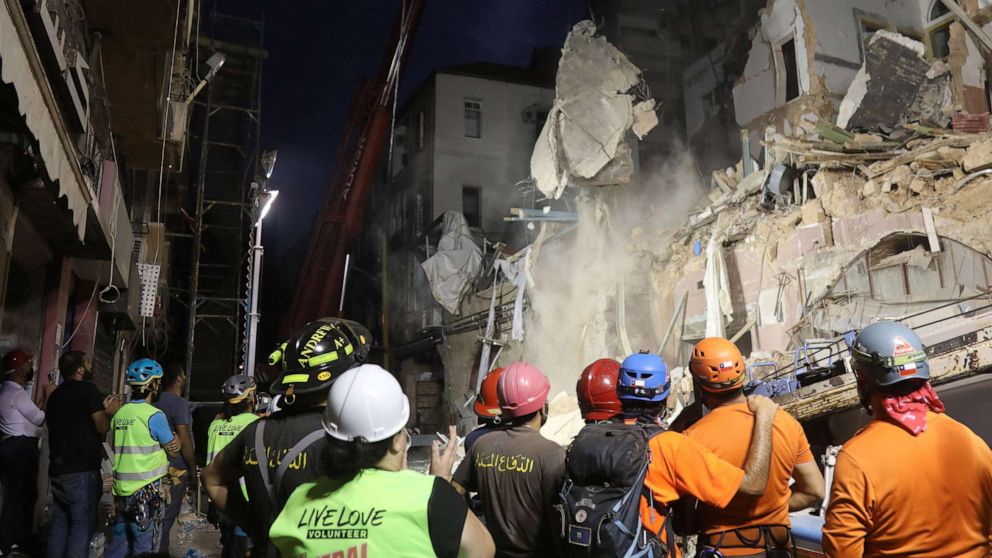 Rescue workers in Beirut continued for a second day to search for a potential survivor in the city’s rubble, a month after the massive explosion that leveled the Lebanese capital’s port. The rescuers were alerted to the building when their accompanying dog, Flash, directed them toward it. The dog is trained to detect humans.

Local reports suggested that a team of Chilean rescuers had detected a “heartbeat” as they swept through buildings devastated by the blast late on Thursday evening. So far, no body has been discovered, yet the technology used is only designed to pick up human heartbeats.

“As far as I can understand from my Chilean colleagues, the search area is quite narrow. It’s, like, five by five meters [approximately 16 by 16 feet]; it’s not very deep because we are working just above the vault of the ground floor,” a French rescue worker identified as Emmanuel, assisting the Chilean team, said. “So what we are searching for at the moment is likely one person.”

But civil defense workers on the scene said that the chances of finding someone alive were remote. “But even if there is less than 1% hope, we should keep on looking,” one rescuer said.

The search comes as the city continues to reel from the massive explosion of over 2,700 tons of ammonium nitrate, stored in Beirut’s port for six years, on August 4. At least 180 people were killed in the blast, thousands more were injured, and 300,000 were left homeless. An investigation into the precise cause of the blast is ongoing, although ammonium nitrate itself requires a lot of energy to ignite.

Protests after the blast swept the capital, with many blaming a culture of corruption at the top of Lebanese politics. The entire government recently offered their resignations. Lebanon’s ambassador to Germany, Mustafa Adib, has been invited to form a new government.

Cate Blanchett on Venice, virus and why lessons from Italy were not learned