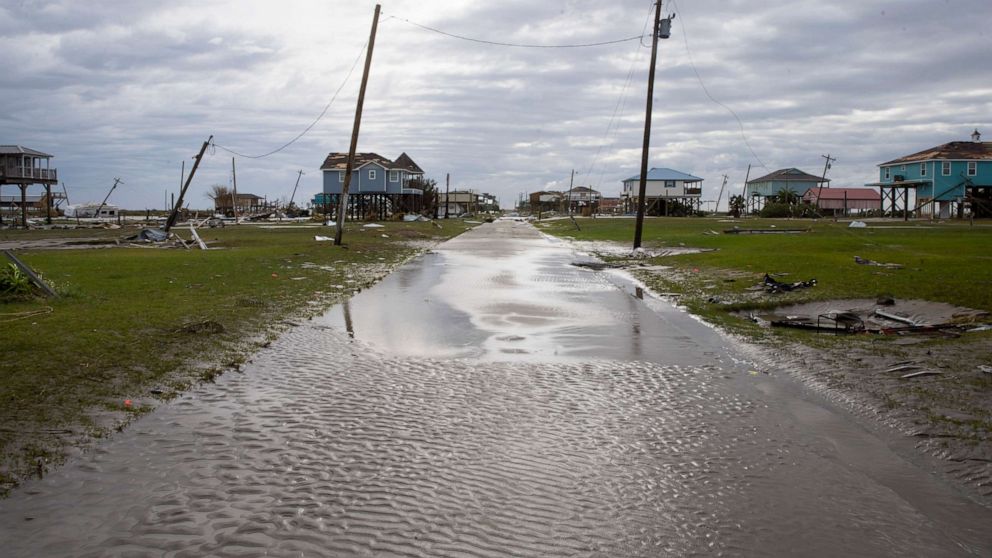 There is a high chance for flash flooding on Wednesday in the southern Plains. Already, more than a foot of rain has fallen since Sunday from Oklahoma to Arkansas.

More dangerous weather is expected for the southern Plains Thursday including, Texas, Oklahoma, Arkansas and southern Missouri. Flood watches and warnings have been issued for those areas.

In the next 24 to 48 hours, 4 to 6 inches of rain is expected from Dallas to Little Rock, where more major flooding is possible.

Out west, fire dangers persist and there is another heat wave developing. Red flag warnings have been issued in the northern Rockies and the High Plains, with wind gusts near 50 mph.

There were evacuations Tuesday with the Slink Fire, which is near the California/Nevada border. The fire is now up to 11,000 acres, but evacuations have been lifted Wednesday.

The LNU Lightning Complex fire is still burning and has now grown to more than 375,000 acres, but the blaze is now 74% contained.

Along the West Coast, a developing heat wave is expected to push temperatures over 110 degrees in some areas.

Heat warnings and advisories have been issued from Oregon through most of California, southern Nevada and into Arizona.

Temperatures are expected to reach triple digits near Los Angeles and all the way into Oregon.

Meanwhile, Tropical Storm Nana is expected to become a Category 1 hurricane later Wednesday as it moves in the direction of Belize. It could make landfall there early Thursday morning.

A hurricane watch has been issued for Belize and a tropical storm warning for Honduras. Damaging winds and flash flooding will be the biggest threat in these Central American countries.

The rest of the tropical Atlantic continues to be active with several systems trying to develop. For now, there is no imminent threat to the U.S.