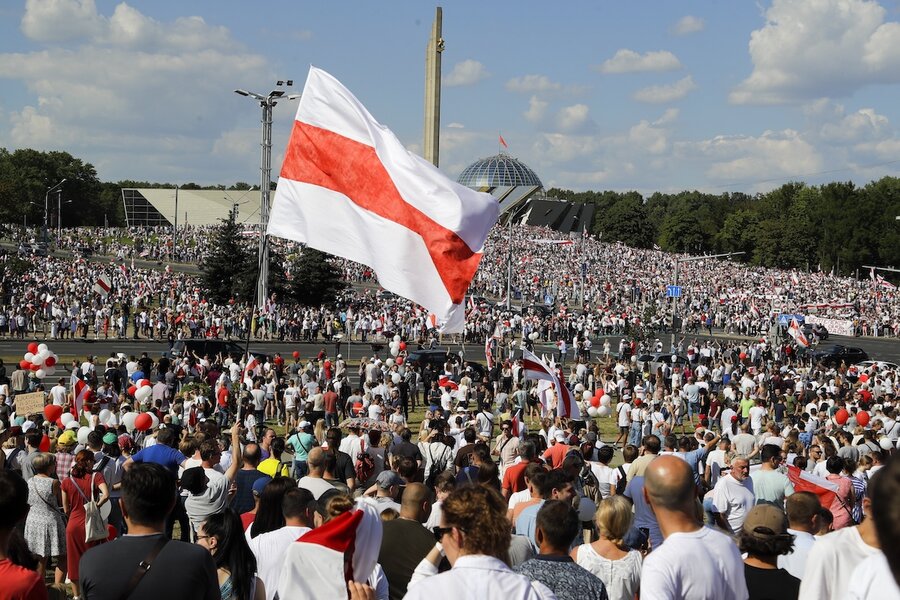 Hindered by frayed ties with Europe, limited leverage, and doubts about President Donald Trump’s devotion to democracy in Belarus, the United States is gingerly trying to nudge the former Soviet state toward new elections without provoking Russia.

Current and former U.S. officials acknowledge the challenge of promoting change in Belarus, which faces protests over an Aug. 9 election that the opposition says was rigged to extend the 26-year reign of President Alexander Lukashenko.

Mr. Lukashenko, who denies fraud, has responded with a violent crackdown on the protests and shown no sign of backing down despite sanctions imposed by three Baltic states on Monday and the threat, by a senior U.S. State Department official on Tuesday, of impending U.S. sanctions.

Russian President Vladimir Putin has made no secret of his interest in Belarus, which is a conduit for Russian oil and gas to Europe and is vital to Moscow’s European defense strategy. Russia has formed a police force to back Mr. Lukashenko if necessary and Mr. Putin has invited him to Moscow for talks.

Mr. Biegun also visited Ukraine, which borders Belarus, and Vienna, home to the Organization for Security and Co-operation in Europe (OSCE), where he promoted the regional security group that includes Belarus, European nations, Russia, and the U.S. as a vehicle to find a solution.

Experts said he has an uphill climb.

“He has to work in the face of a lot of friction and unnecessary tension in U.S.-European relations and in the face of President Trump’s own apparent ambivalence about supporting democracy,” said Dan Fried, the former top U.S. diplomat for Europe who is now at the Atlantic Council think tank.

The Republican president, running against Democratic former vice president Joe Biden in the Nov. 3 U.S. election, has said little about Belarus, leaving some analysts with the impression he has scant interest.

“I like seeing democracy,” he told reporters on Aug. 18. “It doesn’t seem like it’s too much democracy there.”

A senior U.S. official said the United States and European Union were closely coordinating to find a way that avoids overt Russian intervention and opens “space” for a dialog between the opposition and Mr. Lukashenko on transitioning from his rule.

“We are not looking to impose a solution or suggest that we need to have a seat at the table,” the official said on condition of anonymity.

A European diplomat, however, saw little chance for the United States and the EU to succeed via the OSCE because Belarus and Russia, as members of a group that operates by consensus, would be unlikely to go along.

While the OSCE is “the right forum,” Mr. Putin is now sticking with Mr. Lukashenko, possibly looking to buy time for a “managed transition” to another leader acceptable to Russia and the opposition, said the diplomat on condition of anonymity.

Another European diplomat acknowledged the difficulty.

“I don’t think anybody is naive enough to believe that the OSCE path is going to be easy,” he said. “Everybody recognizes the complexity.”

Asked if Mr. Trump cared about Belarus, this diplomat paused and replied: “Well, difficult for me to say. I think the United States does … [care] about Belarus – otherwise it would not have dispatched the deputy secretary” to the region.

Belarusian protesters have been careful not to wave EU or U.S. flags, but have instead brandished red and white flags used in Belarus after the 1991 breakup of the Soviet Union before Mr. Lukashenko restored the Soviet version of the flag.

Aware of the potential geopolitical risks, they have steered clear of being drawn into conversations about whether they want to exit Moscow’s orbit, saying they want strong relations with all countries.

Andrew Weiss, who served on the staff of the U.S. National Security Council and is now at the Carnegie Endowment for International Peace think tank, said “neither the U.S. nor the EU has much leverage over Mr. Lukashenko.”

“That makes it very hard to push the Belarusian government to re-run a stolen election,” he said. “Putin is a master at creating leverage, which is precisely why he indicated that Russia is potentially poised to come in militarily if requested, or even if not requested.”

For ​Biden the top economic priority is clear. It just isn’t easy.