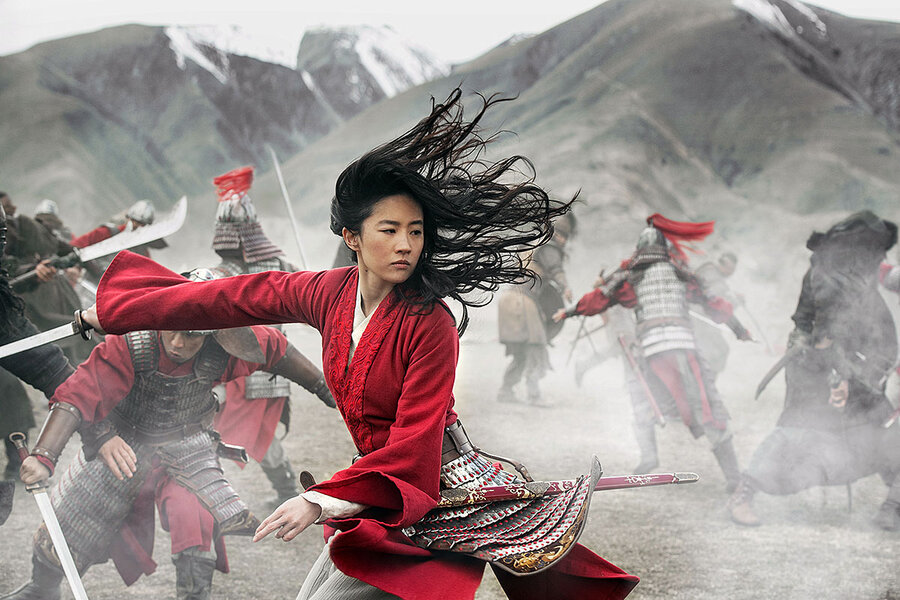 After months in limbo, the live-action “Mulan” claims its place as the best Disney remake to date. With so much riding on its success, “Mulan” dared to be different, honoring not one but two source materials – the beloved 1998 animated film and the Chinese folk song “Ballad of Mulan” – and creating an entertaining movie that stands on its own.

The story will be familiar to fans: When her weakened father, Hua Zhou (played by Tzi Ma), is called to serve in a second war, Mulan (Liu Yifei) disguises herself as a man and joins the imperial army in his place. If discovered, she faces the death penalty. She steals his armor and sword, which in this telling has three words inscribed on the blade: loyal, brave, and true. This becomes the film’s guiding mantra, as Mulan tries to embody these values in a society that makes no room for a female warrior.

The film is a visual masterpiece. Shot in New Zealand, it is full of rich colors and textures from start to finish. Every costume, set, and even prop is beautifully crafted, transporting viewers into a highly saturated version of sixth-century China. In battle, canons and sword fights play second fiddle to beautifully choreographed martial arts. Characters run sideways along walls, flip head-over-heals on horseback, and dodge arrows a la “The Matrix,” with all the dramatic, slow-motion shots you’d expect from a classic martial arts movie. It’s thrilling to watch, and an impressive accomplishment for director Niki Caro.

The lack of shot-for-shot fidelity to the animated classic will inevitably disappoint some viewers. There is no Mushu, Shang, or sassy grandma. A training montage scored by an instrumental version of “Reflection,” the hit song from the original film, is an ultimately underwhelming nod to the 90s movie. But that’s OK – unlike her animated counterpart, this Mulan is already a skilled fighter, a natural master of chi, the energy connecting all living things. It’s a quality that is demonized in women and celebrated in men.

The most rewarding change is the villains; instead of the one-dimensional Huns, this movie sticks to the original legend by centering on a vengeful nomadic group known as the Rourans. The Rourans are assisted by enslaved witch Xian Lang, played brilliantly by Gong Li. In a parallel to Mulan’s chi, Xian Lang’s gifts are feared by men.

Like a sheep in wolf’s clothing, Xian Lang is an interesting mix of enemy and ally. When she and Mulan first meet on the battlefield, she sees right through Mulan’s disguise. “Your deceit weakens you,” she tells her, which inspires Mulan to reveal her identity, helping chip away at that question about loyalty, bravery, and truth.

Still, the film is far from perfect. A couple of the fight scenes felt hastily cut, attempts at humor rarely land, and, strangely, I don’t recall a single drop of blood in the entire movie. Most distracting for me was the ham-handed bird imagery. Mulan is followed by a multicolored, computer-generated phoenix that acts as a sort of spirit guide, frequently swooping in and yanking attention away from the breathtaking cinematography. Xian Lang also transforms herself into a hawk or flock of crows often. All together, these effects felt a bit overdone.

The opposite is true for the lead actress. While her co-stars were busy emoting, Liu kept Mulan’s face too restrained. There’s nothing wrong with taking a subtle route, but with every other element of this film being so over the top, it was jarring to have the main character maintain such a neutral facade.

Ultimately, the most moving scenes revolve around family, particularly those between Mulan and her father. This movie takes time to develop their relationship, offering viewers insight into the pain of raising a child in a world that simply is not built for her. As the narrator, Hua Zhou puts these family relationships front and center, securing the movie’s status as a timeless retelling of the female warrior folktale.

And his opening words are a good reminder for “Mulan” fans and new viewers alike: “There have been many tales of the great warrior Mulan. … This one is mine.”

“Mulan” is available for streaming on Disney+.