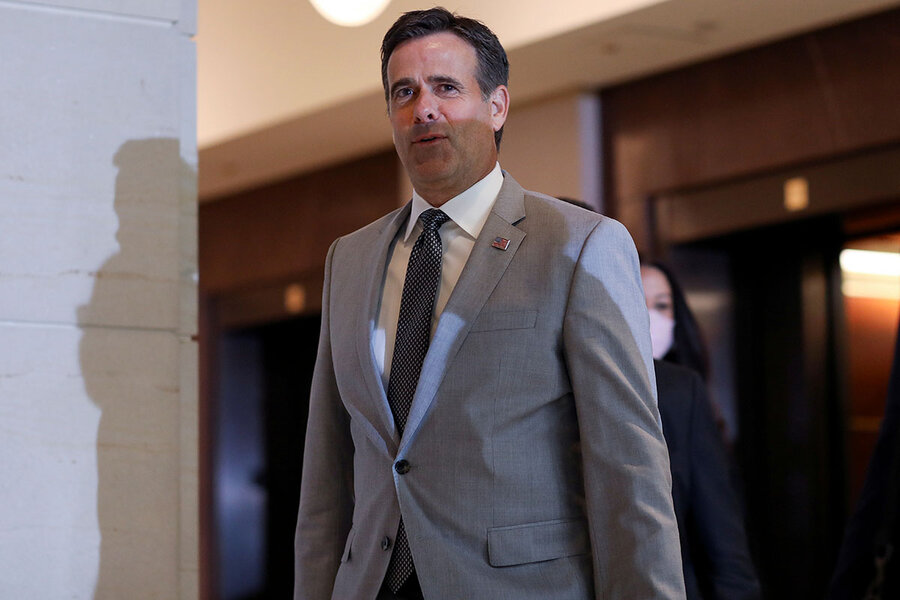 Recently, the U.S. intelligence community told Congress it would no longer brief lawmakers in person about election security.
Instead, agencies will fulfill their congressional oversight obligation by submitting “written finished intelligence products,” wrote Director of National Intelligence John Ratcliffe in letters to the chairmen of the House and Senate Intelligence Committees.

A dry bureaucratic change? Hardly. The move has produced a storm of protest, particularly from Democrats, who charge that the purpose may be to conceal sensitive secrets about continued Russian attempts to disrupt and interfere with the 2020 U.S. presidential contest.

Critics say that with the election only weeks away, many Americans – from local officials to social media executives to voters themselves – might need access to this information to help keep the vote safe. Now, they might not get it.

“The [Office of the Director of National Intelligence] does not own the intelligence it collects on behalf of the American people, it is a custodian of the information,” said Democratic members with election oversight responsibilities in a letter to Director Ratcliffe.

President Donald Trump says the change was made in part to plug leaks of classified information from Rep. Adam Schiff of California, chair of the House Intelligence Committee, and other Democrats. Congressman Schiff denies that he or any of his staff members have leaked classified information, calling the charge a ‘false rationalization’ by the president.

Mr. Ratcliffe in his letter to Congress also said that moving to all-written products would provide more “clarity and consistency” in congressional briefings.

But written documents are not a good substitute for in-person discussion when it comes to congressional oversight of the executive branch, say some experts.

In person, members can gauge tone, ask questions, push for answers, and raise side issues. This is particularly important in intelligence oversight, where outside sources of information are scanty at best.

“Briefings are the heart of intelligence oversight,” said Amy B. Zegart, a Hoover Institution senior fellow and author of a book on Congress and the Intelligence Community, in a Washington Post interview.

Briefings are also two-way. Members can send a message. In late July, House Speaker Nancy Pelosi chastised a top counterintelligence official during a briefing, accusing him of withholding details of Russian interference.

By providing information only on paper, officials may be able to avoid such clashes in the future.

Editor’s note: This post has been updated to include Congressman Schiff’s denial of leaking classified information.