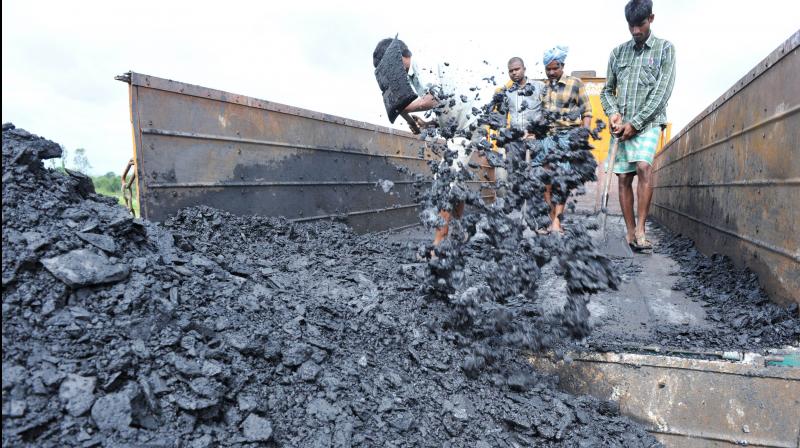 New Delhi: The Coal Ministry on Thursday said it has revised the list of mines to be auctioned for commercial mining and now 38 blocks would go under the hammer instead of 41 mines announced earlier.

The revision in the list includes addition of three blocks Dolesara, Jarekela and Jharpalam-Tangarghat (in Chhattisgarh) and withdrawal of five blocks — Morga South, Fatehpur, Madanpur (North), Morga-II and Sayang (in Chhattisgarh).

The coal ministry had earlier withdrawn Bander mine in Chandrapur district of Maharashtra from the list of 41 coal blocks put up for auction for commercial mining as the mine lies in the eco sensitive zone of Tadoba Andhari Tiger Reserve.

However, no reason was provided by the ministry for the revision of the list.

The ministry said that there has been "addition of Dolesara, Jarekela and Jharpalam-Tangarghat Coal Mines to the 1st tranche of auction under the MMDR Act, 1957."

According to the revised list seven mines in Chhattisgarh will be auctioned.

As part of the initiative of opening up of the coal sector and introduction of commercial coal mining in the country, the government launched the auction process for 41 coal mines on June 18, 2020, for commercial mining under 11th tranche of auction under CM(SP) Act, 2015 and first tranche of Auction under Mines and Minerals (Development and Regulation) Act, 1957.