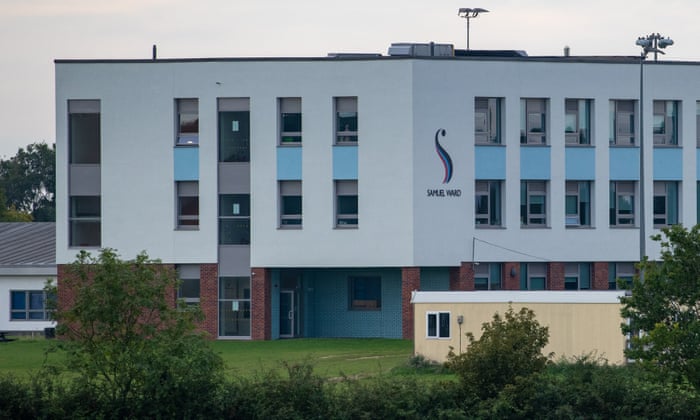 Dozens of schools across England and Wales have reported coronavirus outbreaks, prompting some to shut their doors while others have sent staff and pupils home to self-isolate.

A week after children began returning to classrooms for the first time since lockdown in March, a number of schools across parts of the UK have been battling outbreaks.

In Liverpool, an estimated 200 pupils and 21 staff are self-isolating following positive cases at five schools in the city. In Suffolk, five teachers tested positive for coronavirus, leading the school to close, and in the Midlands a school that was visited by the prime minister less than two weeks ago has had one teacher test positive.

In areas including Bradford, Leeds, Lancashire, Manchester, Nottingham and Leicester, handfuls of pupils and staff who tested positive for the virus have led to schools asking some pupils to self-isolate.

Five members of the teaching staff at Samuel Ward academy in Haverhill, Suffolk, tested positive, with the school shut on Monday following advice from Public Health England. Two other members of staff are awaiting results. The school said the closure was a “precautionary measure” and it hoped to reopen on Tuesday. A deep clean is to take place.

Stuart Keeble, the director of public health at Suffolk county council, said: “Understandably, this news may worry parents across Suffolk, but it is important to remember that the risk of children contracting Covid-19 is still very small. Evidence suggests that children are more likely to contract Covid-19 at home.”

At Castle Rock school in Coalville, Leicestershire – which was visited by Boris Johnson on 26 August – one member of staff tested positive. In a letter written by the head of the school, Michael Gamble, he told parents the school had “sought immediate advice” from Public Health England and was “continuing to closely follow … government guidance”.

In Cardiff, 30 pupils in year 7 at Ysgol Bro Edern have been asked to self-isolate for 14 days after a student tested positive. Iwan Pritchard, the headteacher, said: “Due to the procedures we have in place, restricting contact between different classes and logging seating plans of all lessons, we have been able to limit the numbers of pupils needing to self-isolate and there is no need for parents or pupils that have not been contacted to self-isolate or be unduly concerned.

“Having kept to the 2-metre social distancing rule, or worn a face covering if this hasn’t been possible, no school staff need to self-isolate.”

On Friday, 100 pupils were also asked to self-isolate for 14 days at the JCB academy in Rocester, Staffordshire, after a pupil tested positive.

Coronavirus cases have also been confirmed at six schools in the area around Middlesbrough, although they will not be closing. On Monday, close contacts of a year 8 pupil at Ian Ramsey Church of England academy who contracted the virus have been asked to self-isolate, while two primary schools – understood to be Marton Manor and Hemlington Hall academy – have notified parents of cases within the schools.

Redcar and Cleveland borough council said on Sunday that a positive case had also been recorded at St Benedict’s Catholic primary school. St Aidan’s CE primary school in Hartlepool said in a Facebook post to parents it also had a confirmed Covid-19 case, while Outwood academy Ormesby in Middlesbrough said in a short statement that a confirmed case had been found “within the school community”.

The National Education Union said that though the disruption caused by pupils and staff having to self-isolate was “inevitable”, there needed to be more planning in place for schools to cope with outbreaks.

Kevin Courtney, the NEU’s joint general secretary, said: “This should include employing more teachers and looking for additional space to seek to minimise disruption as well as ensuring IT access for children and young people who need it when they have to be at home.