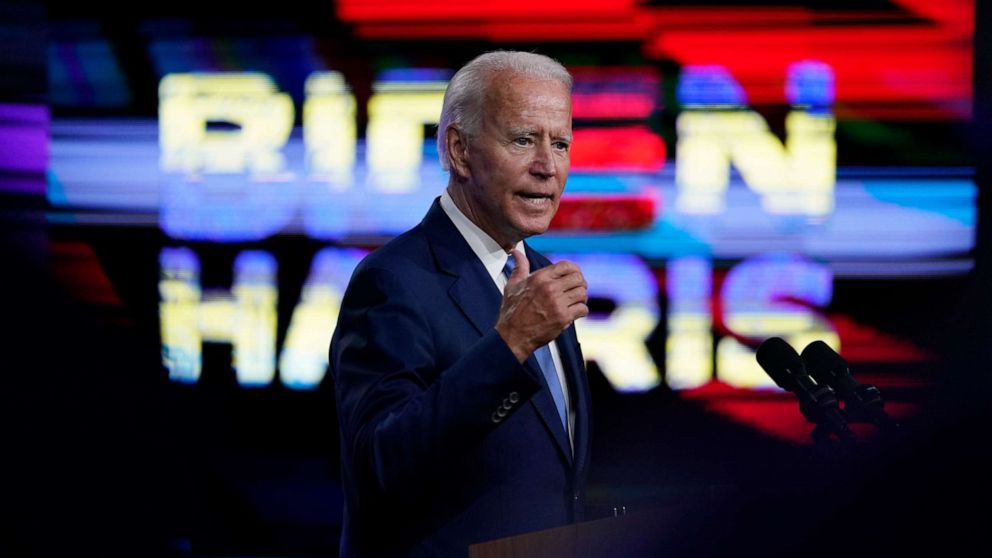 For the first time in nearly eight years, a Democratic candidate for president will visit Wisconsin during a general election campaign on Thursday.

Even that fact doesn’t capture the potential meaning of the former Vice President Joe Biden’s visit to Kenosha, Wisconsin.

Biden is promising a message of healing: “I’m not going to tell Kenosha what they have to do, but what we have to do together,” he said Wednesday.

He is traveling to Wisconsin — where he wasn’t for his convention just two weeks ago — under growing pressure to travel more and maintain a more active campaign presence.

It’s not just Trump’s new nickname for Biden, but years-long concern among battleground-state Democrats about the need for candidates to, first and foremost, show up.

At the same time, the Biden campaign is facing concerns that he’s falling into Trump-set traps by engaging on issues on the president’s terms. Trump wants this moment to spark a debate about “law and order”; Biden wants to bring the conversation back to racial justice, plus Trump’s handling of the COVID-19 crisis.

Biden won’t have to do much to demonstrate sharp contrasts with Trump, including visuals around how he campaigns during the pandemic. But he’s going to face questions about striking the right tone and balance all the way through Election Day — and possibly beyond.

A wave of post-convention polls this week have sent analysts, campaigns and readers parsing and agonizing over nuggets, which — taken alone — could fit many possible narratives about the state and trajectory of the race this year.

Meanwhile, in Massachusetts, voters actually cast ballots this week, during summer months and in the middle of a pandemic, and in doing so provided another data point worth examining.

If Massachusetts is any indication, turnout could continue to be through the roof this cycle.

Let’s look at the numbers: Close to 1.4 million Bay Staters participated in the state Democratic primary this week, which had a very high-profile and competitive senate race. That total was almost exactly the same as the number of Democratic ballots cast in the state on Super Tuesday this year in the presidential primary, before the COVID-19 pandemic shut the world down. According to the secretary of state, this could easily have been the highest turnout for a state primary in Massachusetts since 1990.

Of course, there are takeaways there about the relative ease of mail-in voting in Massachusetts and the two senate candidates themselves who received mountains of attention. But for national politics there is also a key reminder in the Massachusetts data: turnout actually decides elections and perceptions around projected turnout can dramatically impact the polls at this stage.

The TIP with Kelsey Walsh and Kendall Karson

Voting in the general election season kicks off on Friday in North Carolina, just about two months ahead of Election Day in November.

The State Board of Elections plans to start mailing out an unprecedented number of ballots to eligible voters who have requested them — a stunning 591,379 — which marks a 21-fold increase from 2016, when just under 28,000 ballots were requested. Registered Democrats account for 53% of the requests, while 31% are unaffiliated voters and 16% are registered Republicans.

With the battleground state opening the first act of the 2020 election, the jockeying for the state ramped up this week: “This is the most important election in the history of our country,” Trump told a crowd of supporters upon touching down in Wilmington on Wednesday. “Because we’re running against people that have got some big issues. They’ve got some big, big problems. They’re stone-cold crazy and we have to keep our country. And, as you know, Joe Biden, he doesn’t have a clue.”

Biden, who has not stepped foot in North Carolina since Feb. 29, told ABC11’s Jonah Kaplan, “I promise you, I’m coming,” before condemning his rival, “He just continually lies. He just flat lies about virtually everything … do I look like the guy who is in fact … (a) socialist left-wing guy. … This president, from the moment he came down the escalator in his fancy hotel in New York, has been preaching division and hate.”