In 2005 in the Swedish city of Malmo official opening of the Turning Torso skyscraper (“Twisted torso”), designed by the Spanish architect Santiago Calatrava. It was inspired by this form of self-sculpture in the form of a male torso rotated. “Spun” style has gained popularity primarily in Asia and the middle East, but not only there: for example, the Danish architect Bjarke Ingels and his spiral has designed several houses for Miami and new York. Look at this building from all over the world — from very small to very high. 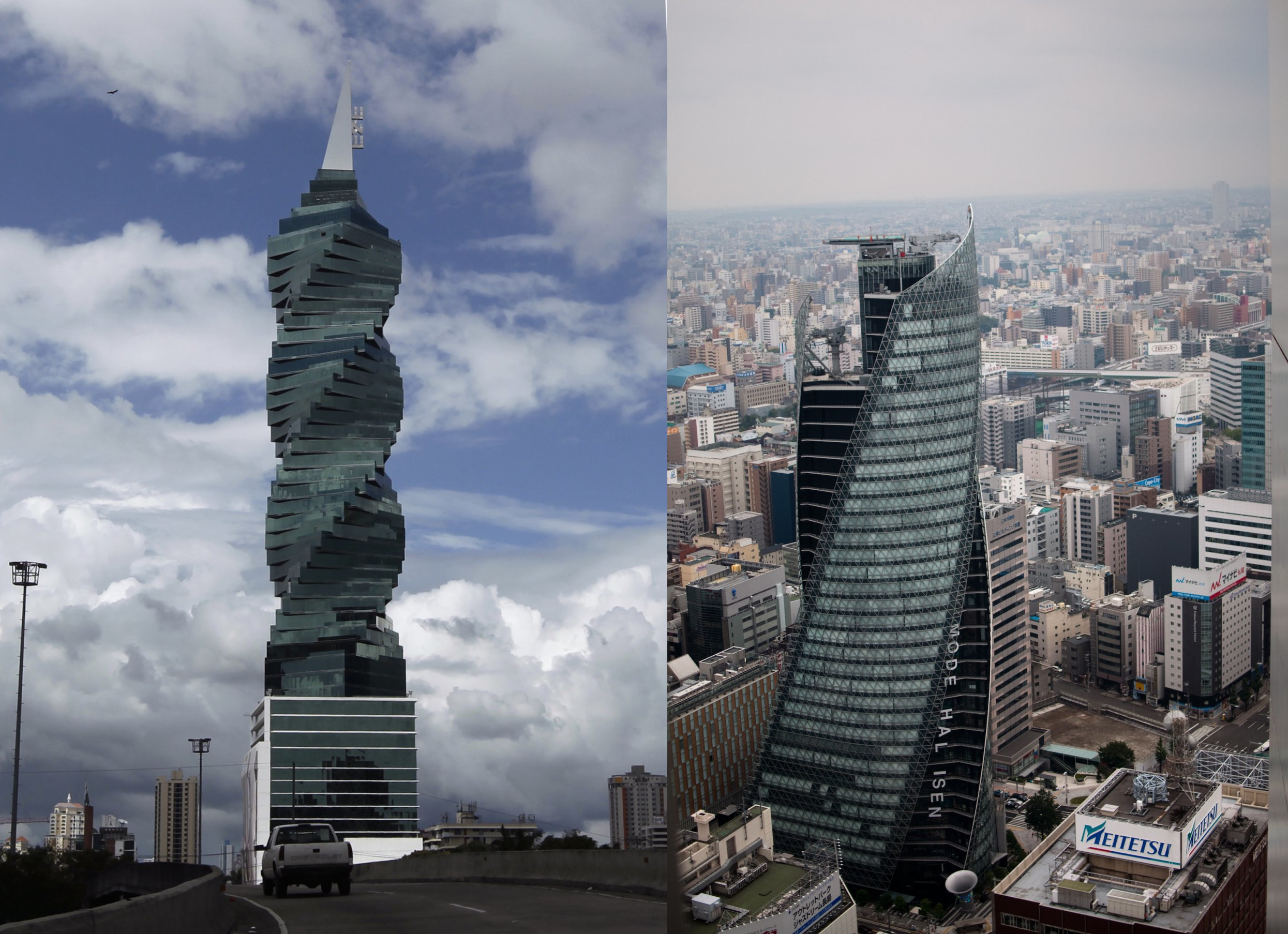 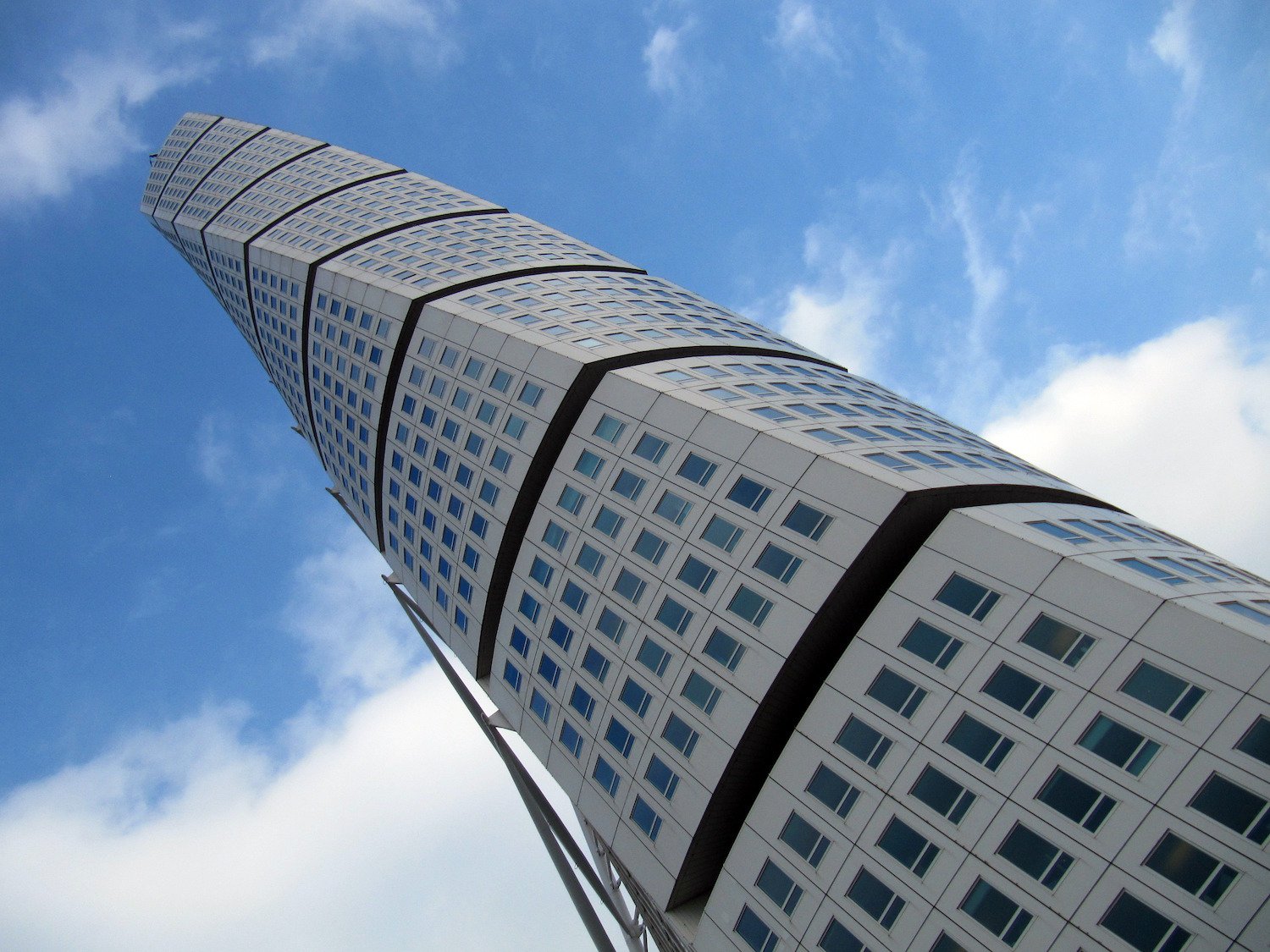 In 2006, Austrian skydiver Felix Baumgartner out of the helicopter and parachuted to the roof of the Turning Torso, and from there to the ground. 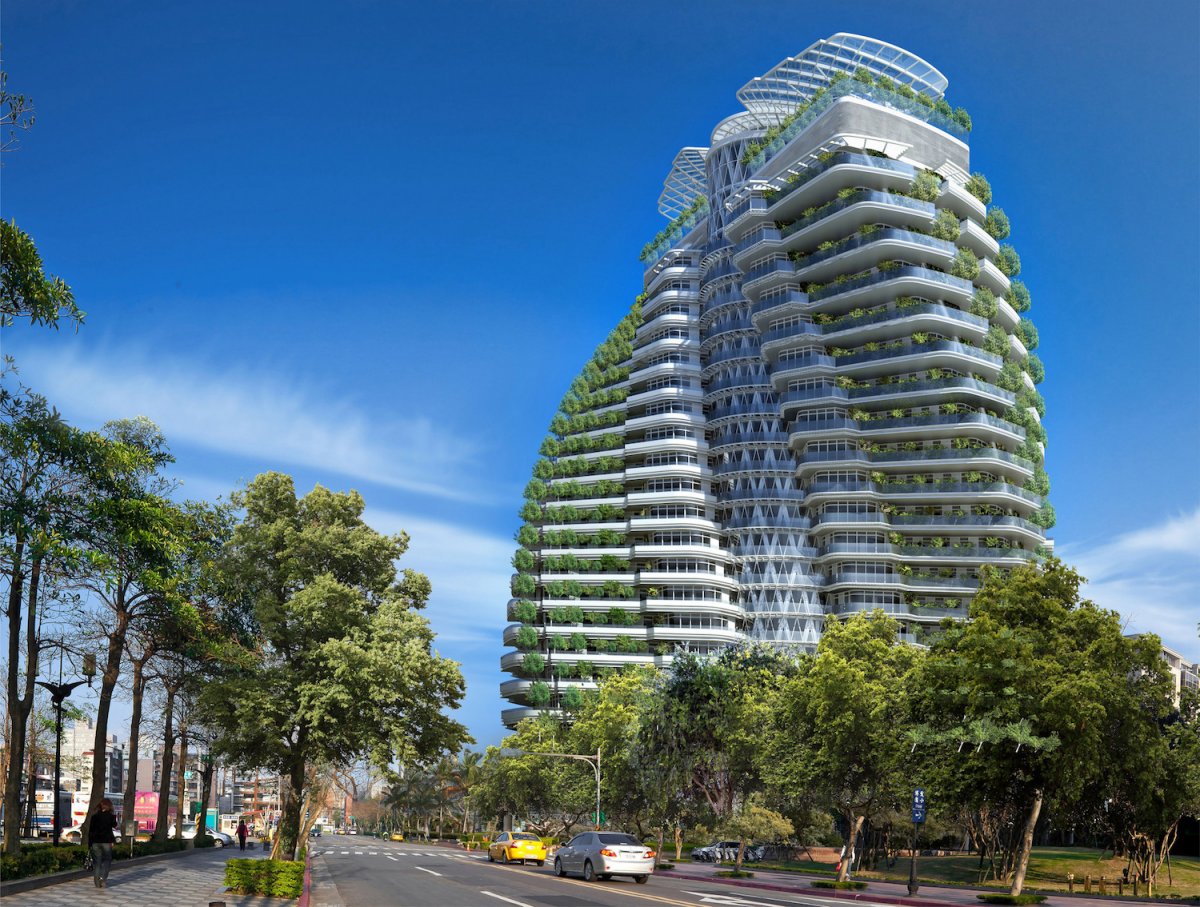 Tao Zhu Yin Yuan (Taipei, Taiwan). Design Vincent Callebaut Architecture. The height is 93 meters. The construction should be completed in September 2017. Plan to use mainly solar energy for building work, and also to plant floor 23 thousands of trees, install a system of rainwater harvesting and to find a place to compost. 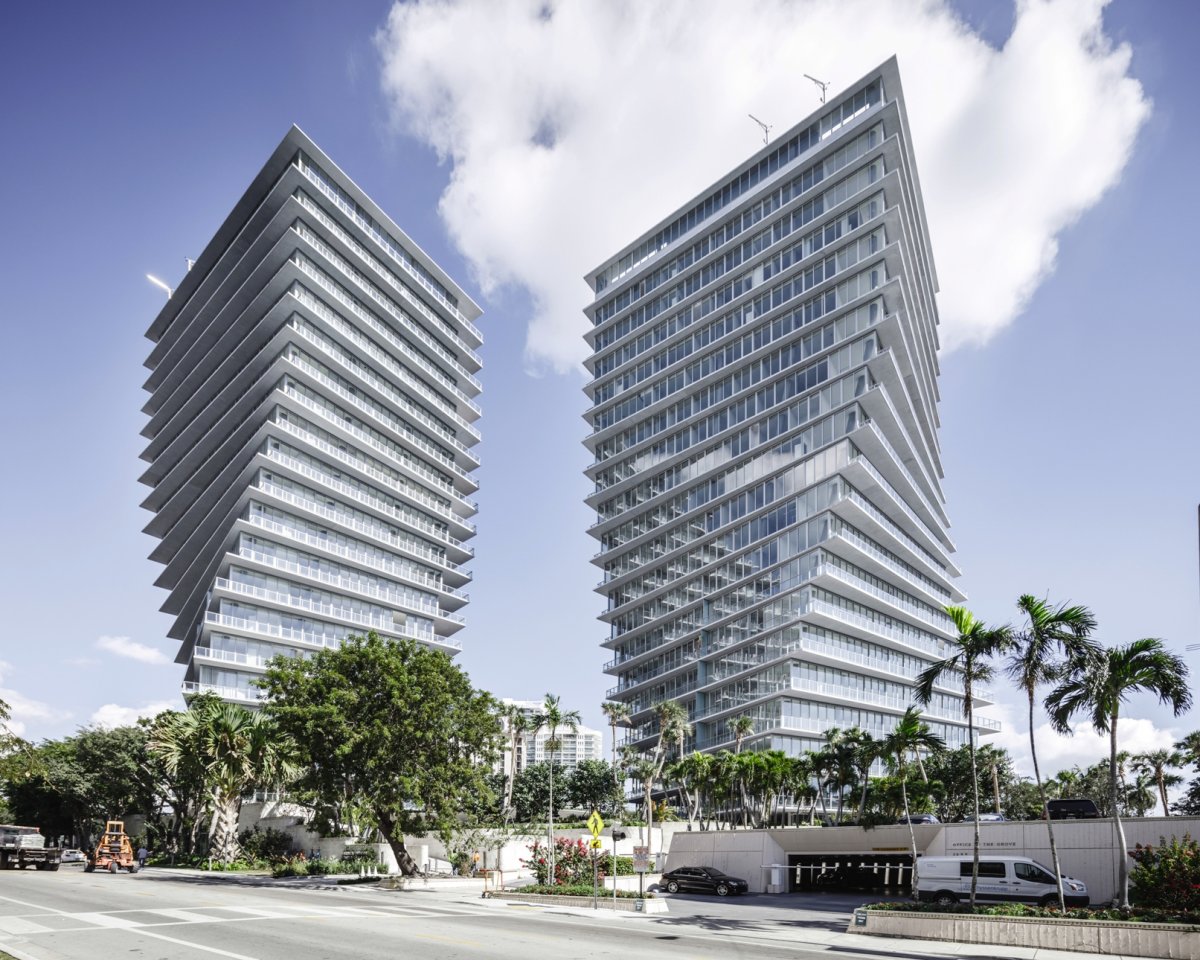 Grove at Grand Bay with views of coastline to Miami. Design — Bjarke Ingels Group. The height of 97 meters each. The time of construction in 2016, and this is the first spiral skyscrapers in the United States. The skyscrapers there are 98 apartments ranging in size from 230 to 1020 square metres. 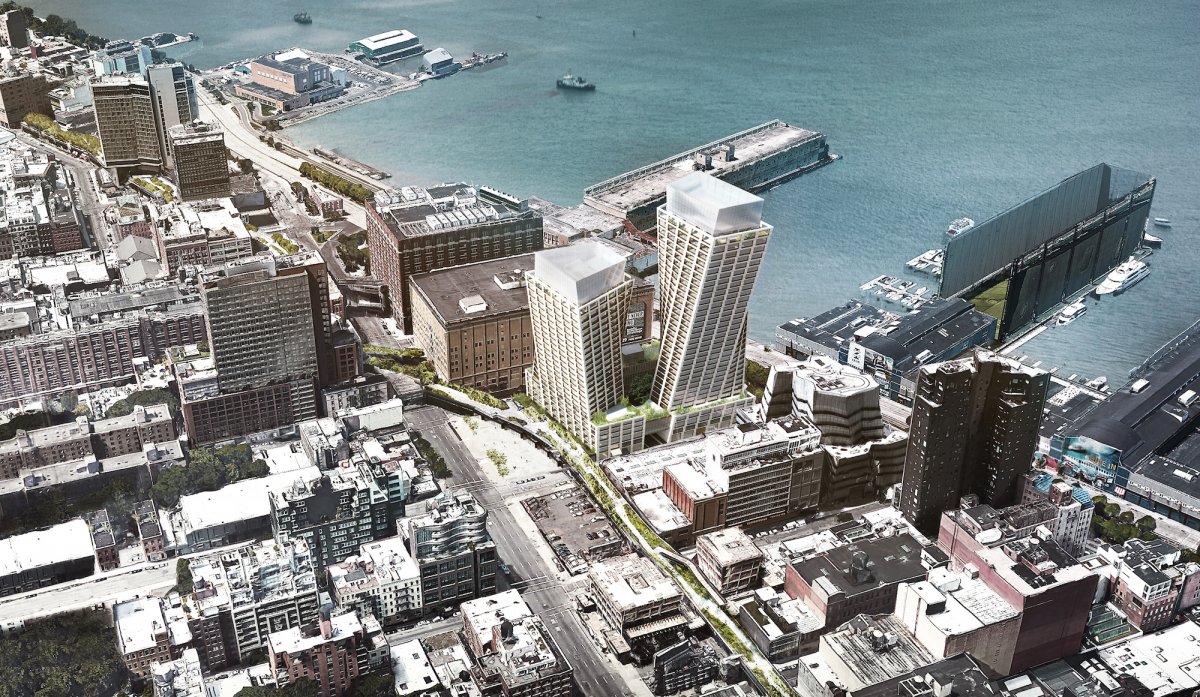 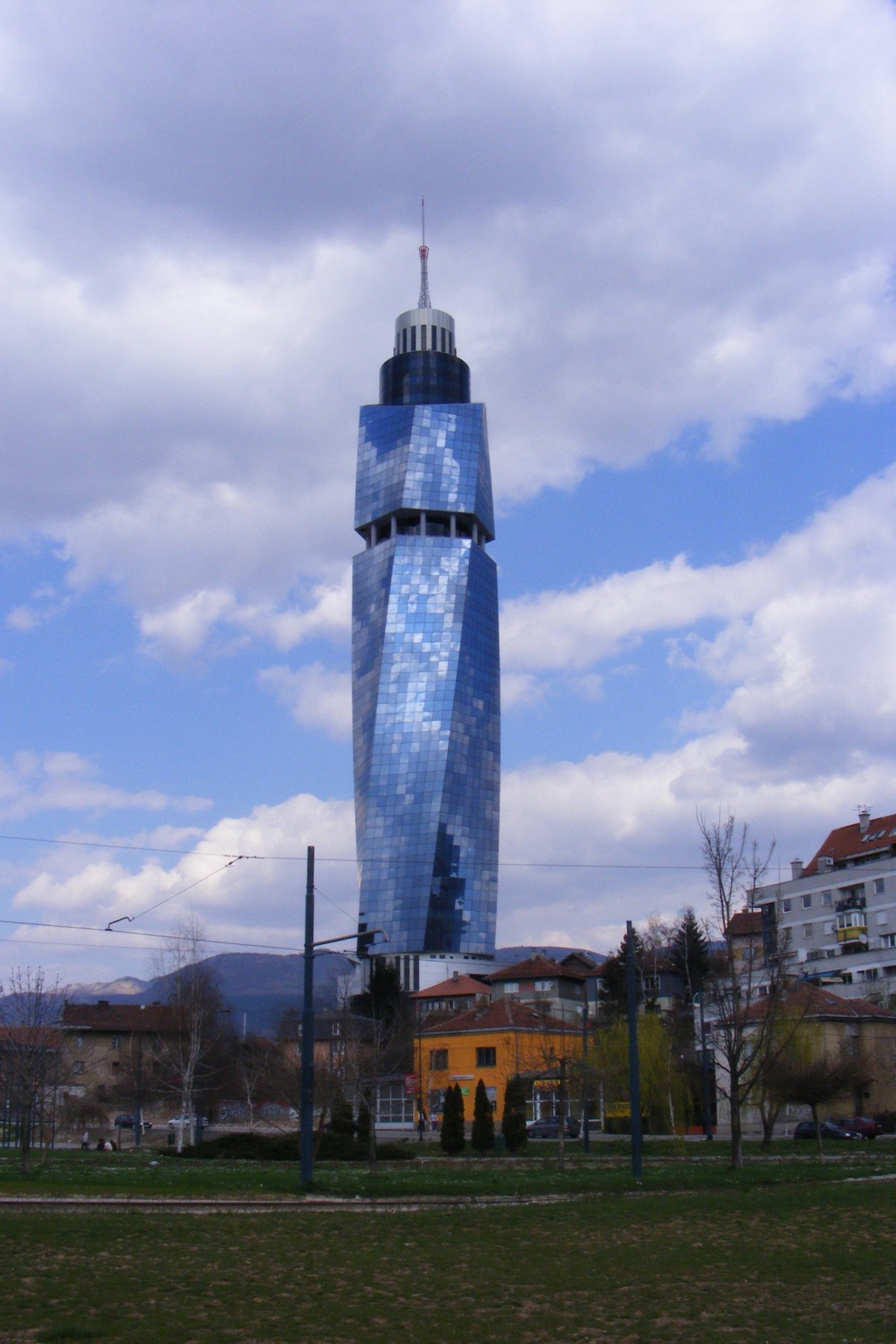 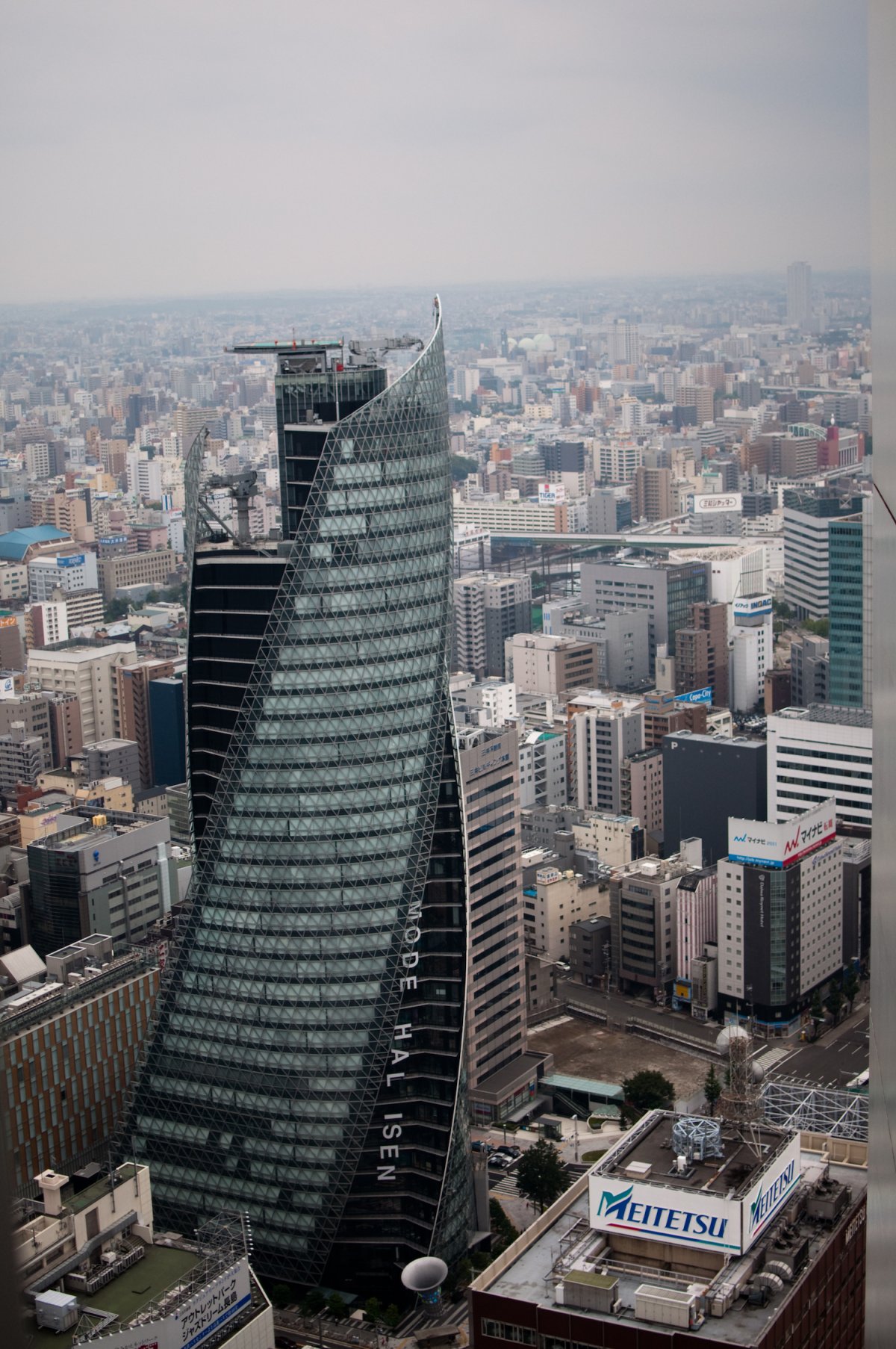 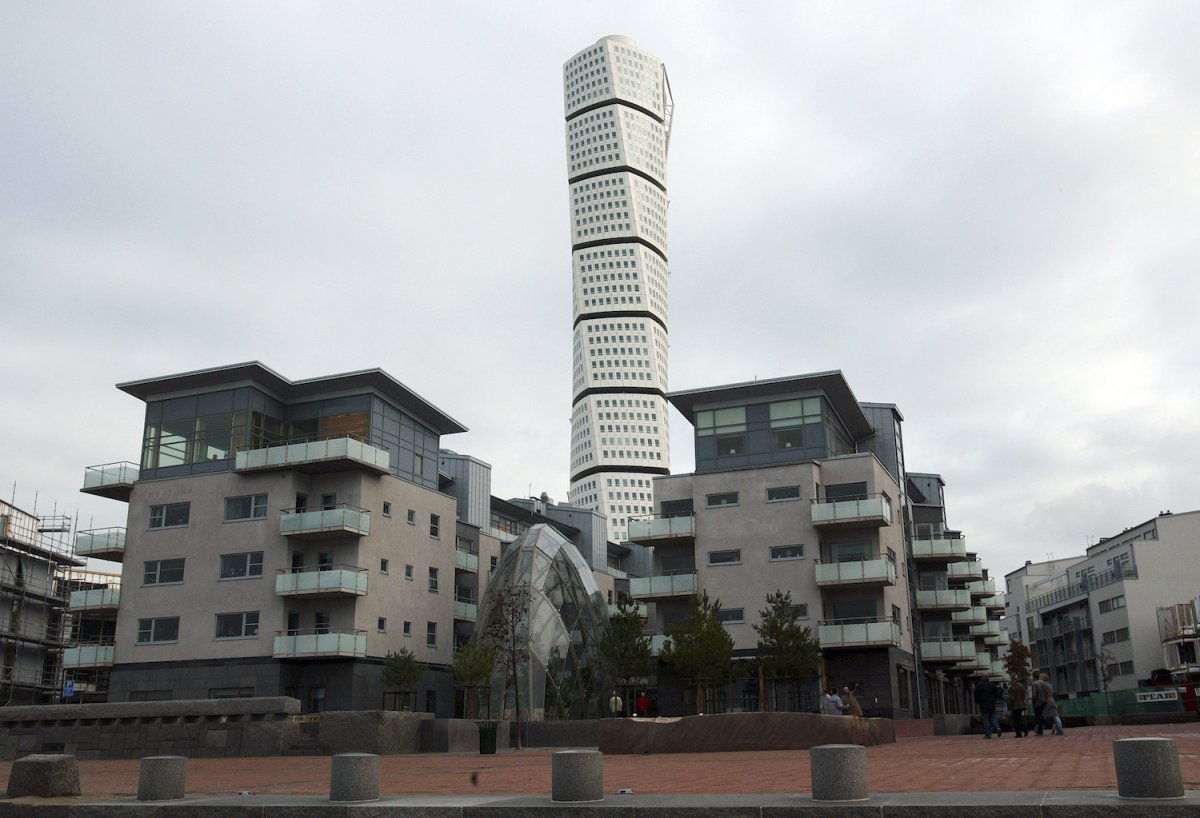 Turning Torso (Malmö, Sweden). Design Of Santiago Calatrava. The altitude of 189 metres. Year built — 2005. The building is divided into nine vertical blocks of five floors, which are top-down turn clockwise. The upper floor is rotated 90 degrees relative to the first. 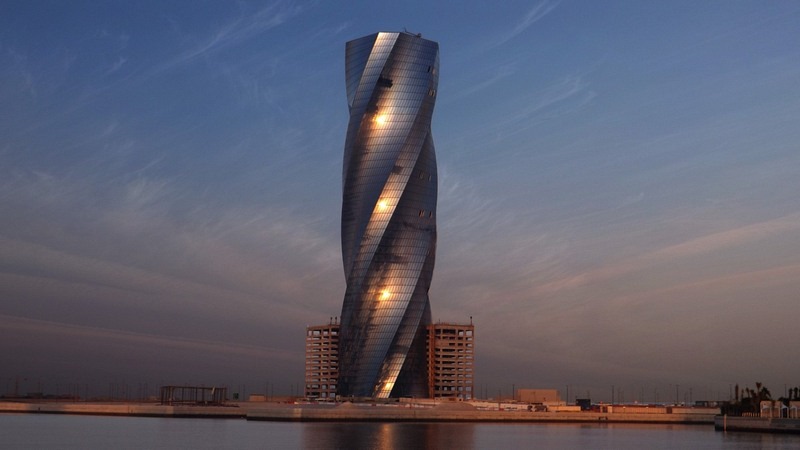 Tower Al-Tijaria (Kuwait, Kuwait). Designer — NORR. The height is 218 meters. Year built — 2009. 41 floor of the tower through cuts through a garden atrium. The building contains offices, shopping center and fitness club, the “green” side of it facing the Park of al-Sura. 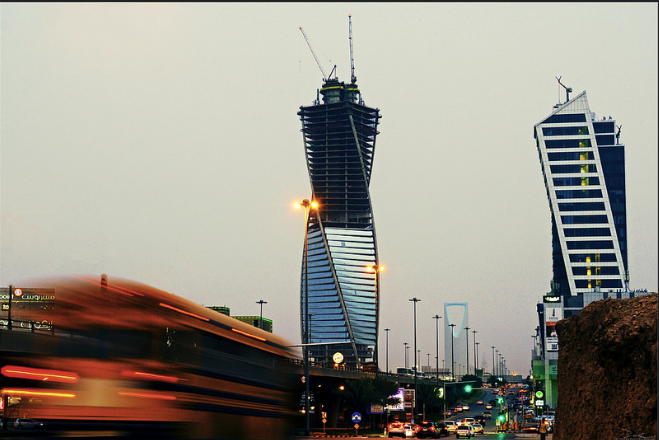 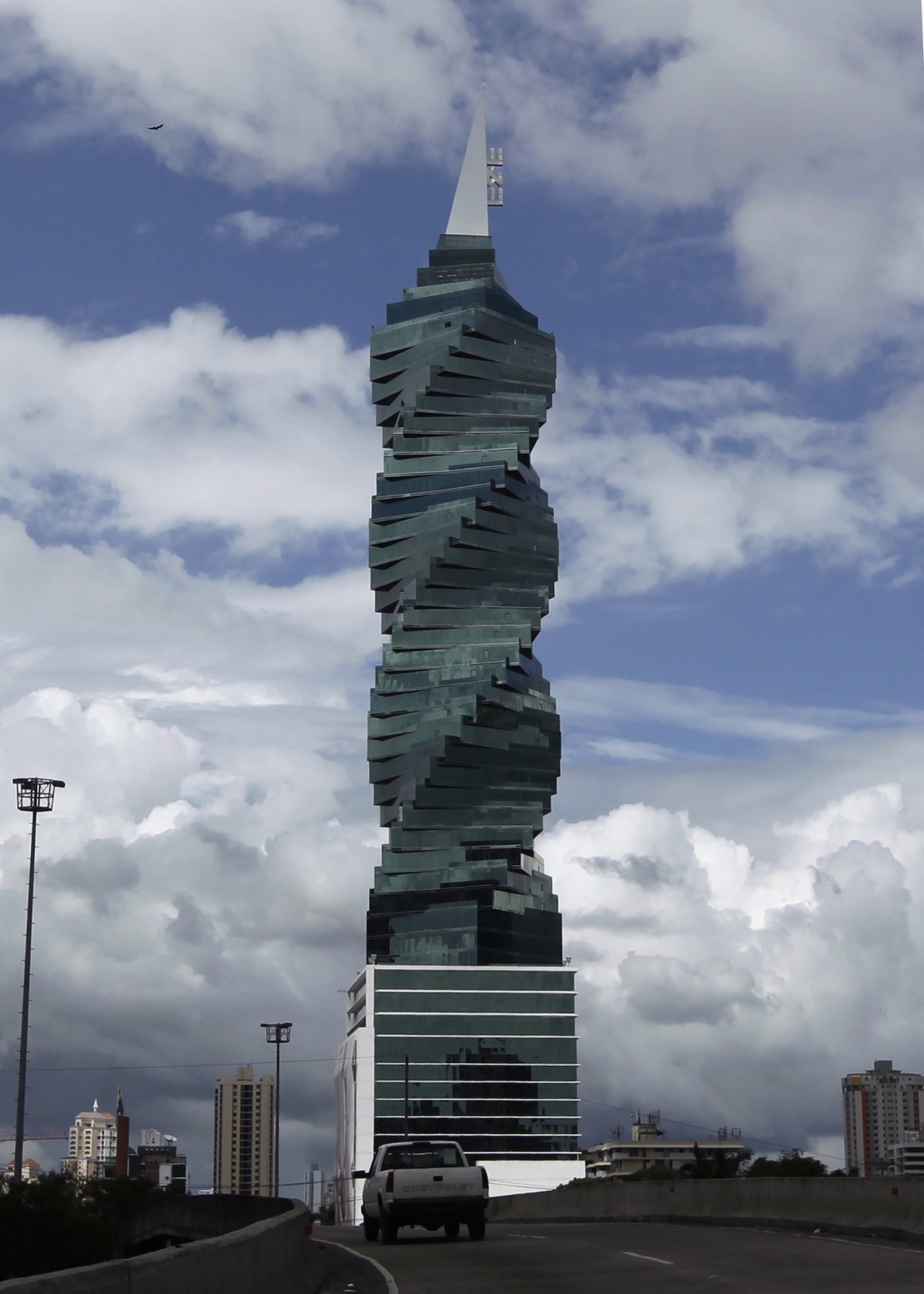 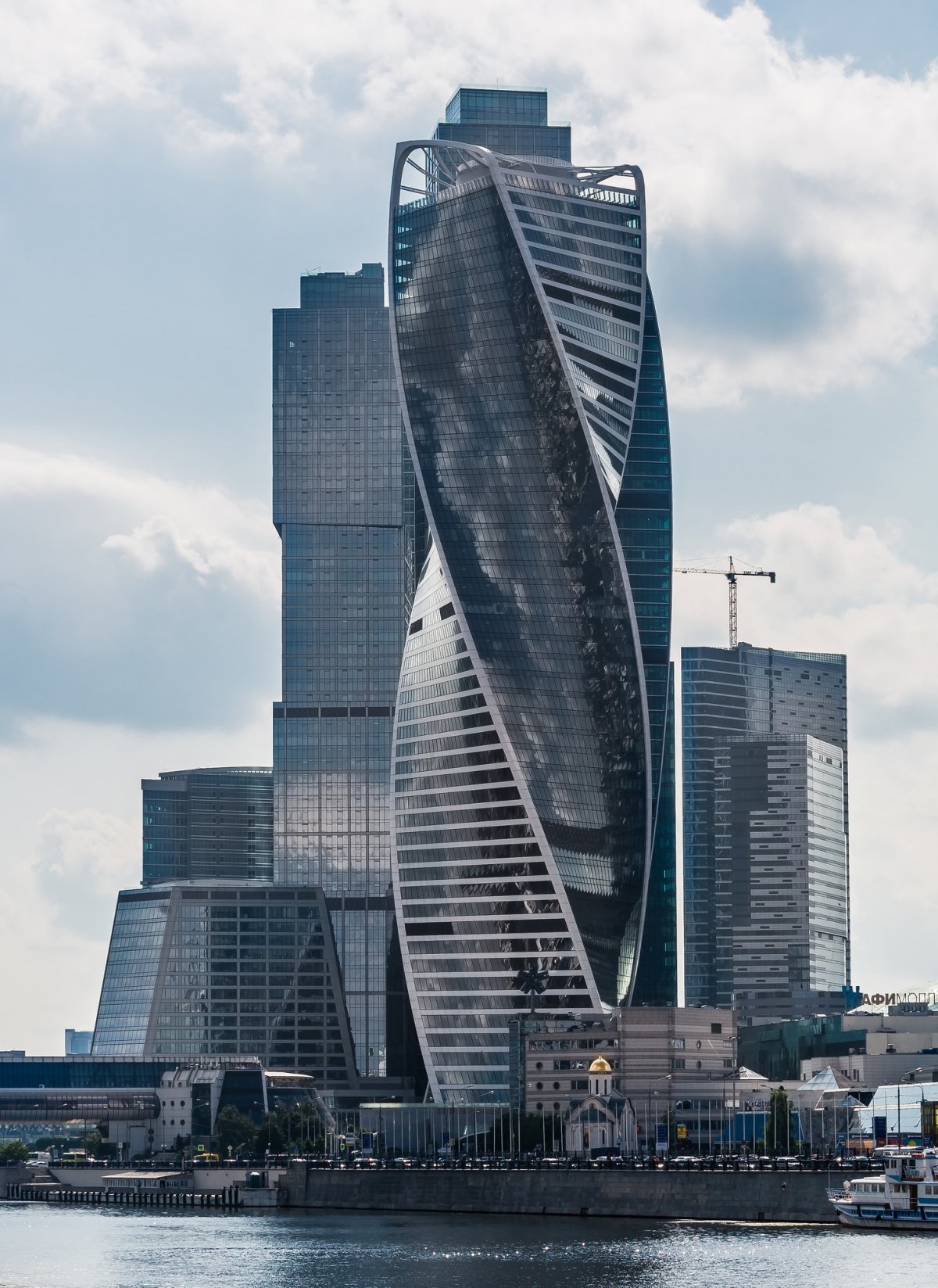 Tower “Evolution”, Moscow. Design of gorproekt, RMJM. The altitude of 246 metres. Year built — 2015. In December 2017 the building plans to move the company “Transneft”. 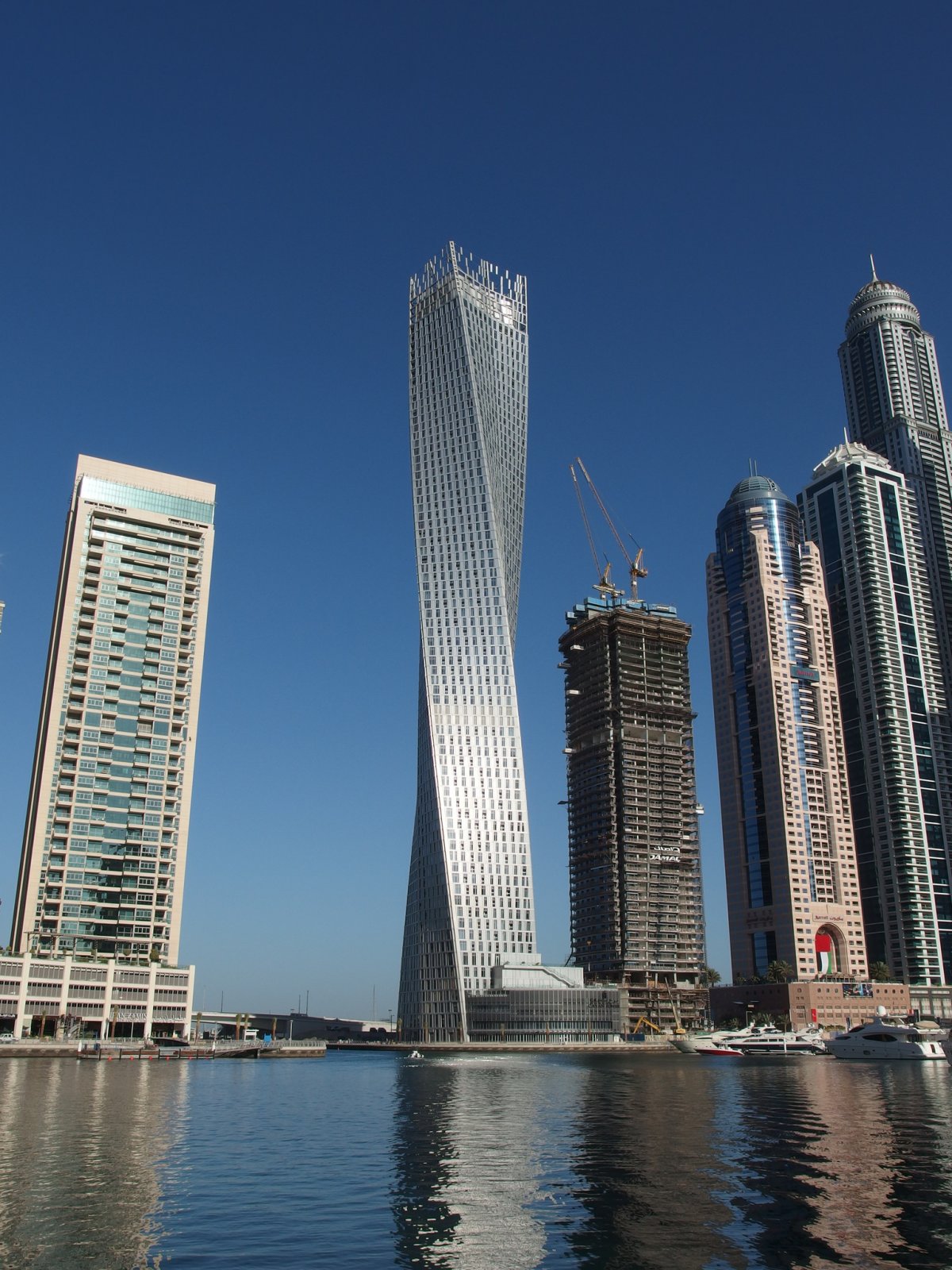 Tower Collapsed Wall And Flooding (Dubai, United Arab Emirates). Design — SOM. The height is 306 meters. Year built — 2013. During construction, the tower was known as “Infinity”, but at the opening the owner said the name change: he wanted to give the building’s original name, which would not have met anywhere else. 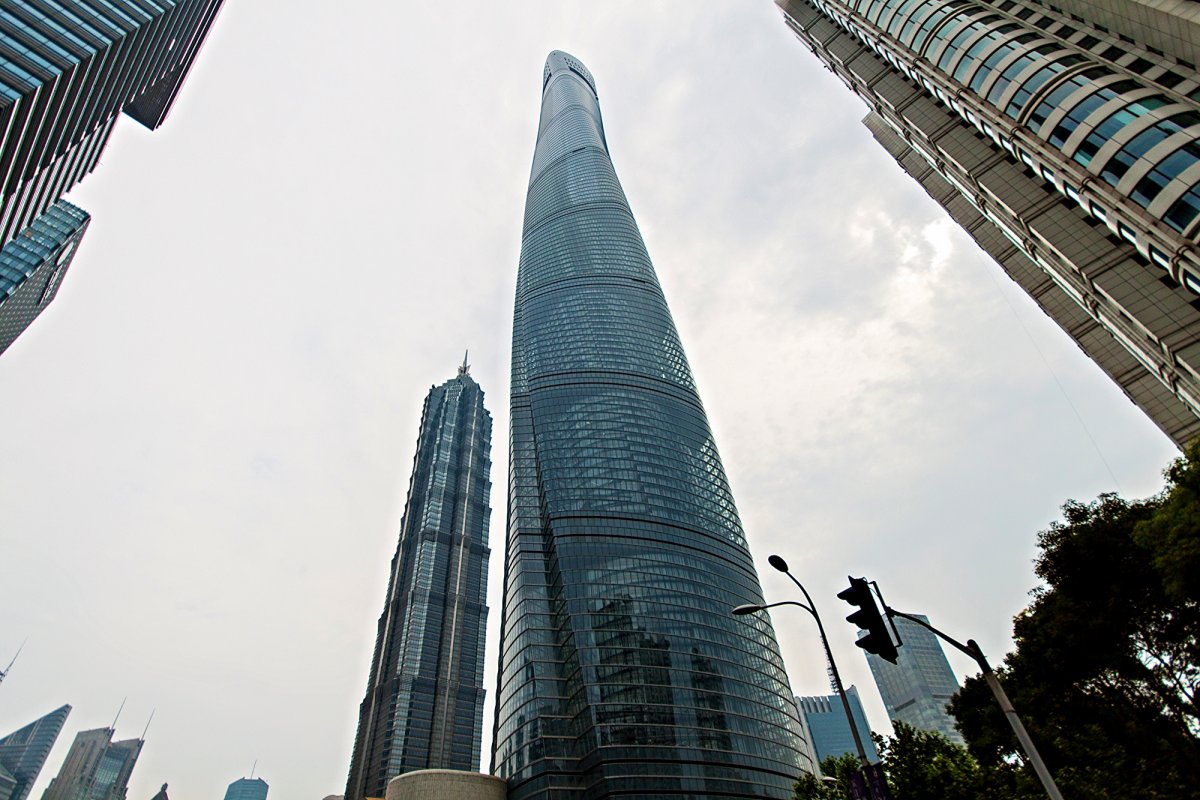 Shanghai tower (Shanghai, China). Design — Gensler. The altitude of 631 meters, is the second tallest building in the world after the skyscraper “Burj Khalifa” in Dubai. Year built — 2015.

Russian roofers Vitaliy raskalov and Vadim mahorov make their way to the construction site of the Shanghai tower. 2014.