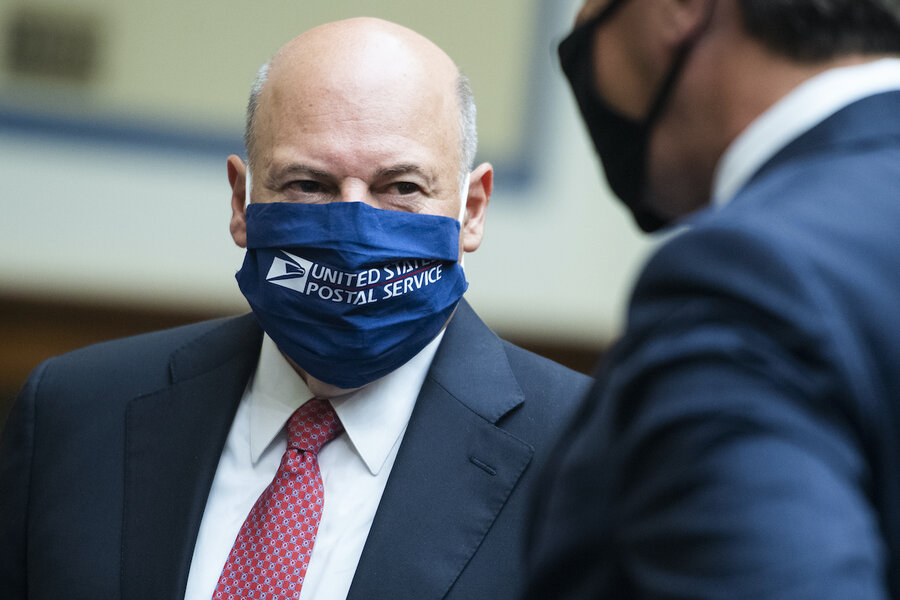 The House Oversight Committee on Wednesday subpoenaed Postmaster General Louis DeJoy for records about the widespread mail delivery delays that have pulled the Postal Service into the political spotlight as it prepares to handle an onslaught of ballots in the November election.

The subpoena, which seeks documents related to operational changes that have slowed mail and the agency’s plans for the presidential election, comes after committee chair Rep. Carolyn Maloney said Mr. DeJoy has not sufficiently answered the panel’s requests for more information.

“It is clear that a subpoena has become necessary to further the Committee’s investigation and help inform potential legislative actions,” Ms. Maloney, D-N.Y., said this week.

Mr. DeJoy, a major donor to Republicans and President Donald Trump, took over the agency in June after a career in logistics and set in motion a set of policy changes that have delayed mail and sparked concern over the agency’s ability to process mail-in ballots this fall.

He has appeared before Congress twice in recent weeks to testify about the removal of the agency’s blue collection boxes and mail sorting machines, as well as changes to trucking operations and overtime hours that postal workers say are resulting in delays. Amid a public outcry, Mr. DeJoy said he halted some of the changes until after election.

Democrats have been pushing for increased oversight of the Postal Service following Mr. DeJoy’s operational changes and Mr. Trump’s baseless claims that mail-in voting will lead to widespread fraud. The president has also admitted that he was withholding emergency money from the agency in order to make it more difficult for the service to process what is expected to be a record number of mail-in ballots due to the coronavirus pandemic.

The committee is also asking for information about how Mr. DeJoy, whose appointment broke a long line of postmaster generals with previous experience at the agency, was picked for the job, as well as any communications between Mr. DeJoy and the Trump campaign.

In a letter Friday to the committee, Mr. DeJoy said postal leadership has expanded a task force on election mail with local officials and said his staff was working to provide the requested materials. He has said election mail is his “No. 1 priority,” and that he will authorize expanded use of overtime, extra truck trips, and other measures in the weeks before the election to ensure on-time delivery of ballots.

A spokesman for the Postal Service said the agency will comply with its legal obligations.

“We remain surprised and confused by Chairwoman Maloney’s insistence on issuing a subpoena to the Postal Service in the midst of ongoing dialogue with her staff on the House Committee on Oversight and Reform to produce information in an orderly fashion. We fully intend to comply with our obligations under the law,” the statement read.

The subpoena placed a noon Sept. 16 deadline for Mr. DeJoy to provide the records.

Separately, an audit  from the inspector general of the Postal Service found that more than a million mail-in ballots were sent to voters late during the primary elections. The watchdog urged greater cooperation between states and the agency ahead of the November election.

The report found state election boards sent more than a million ballots within a week of their primaries, creating a “high risk” that they couldn’t be filled out and returned in time to be counted. In thousands of cases across the country, ballots were sent out after states’ mailing deadlines or on election day.

“Resolving these issues will require higher level partnerships and cooperation between the Postal Service and various state officials, including secretaries of state and state election boards,” the auditors wrote. “Timely delivery of election and political mail is necessary to ensure the integrity of the U.S. election process.”

The report found election officials in Kentucky and New York sent more than 600,000 mail-in ballots late during their primaries. In Pennsylvania, 500 ballots were mailed after election day. Seventeen states sent more than a half-million ballots after mailing deadlines, and 44,000 ballots were mailed on or a day before election day in 11 states. Also, an analysis of political and election mail in seven Postal Service processing centers between April and June identified around 1.6 million mailpieces that were not delivered on time.

The report did not evaluate controversial operational changes implemented by Mr. DeJoy. The inspector general’s office has opened a separate inquiry into those changes.

Mr. DeJoy has recommended that voters request absentee ballots at least 15 days before the election and then return them within seven days from election day.

“To be clear, these recommendations are designed to help ensure that ballots will be delivered and counted, and should in no way be misconstrued to imply that we lack confidence in our ability to deliver those ballots. We can, and will, handle the volume of election mail we receive,” Mr. DeJoy told the House Oversight committee last week.