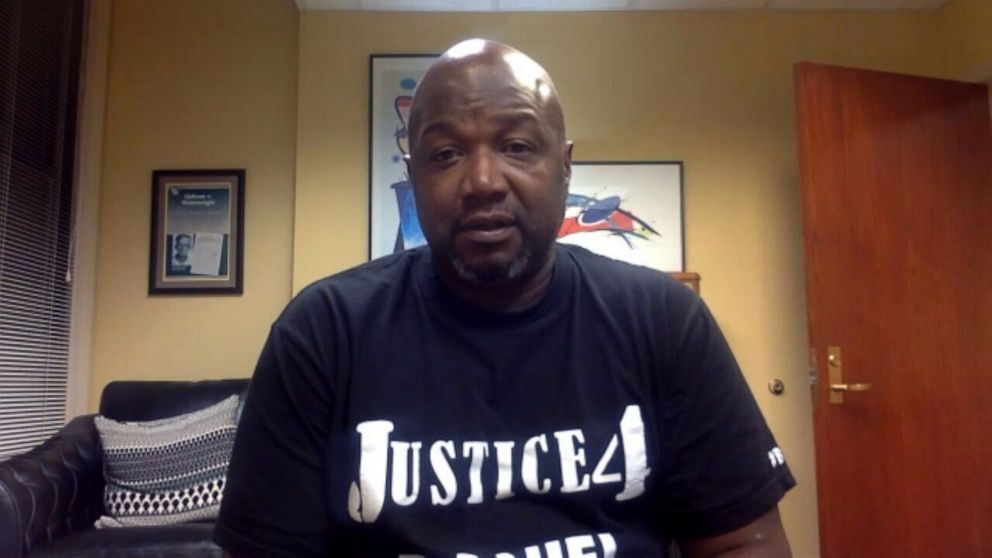 Joe Prude said learning that seven police officers involved in his brother’s death were suspended brought immediate “relief for me and the family.”

“This is the moment that I’ve been waiting to see and dying to see,” Prude, Rochester, New York, said. “I got it. Now all I’m waiting on is to see [the] people get prosecuted to the fullest of the law.”

Prude said that the past six months without his brother have been filled with loneliness, emptiness, sadness, hurt and anger.

“There’s so much, you know what I mean. I just can’t round it up into one statement,” said Prude. “[He] was connected to my hip.”

On March 23, officers responded to a 911 call made by Prude’s family after they said he was going through a mental health issue. The disturbing body camera footage first obtained by the Democrat and Chronicle on Wednesday showed several officers approaching Prude, 41, who was naked and kneeling on the cold street.

In the video, Prude appears to comply with the officers’ orders and questions as they place him in handcuffs. He then begins to shout and spit at the officers, who then placed a spit bag over his head, the video shows.

“That horrific moment was something that I won’t wish upon nobody to see. Don’t no family member deserve to see their family member there being tortured like that,” Prude told ABC News.

Elliot Shield, the attorney representing the Prude family, said the family intends to sue “everyone responsible for Daniel’s death.”

“This incident is only coming to light right now because we requested the body camera footage and all of the police reports under New York’s Freedom of Information law,” said Shield.

He added that they finally obtained the video once police released it to the public, after months of delay.

Protests began outside the Rochester police station on Wednesday and calls for justice have since spread across the country.

Mike Pompeo announces fresh restrictions on Chinese diplomats in US