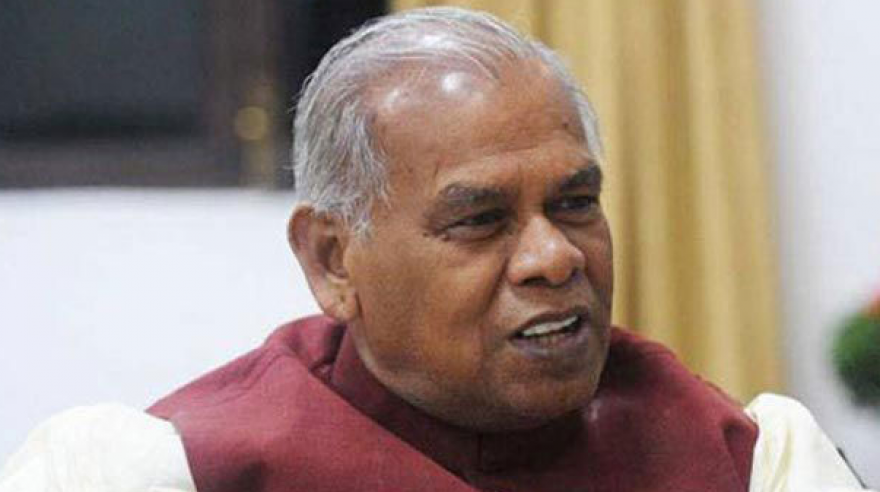 Patna: Days after quitting the grand alliance, the Jitan Ram Manjhi led Hindustan Awam Morcha is set to join NDA in Bihar. According to HAM spokesperson Danish Rizwan, Manjhi will make the official announcement on Thursday.

Manjhi is considered a strong Mahadalit face in the state. His entry into the NDA is being seen as a major setback for the grand alliance ahead of Assembly elections slated to be held in October-November this year.

Sources said that after quitting the grand alliance in August, Manjhi also explored the possibility to ally with several political parties. HAM insiders said that he discussed the issue with Pappu Yadav of Jan Adhikar Party (JAP) and Mukesh Sahani of Vikasheel Insan Party but his talks failed.

A week earlier, Manjhi met Bihar CM Nitish Kumar to discuss his entry into the NDA. HAM insiders said that during his meeting he asked for around 15-20 seats in Magadh region and one MLC seat for himself. But the JD(U) is believed to have offered 10-12 seats.

Clarifying party’s position on the issue of seat adjustments, Rizwan told this newspaper, "Seats are not the issue. Our party is willing to accept any number of seats being allotted by the NDA. Our motive is to stand firmly behind Prime Minister Narendra Modi who is trying to deal with the current economic condition of the country and Chief Minister Nitish Kumar who has been working for the state’s development."

A section in the JD(U) feels that Manjhi’s entry could help the NDA in the expansion of Dalit voter’s base in the state. Dalits in Bihar are over 15 per cent of the total voters and about 40 seats in the 243 member house are reserved for them.

Manjhi was ousted from the JD(U) in 2015 for rebelling against Nitish Kumar who had installed him as Chief Minister. He later formed HAM and contested 21 seats in the 2015 Assembly elections as an NDA constituent. In March 2018, he joined the grand alliance led by RJD. However, after his differences with RJD leader Tejashwi Yadav on the issue of coordination committee he walked out of the opposition coalition on August 20.

QAnon, once a fringe conspiracy theory, edges into the mainstream: ‘Things could get much, much worse’

The Note: Biden seeks own pace — yet in Trump’s footsteps